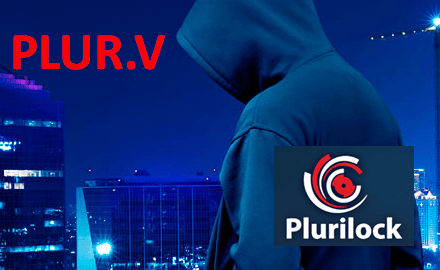 The TSX.V and the NASDAQ have a long history of hosting tech start-ups with high valuations and zero revenues.

SPACs raise cash for an IPO and then go looking for a company to buy.

So far in 2021, North American SPACs have raised more than $90 billion.

“The remarkable thing about some of these SPAC-backed companies is they’re going public before they’ve generated their first revenues,” states the Washington Post.

As every salesman knows, it’s easier to sell the sizzle than the steak.

If you’re old-school and feel more comfortable buying steak than sizzle, we present to you Plurilock Security (PLUR.V) – a $32 million cybersecurity company that “reduces or eliminates the need for passwords by measuring the pace, rhythm and cadence of a user’s keystrokes to confirm their identity.”

On August 23, 2021 PLUR received a $1.08 million USD purchase order from the US Air Force as part of the National Aeronautics and Space Administration’s (NASA) Solution for Enterprise-Wide Procurement (SEWP) program.

On August 19, PLUR received a USD$794,000 purchase order from a California state healthcare agency under the NASPO ValuePoint program.

August 11, 2021 PLUR received an order from the National Aeronautics and Space Administration for $140,000 USD.

In June 2021, PLUR received an order worth USD$180,000 on an existing contract with a California state agency, under the California Multiple Award Schedules (CMAS) agreement.

“The Cybersecurity and Infrastructure Security Agency (CISA) announced the addition of single-factor authentication to the list of bad practices,” reports CPO Magazine, “This authentication method relies on matching a simple attribute, like a username to a password.”

“To receive the full benefit of an MFA capability, organizations should be sure to implement it across all systems, applications, and resources,” CISA wrote. “Requiring multi-factor authentication to gain initial access to an organization’s network (usually the user’s workstation) is a good first step.”

“However, this provides only limited protection to other systems and data within the organization that are protected with only single-factor authentication,” added CISA. 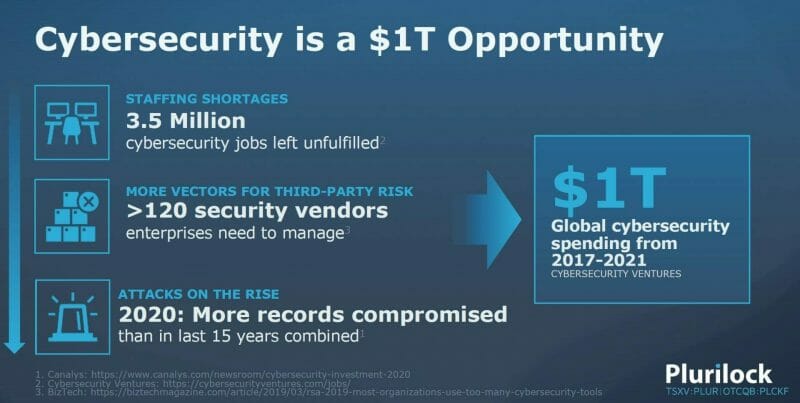 On March 29, 2021 PLUR announced that it has signed an agreement to acquire 100% of Aurora Systems Consulting – a provider of advanced cybersecurity technology and services based in California.

Aurora’s margins are low (4.9% of revenue) but the kicker here for Plurilock is that Aurora has big customers – like the U.S. Department of Defense – and an existing high-performance sales team.

“Our Technology Division is in the business of rethinking authentication from the ground up,” stated Paterson, “Traditionally, authentication is you proving yourself to the computer. Type a secret that only you and the computer in theory knows.”

“If we equate this to a house,” added Paterson, “We’re talking about the deadbolt on your front door. You can have strong steel. You can have a key with serrations on different plates. But even we check at the beginning of the day that you’re the right person, how do we know that you’re still the same person later in that day? Or at night? Or later in the week?”

“Industry is looking for a new way of securing accounts,” stated Paterson, “If you recall, the Colonial Pipeline Attack, the attackers got in with stolen password. Once they have that initial access, then they were able to do their nefarious deeds. You can understand why Chief Information Security Officers are looking for a solution.

On June 29, 2021, Plurilock added retired U.S. Navy vice-admiral Jan E. Tighe to its advisory board, who currently serves as an independent director on the board of Goldman Sachs.

Plurilock is a small company with a clever solution to a growing problem.