“Denny’s is an iconic brand in Canada having been in operation for over 60 years and we are proud to provide NATERA entrees to this well-known family dinner. In addition to better personal health, choosing to eat more plant-based foods will drastically cut your carbon footprint as well as reduce water consumption making the planet healthier as well. Whether you’re vegetarian or flexitarian or just looking to try plant-based entrees, you can experience the great taste of NATERA foods in the comfortable setting of a Denny’s Restaurant,” stated Naturally Splendid CEO Mr. J. Craig Goodwin.

Lets be honest with ourselves. When I think of Denny’s I don’t think of healthy meals, or plant-based alternatives. The first thing that comes to my mind is a greasy plate of bacon, eggs and sausage accompanied by a diabetes-inducing Cake Batter milkshake. However, with an increasing demand for meat alternatives in Canada and around the world, seeing plant-based foods at restaurants like Denny’s may become commonplace. According to a survey conducted by Dalhousie University and the University of Guelph, 6.5 million Canadians, or roughly 20% of the population, identify as flexitarian or have cut meat out of their diets entirely.

With this in mind, a multitude of factors have contributed to the rapid growth of the vegan food market, which is expected to reach USD$24.06 billion by 2025, registering at a compound annual growth rate (CAGR) of 9.6%. Some of these factors include, concern for the environment, health and wellness, ethics, and diversity in protein sourcing. With regards to protein sourcing, Naturally Splendid has established itself as a leading supplier of protein-rich hemp seeds to South Korea. Since March 3, 2020, Naturally Splendid has completed three shipments to South Korea, with its latest shipment equating to 20 tons.

“Denny’s is a place founded in community, where everyone can enjoy great tasting food at a great value, and we are proud to offer menu items that benefit the health of our guests and communities. In partnership with the team at Naturally Splendid, we are excited to launch the test of seven NATERA-inspired entrees to guests at five of our restaurants in B.C. Upon successful completion of the test, and when all dining restrictions are lifted, we look forward to introducing our most popular NATERA menu items at most Denny’s locations across Canada.” said Deborah Gagnon, President & COO, Denny’s Canada.

There are currently more than 70 Denny’s Restaurants across Canada, 20 of which were opened in 2020. According to Naturally Splendid, Denny’s will be offering NATERA Chick-Un products at five of its BC Denny’s Restaurant locations at some point this month. Once dining restrictions are lifted, Denny’s fans can expect to see additional restaurants offer Naturally Splendid’s NATERA plant-based products. 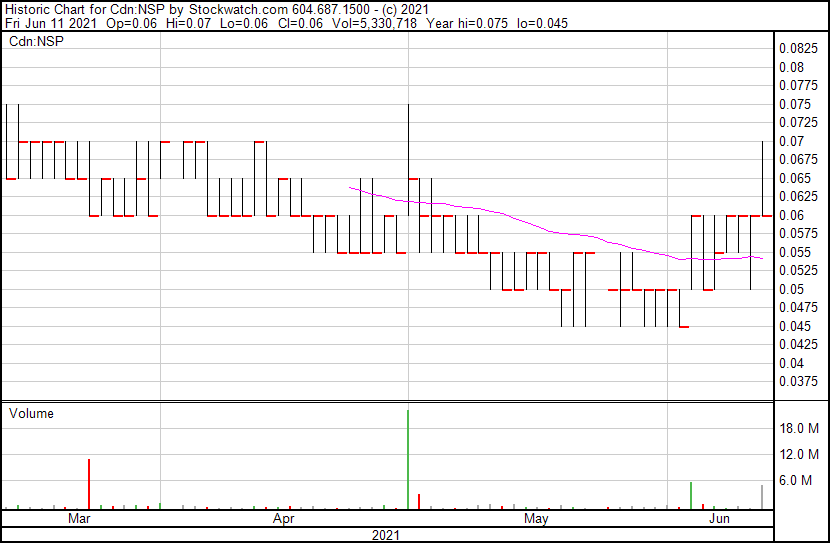 Naturally Splendid’s share price opened $0.06, up from a previous close of $0.055. The Company’s shares are up 9.09% and are currently trading at $0.06. This indicates that there has been noticeable change following the news.