The two companies are working together to establish Digital Currency Miners of North America (DCMNA) which will work on decentralizing the Bitcoin hashrate and providing more transparency for North American miners.

“To date, companies such as ours have relied on pools primarily based in Asia to connect to the Bitcoin network, and we have been frustrated by the lack of transparency and audited data. Marathon has been a leader both in terms of market capitalization and also in terms of lobbying regulators on behalf of our industry, and we look forward to working diligently to build the capabilities of DCMNA on behalf of our mining partners and DCMNA’s new members,” said Merrick Okamoto, Marathon’s executive chairman. 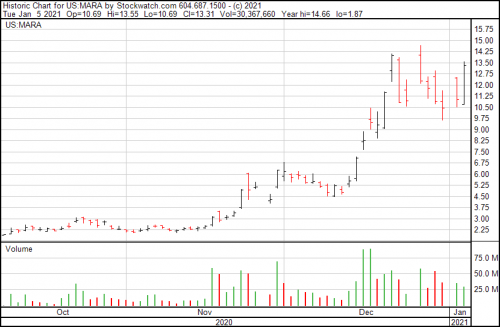 Marathon’s been on a run lately, riding high on the headwinds caused by the Bitcoin rush to the tune of bouncing from a low of $2.25 in October to where they are now at $13.40. 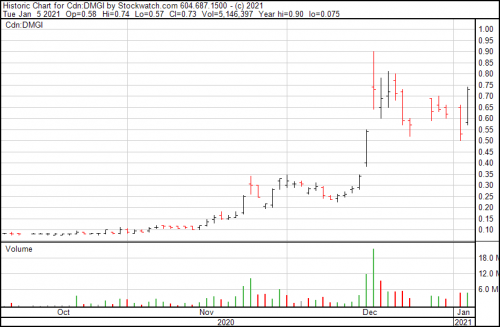 In comparison, DMG isn’t doing nearly as well as Marathon, but even they have seen considerable strides in their price, soaring from $0.10 in October to where they are now at $0.73.

Benefits of the mining pool will include: