In its inaugural season, The Knights were assembled from assets over-looked by its competitors. No superstar players. No storied coach. Just a bunch of gritty vets with fire in their eyes.

“This first season is gunna suck,” predicted one Knights fan outside the T-Mobile arena prior to the first home game.

But that is not what happened.

The Vegas Golden Knights opened the 2017-18 season with 500-1 odds to win the Stanley Cup,” recounts EPSN in June of 2018, “Not only did this team come closer than anyone could have predicted — losing in the Stanley Cup Final to the Washington Capitals – but its season was one of catharsis and inspiration”.

Valeo is a specialty pharma company that commercialises prescription products in Canada with a focus on Neurodegenerative Diseases, Oncology and Hospital Specialty Products. 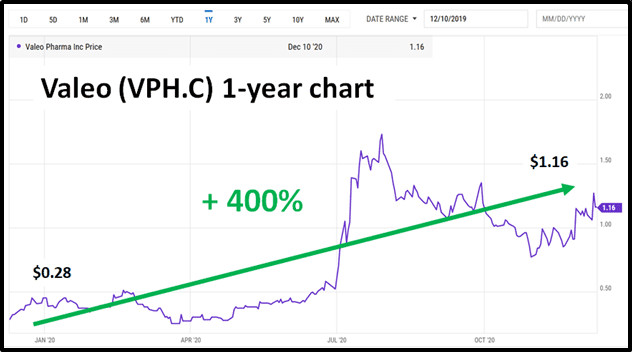 How can small-cap pharma company move a volume of commercial products through its development pipeline rapidly?

Of these, Steps 1 to 3 have the highest cost. Valeo avoids both these costs.

They partner with companies that have drugs that are already in the commercialization stage.

Valeo has established infrastructure and partnerships to navigate the Canadian landscape of drug commercialization.” – End of Agahi.

Formulating a good concept is one thing.

Executing it is another. 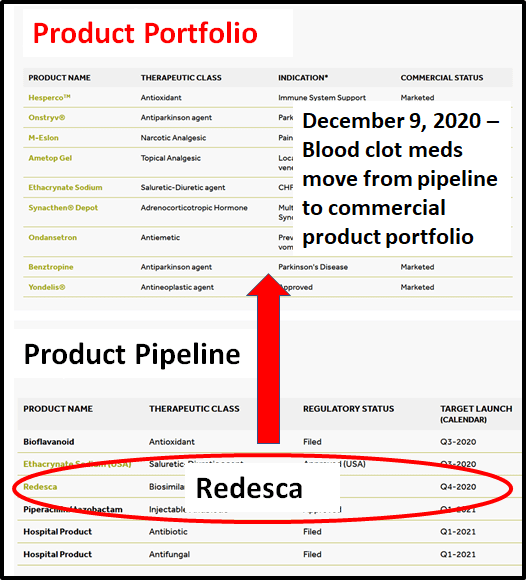 These are the two most common types of “hospital-associated blood clots”.

1. Deep vein thrombosis (DVT): a DVT is a blood clot (also known as a thrombosis) that forms in a deep vein, most commonly in your leg or pelvis.

2. Pulmonary embolism (PE): A clot that becomes dislodged and passes through your blood vessels it can reach your lungs.

“Biosimilar drugs are often confused with generic drugs,” explains The Cancer Center, “Both are marketed as cheaper versions of costly name-brand drugs. Generic drugs are identical to the original in chemical composition, biosimilar drugs are ‘highly similar,’ but close enough to accomplish the same therapeutic and clinical result.

“The regulatory approval of Redesca is a significant corporate milestone for Valeo and also great news for the Canadian healthcare system,” stated Valeo CEO Steve Saviuk, “Mandatory use of biosimilars is increasingly being adopted across the country and is expected to help provide significant savings to provincial healthcare plans.”

In the video below, Saviuk talks to Equity Guru’s Jody Vance about the significance of the Redesca Health Canada approval – and Valeo’s macro-objectives.

“There are many small companies that develop innovative drugs, whether it be in the U.S., in Europe or in Asia, that do not have the capacity to set up operations in Canada,” explains Saviuk at the 3:30 mark of the EG interview, “It’s upon us to find these opportunities, in the selected therapeutic areas”.

“Our job includes making doctors aware, and to try to get governments to pay for these drugs – which is an aspect of the pharma industry that people don’t often think about.

The provincial governments each regulate their own provinces drug plans and they pay for about 50% of all prescription drugs consumed in Canada”, added Saviuk. 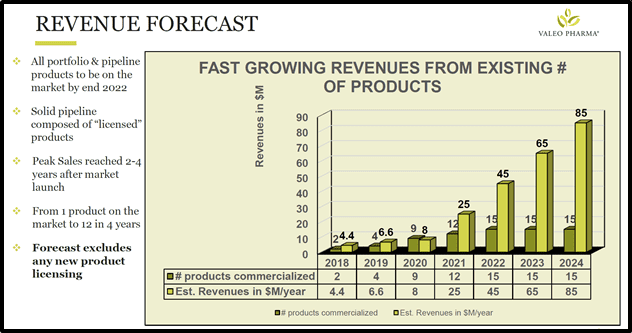 “Roughly 1 out of 10 hospital deaths are related to blood clots in the lungs,” reports the Center for Disease Control (CDC).

Blood clots are a leading cause of preventable hospital death in the United States.

The Health Canada approval granted on December 9, 2020 gives Valeo a green light to bring Redesca to the Canadian market.

“With more than 8 years of proven in-market safety internationally and a robust supply chain ensuring product availability, we expect Redesca to play a major role in the achievement of our growth objectives,” stated Saviuk.

Since then, the desert grinders have made the playoffs every season – amassing an over-all record 133-80.