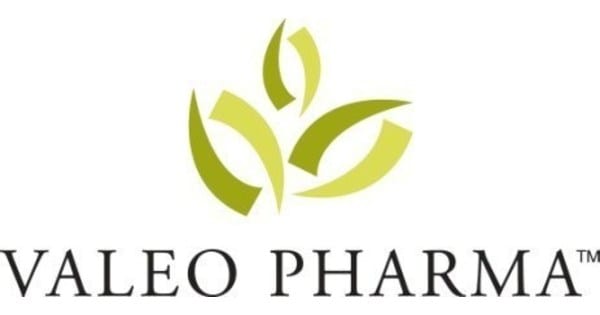 For part I of this series please click here.

Cities across Canada are gradually returning to business as usual, and we’re winning the fight against Covid-19 (don’t look south of the border). Thanks to all citizens still wearing hats to hide their botched home-haircuts, and our essential workers who literally put their lives on the line.

In small-caps, Canadian Biotechs are surging. And not just because they’re riding the COVID-19 news cycle.

It’s about time. Biotech and pharma stocks have typically been shunned by Canadian investors – who favor precious metals and cannabis, and whose idea of a good investment doesn’t come from due diligence, but from whatever Eric Sprott is invested in (to be fair, that’s still a better strategy than your Reddit source). In fact, Canadian biotechs give offensive lines in the NFL stiff competition for the MUE (Most Underappreciated Entity) trophy.

This new recognition is well deserved. COVID-19 may have diverted savvy investors to examine biotech, but due diligence has revealed undervalued picks. And when this happens, you’d be hard-pressed to find someone willing to sell you enough of those precious shares.

So when this happened with Valeo Pharmaceuticals (VPH.CX), it caught our eye. The stock has surged over 100% in a month and over 50% in merely one week. 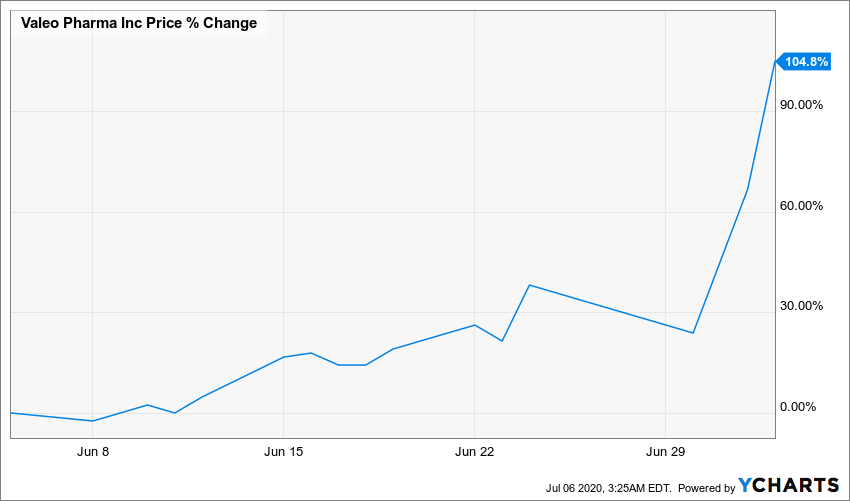 So? Plenty of small caps surge just as much. Why are they important?

The company intends “to become a leading Canadian focused Specialty Pharmaceutical company and be the partner of choice for international companies wishing to enter the Canadian market.”

Imagine you are part of a large company. This company has a dedicated team of professionals with a proven track record of success, with intimate knowledge of operations of the company, and an incredible global network, whose job it is to continuously search for the latest innovation that can be incorporated by your company. These innovations will increase the efficiency of your company and ultimately make the company significantly more profitable.

In this case, the company is the Canadian health care system and all of its professionals, and the team is Valeo Pharma.

Last when we wrote of how one might go about doing due diligence on a biotech stock, here’s what we recommended:

“Invest in companies that make sense even if the pandemic had never happened.

Across the board, ask questions around three major themes:

In other words, ask yourself the following:

Valeo separates itself from the pack by demonstrating superiority in its business operations.

So here’s what they do:

They find companies that have products in established drug markets, but not in Canada. They develop a partnership with that company to in-license the drug. They commercialize and market the product in the Canadian market.

It’s really that simple. According to President and CEO, Steve Saviuk:

“Valeo Pharma is about creating partnerships, both with International partners and with members of the Canadian Healthcare Industry, to bring innovative products of the highest quality to the market, quickly and efficiently.”

So you don’t need to be an MD, or a scientist, or an expert with a nuanced understanding of the human body and its workings to see the prudence in such a business model. In Valeo’s case, the vision couldn’t be clearer:

Of these, Steps 1 to 3 have the highest cost. Explicitly, this is monetary as capital spent on years of research and drug development has no guarantee of a licensed FDA approval or an international regulatory approval in a large enough target market. Implicitly, the cost is time. Every additional quarter or year spent in getting regulatory approval is added sunk cost and can be enough to wipe out a firm.

Even after you’ve crossed those hurdles, new drugs can face steep barriers to entry when it comes to expanding to international markets (which requires more approval), or entering an existing market (which needs major strategy and commercialization).

Valeo creates a win-win for itself by avoiding both these costs. First, they partner with companies that have drugs that are already in the commercialization stage, so Valeo avoids major explicit costs when it comes to capital expenditures on research and development.

Secondly, it avoids the major implicit cost of time, because Valeo doesn’t wait two or three years for regulatory approval. It simply finds companies that have already passed those initial hurdles but haven’t entered the drug market.

The result: Valeo adds value by offering a unique opportunity to existing firms that would benefit from a market entry in the Canadian markets. Valeo has established infrastructure and partnerships in navigating the Canadian landscape of drug commercialization, so it benefits drugs that haven’t yet entered the country.

Valeo has a solid strategy in place to grow its revenues. The profit potential for a new drug is largely dependent on a firm’s ability to set prices. This is often dependent on how long it took to develop the drug, how big the potential market is, and how long the firm can sustain its monopoly. 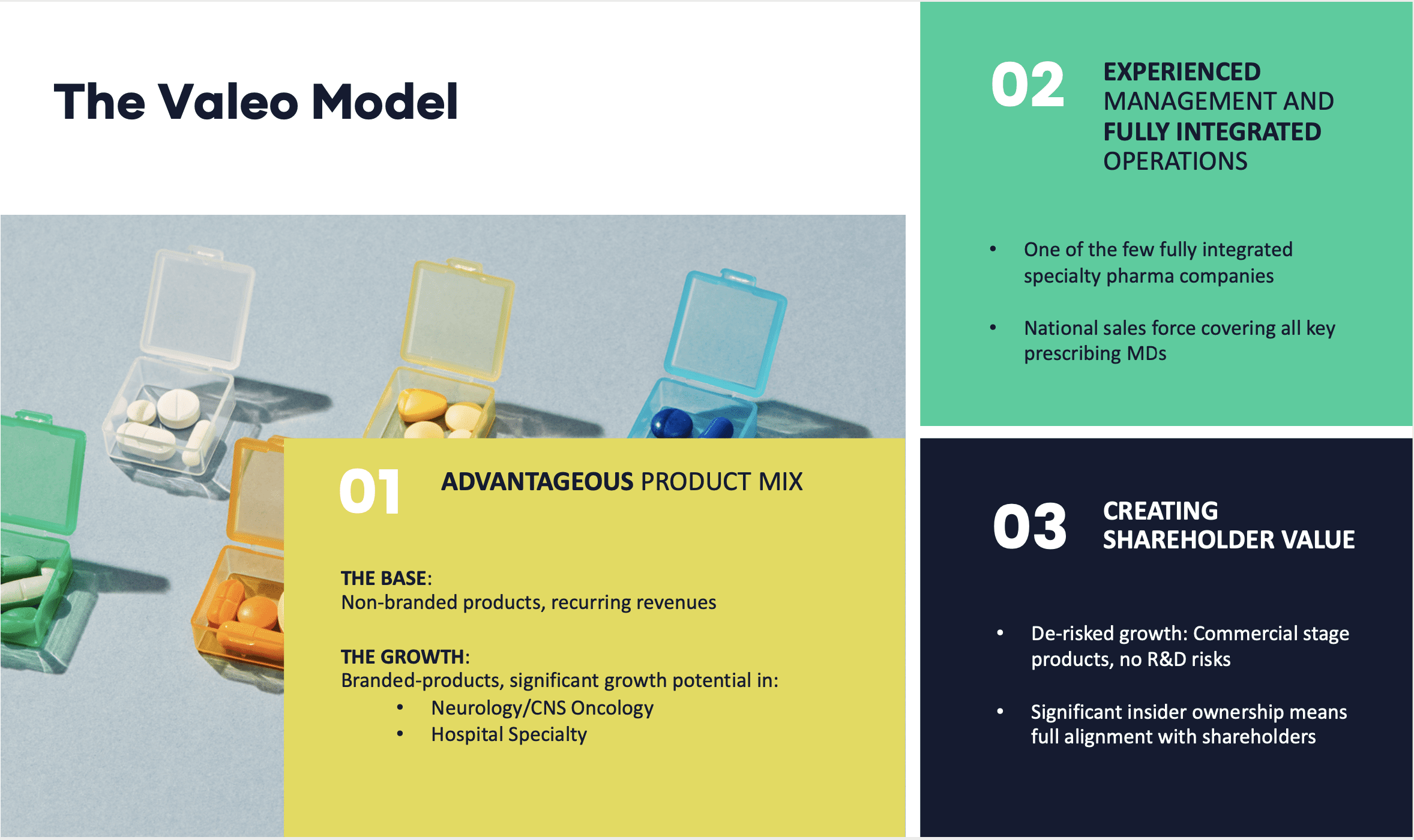 Valeo has a two stage plan to grow its bottom line revenue.

First, it will establish a base of non-branded, generic drugs that will allow the firm to generate a simple, predictable, steady cash flow from operations. Drugs in this category are not “niche”, so sales and marketing efforts are reduced, while profit margins via licensing the drug are captured to a greater degree. 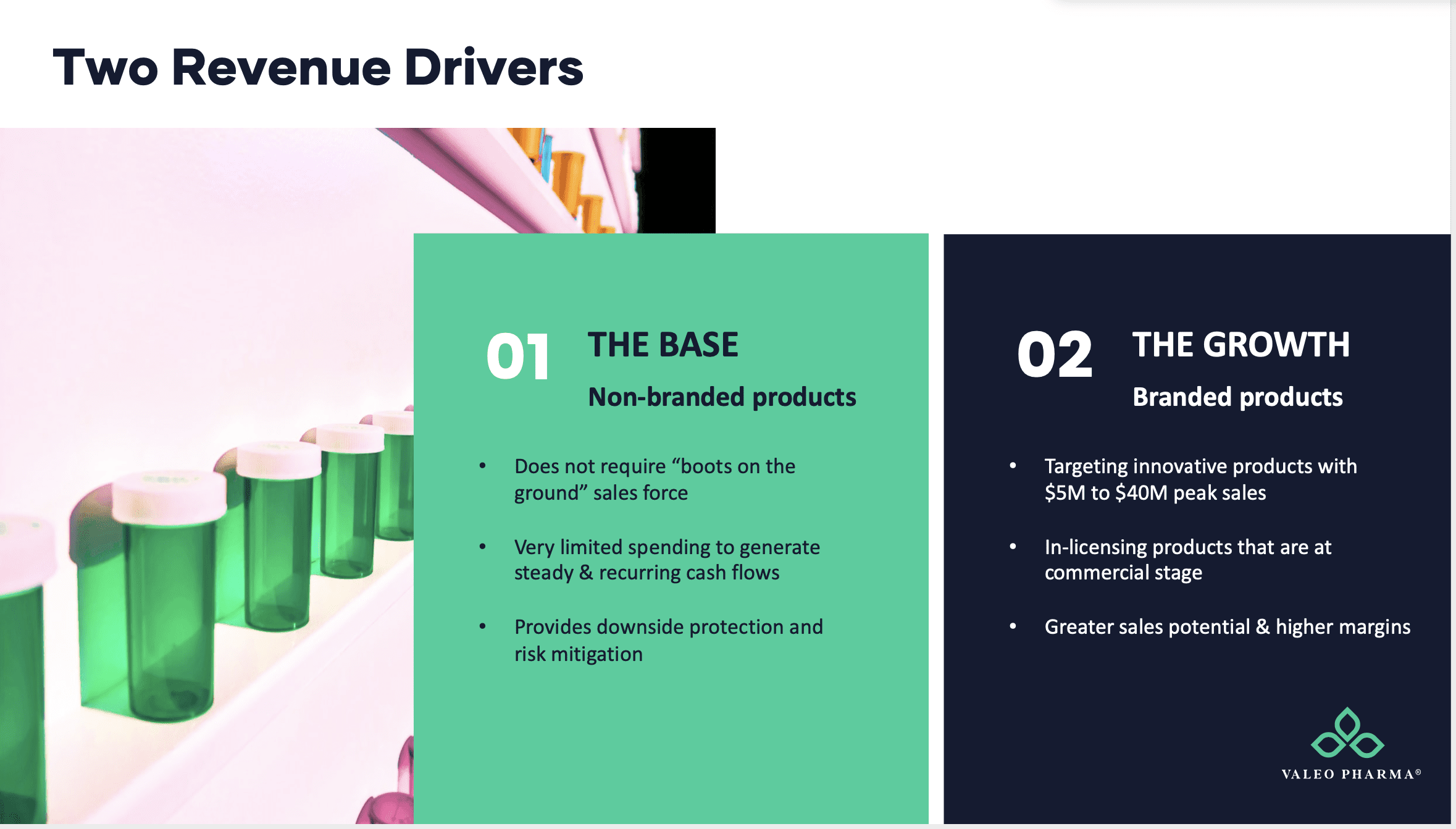 Second, after establishing a steady base of cash flows, it will move to more niche, branded products that have a greater sales potential and can offer better margins.

For example, Onstryv® is a potential branded drug the firm plans to market, and it has a market size of $106M. In Canada, this would be the first new treatment for Parkinson’s launched since 2006, and has the potential to benefit 100,000 Canadians. Assuming it captures 10% of the market, with $10 million in sales, it will have a potential margin of 70%, bringing in close to $7 million in profit.

If you’re still skeptical, here’s proof that the business model has been validated.

No matter what you think of the pharma industry, it is impossible to deny JnJ’s
success, with $82.06 billion in revenue in 2019.

Johnson & Johnson is a large multi-dimensional company with a business model to provide innovative products to advance the health and well-being of the global population. The structure of their operating model suggests they are focused on long-term growth over short-term gains. 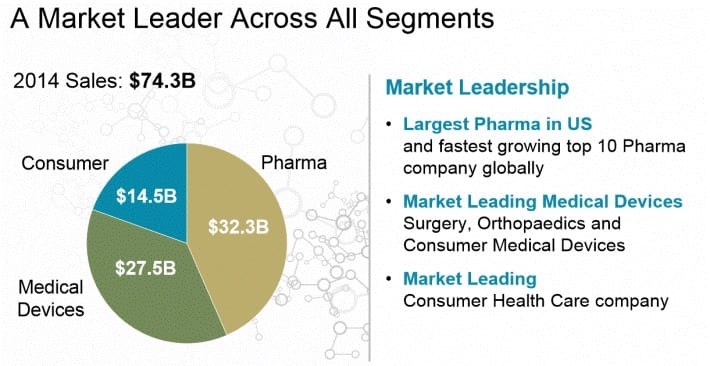 Their model was predicated on investing heavily within their medical devices sector in the early 2000s, however, after suffering some losses (Particularly, losses on two operating companies, Orthoclinical Diagnostics and Cordis), they quickly shifted focus to another area of the company to pick up the slack. This shift moved to their focus on the pharmaceuticals sector.

The strategy deployed involved acquiring companies with promising drug trials. The operating strategy that allowed J&J to create and sustain a competitive advantage in the healthcare industry was its decentralized management approach.

Once J&J acquired a company, rather than waste valuable resources and time on merging the new company’s model to fit within their own, they allowed the firm to operate on its own. There are deviations to this strategy, but in general, J&J takes a backseat approach.

Valeo does not acquire the actual company but rather the Canadian rights to the commercial stage, innovative, proprietary drugs. Valeo has the capabilities and full infrastructure to register and manage its portfolio through all stages of commercialization.

The similarity in this business strategy becomes even more evident when you consider that Valeo Pharma holds the Canadain rights to Yondelis®, a drug approved Soft tissue sarconma (STS). The US commercialization rights to this drug is held by….you guessed it…Johnsons and Johnsons.

On their website, under the “who we are” section, you will find:

“HLS Therapeutics Inc. (HLS.TSX) is a specialty pharmaceutical company focused on the acquisition and commercialization of late-stage development, commercial-stage promoted and established branded pharmaceutical products in the North American markets. “

This business model works for pharma giants as well as up and coming companies.

So the question is if the leadership is competent enough to successfully execute this business model. Here’s who’s running the show:

Steven Saviuk, an original co-founder of Valeo Pharma, has already executed a successful exit, when Valeo Pharma sold its entire product portfolio to Valeant in 2014 for $27 million, a 350% return to shareholders.

There are no sure bets in the market but with Mr. Saviuk leading a team made up of individuals with years of experience in the sector, is like picking the Montreal Canadiens of the 1970s to make it to the Stanley cup finals – with Jean Beliveau as their captain.

Finally, let’s took a look at the most important data point that validates competent execution of strategy:

Valeo’s recently released its Q2 financials, headlined by a $900,000 loss. The doom and gloom of this loss, quickly turns into optimism as you analyze the numbers closely. In other words, when you look at the performance of the company over time, you put things to perspective: 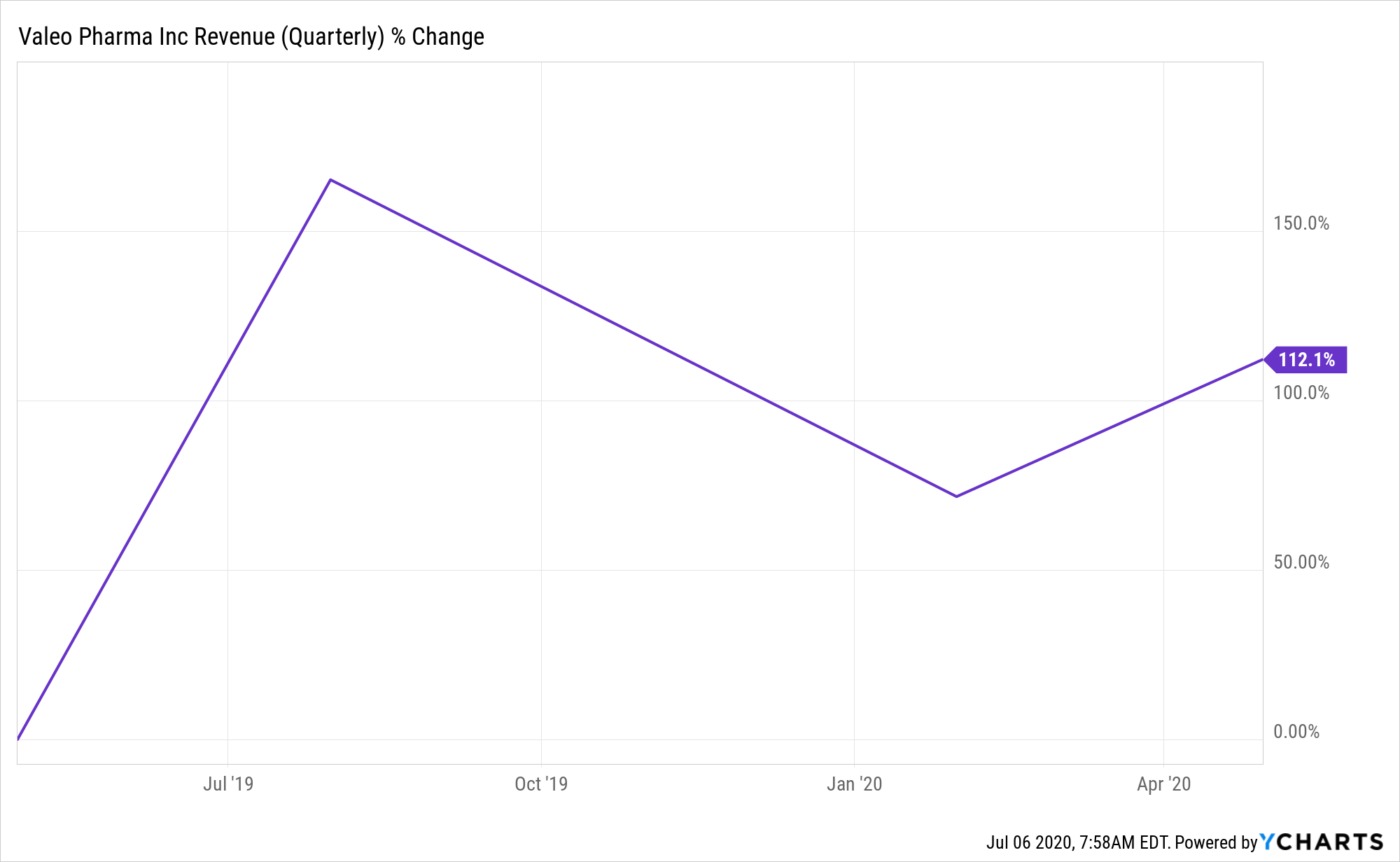 Note that these are the numbers when Valeo has only cashed in a part of its sales from “the base” product mix. The notes above are only a glimpse of what is yet to come.

These are steady cash flow generating drugs because:

“The Growth” product mix is the source of most of our enthusiasm. Still in its embryonic stages with only 1 of its products commercially available, The Growth mix consists of proprietary branded products with significant growth potential.

Stay tuned for our Equity Guru Video this Wednesday, where we go over the application for each of the above products and discuss their revenue potentials. 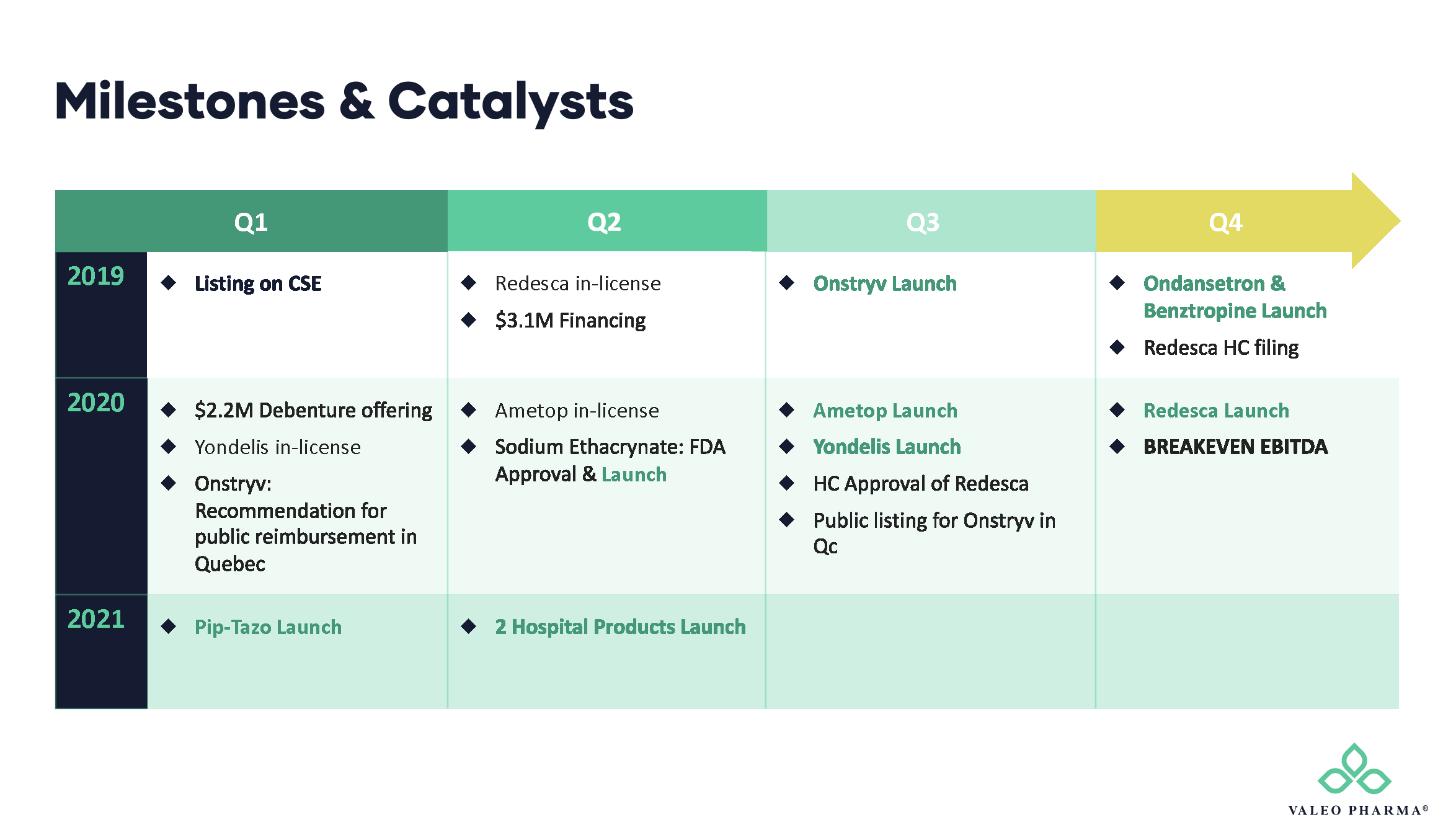 The team at Valeo Pharma has a history of success and has a lot of momentum carrying them forward. Their future looks promising and their story will be one we follow closely.