Let’s take a step back. Take a breath. Maybe meditate or toss back a tequila shot. Okay, we good for a chat?

It’s been a rough few years for the cannabis crowd, and a rough last year for everyone else. With Aurora Cannabis (ACB.T) losing the gross national product of Panama, Chuck Rifici bailing from Auxly (XLY.V), and blog posts telling how Moez Kassam and Anson Capital ratfucked Zenabis (ZENA.C), you’d be forgiven for just deciding cannabis can’t win and we should all just stop talking about it for a bit.

But I remain confident there’ll be a lot of money in weed, at least if what I’m seeing from a crowd of a certain age is any indication.

In Canada, weed has shifted from scourge of the children, gateway to crack, and the only reason anyone ever buys jazz albums, to tidy little mood elevator sold by the government and taken between courses at Claire’s dinner parties.

My people – those who previously used to bring a sophisticated pinor noir to your house and end up too sloppy to get home – now like, and bring, weed.

Smoking is an ordeal. A gummy is a party, and without the hangover.

So in this new world we now live in, where Karen stops in at the Village Bloomery after work to stock up on Tokyo Smoke chocolates, but won’t touch an Aero bar anymore to save her life, how is nobody making any money in the weed space?

Well, they are. In the USA.

In Canada, cannabis is like some sort of work for the dole program, where the people paying the dole are the folks who haven’t sold their shares yet and any attempt at building something significant is beaten down by regulators with rules against marketing, and weird thoughts on who is allowed to have a dispensary license, and why that’s almost always a government department and not an individual who knows the product. They even have rules limiting how much you can buy at a time, which nobody seems to put on sugar or sportscars or lapdances, but for some reason is REALLY IMPORTANT on weed.

Canada is stupid but, in the USA, there’s room to grow and a lot of jurisdictions that have learned good lessons from the Canadian experience. More states keep rolling out new plans to legalize. Biden’s Democrats put cannabis legalization language in a recent bill, so we know where they’re headed, and even the Republicans will have to shortly admit the only way they can possibly stave off eventual economic collapse is to start bringing in weed taxes.

If you’re one of those ‘I’ll just buy the big guys’ types, sure, there are options out there for you and it’s no secret who they are, but they’re also already heaving on the valuation front.

I like the lower end of the market, where things might not be as massive but small increases mean big profits in return for my stake. And, frankly, it rarely gets any smaller than CLS Holdings US (CLSH.C), AKA Cannabis Life Sciences, a stock owned by less people than the Ginger Beef Corporation (GB.V) – which is actually up a double since COVID, bois.

If I were to try to explain to you in a sentence what CLS is, it’d be “A dispensary in Nevada, with an extraction lab coming online.” 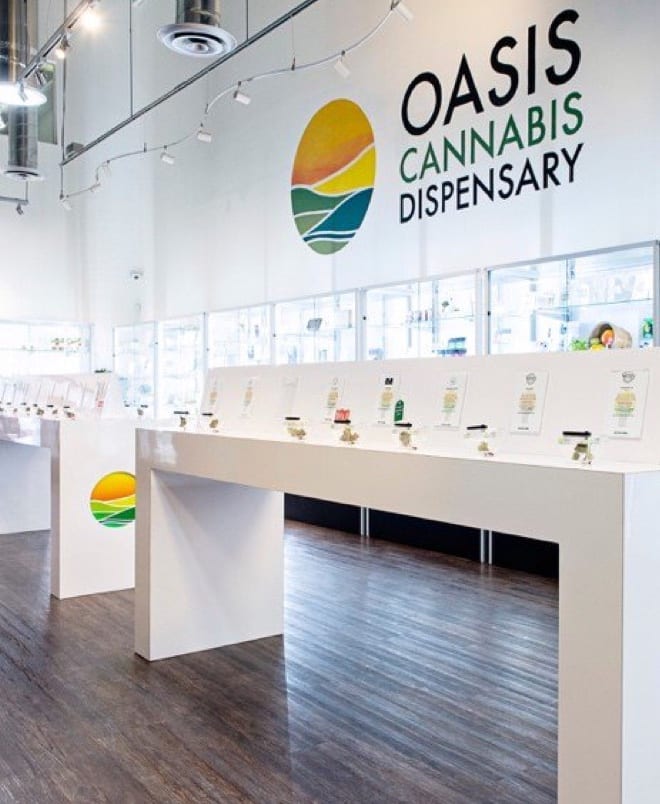 They even have curbside pickup.

Where is YOUR cannabis Oasis? We can help you find it 😉 . . . Keep out of reach of children. For use only by adults 21 years of age and older.

Then there’s the products they’re bringing to market: 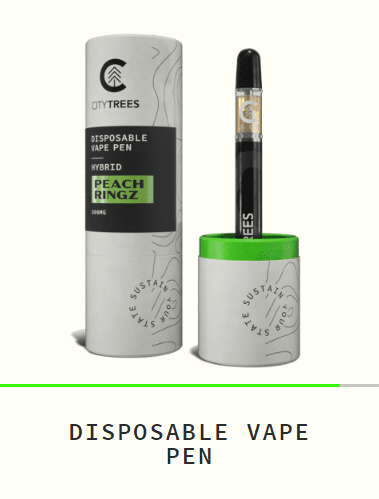 What you need, sometimes, is an investment with low amounts of risk, that’ll be growing responsibly for a lengthy amount of time, improving margins, expanding reach, bringing on new SKUs, and surviving things like COVID without a scratch. You know, a ‘grandfather investment’, instead of a Davy Daytrader all-in special.

Granted, CLSH is not going to be a $500m market cap company by this time next year, but let’s work through some math quickly while I tell you why CLS is a better buy than Trulieve (TRUL.C).

Trulieve’s stock is ultra-liquid. IF you buy in, you can get out easily.

CLSH’S stock barely trades. If you buy in, you’re going to rocket the share price. If you want to sell, it’s heading hard lower.

POINT: TRUL if you trade, CLSH if you hold.

Obviously my point here isn’t to try to convince you that, if someone were to will you the entirety of a company, that it’d be better to be willed CLSH than TRUL. Yes, Trulieve is bigger and better and grander and a whole different level to CLS Holdings USA.

But that’s not the important part of investing. You want to buy low, and sell high, so – realistically – I don’t care that TRUL is a huge company with way more dispensaries and way more money coming in than CLSH, what I’m most interested in is, which one will bring me a double sooner?

CLSH has a lot less to do in order for me to hit that goal than Trulieve does. Ramp up a little revenue, start using that extraction lab to create their own branded products they can sell in their own branded dispensary, and sell the excess to other stores, and that’s likely to bring a spike in sales, and profits. And, frankly, they don’t need to show a whole lot of profit to get from $0.08 to $0.16, they just have to convince a couple of you guys out there to toss a lazy grand their way and things will get weird, because there’s not a lot of stock out there being offered up for buyers.

In fact, here’s the ask as I write:

That’s it, just $6900 of stock is even openly available to buy at any price. After that, you hit the ‘you cannot buy this stock because none is available’ point and now dogs and cats are living together and we have pandemonium!

That tells me those holding the stock are in for the long haul.

Robinhood kids, do your thing.

FULL DISCLOSURE: CLS Holdings is not an Equity.Guru marketing client, but they were once upon a time and, when we tell you about a deal and it ultimatly goes sideways, we reckon we should keep an eye on it and let you know when it might be a good time to reconsider. This, I think, is that time. At least that’s what I’m doing. No commercial connection, but we got you, Andrew.