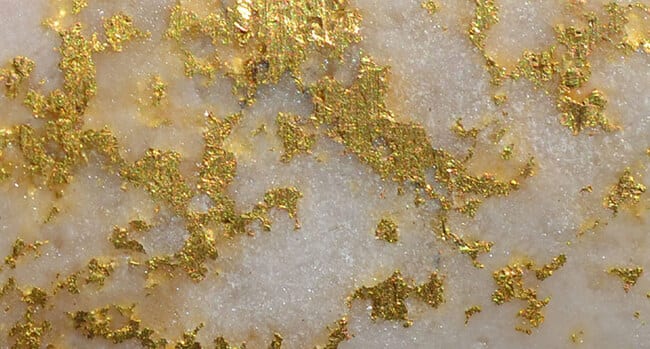 There’s something of a modern-day gold rush going on in the Victoria goldfields of southeast Australia. The region is a hotbed of activity, spurred by recent exploration and production success at Kirkland Lake’s (KL.T) Fosterville Gold Mine—an operation that features growing gold production at increasingly high grades… and district-scale exploration upside.

Fosterville is an impressive operation. In 2019 it produced 619,366 ounces of gold at an average grade of 39.6 g/t Au, with the Fosterville Mill achieving a record average recovery rate of 98.8%. 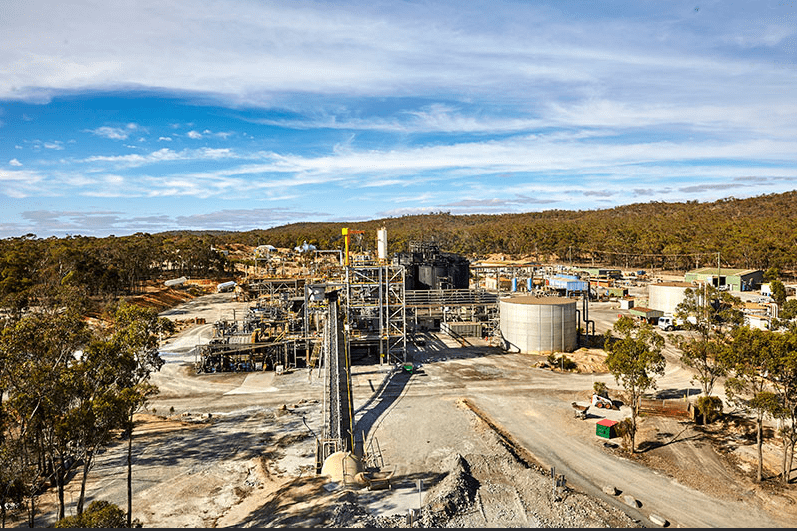 The region’s Bendingo Structural Zone—accounting for > 60 million ounces of production—hosts a number of mines, past and present, with impressive grades and ounce-counts:

A new player, one Nubian Resources (NBR.V), entered the Victoria goldfield fray, dropping the following headline on May 28th of this year: 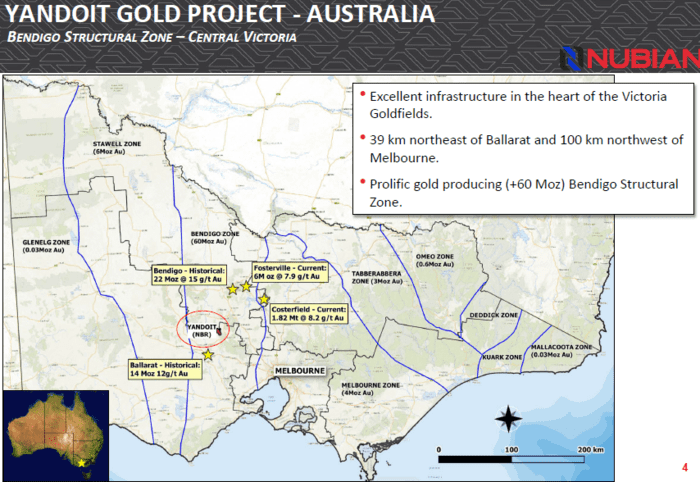 “The gold-bearing quartz reefs form in faults and along dilational features associated with anticlinal and synclinal folds and structural offsets.”

As noted above, the Yandoit Gold Project covers a five-kilometer long mineralized corridor, one that has been traced along surface, defined by historical and current gold showings: exploration pits, gold reef workings, surface gossans, and gold-bearing alluvial sands.

There is minor production on this property—it comes with the deal.

“The current Project operator, BSB Mining, has geologically mapped the 5-kilometer long corridor, installed crushing and gold extraction equipment on site, has been intermittently producing gold from alluvial sediments. In 2019, BSB Mining installed a head-frame and a mine shaft down to the 27-meter level and three drives towards to Goldsmith’s reef. This development work targeted gold mineralization associated with sediment-hosted quartz reefs that are typical of high-grade gold targets in the Victoria Goldfields.” 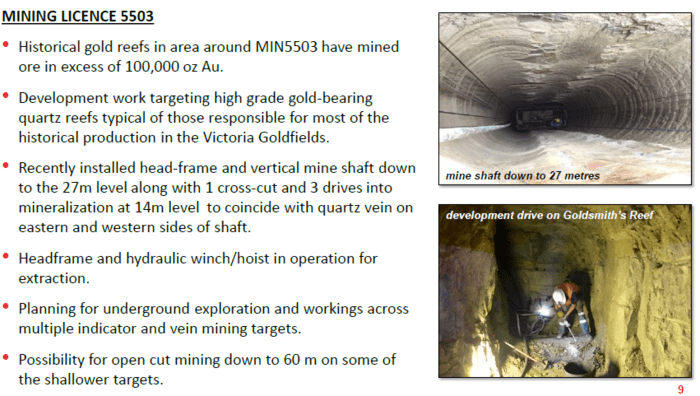 This small scale operation might best be characterized as ‘exploratory’ mining. Yes, it’s producing gold, but as it advances, it’s giving company geologists a much better understanding of Yandoit’s immediate subsurface features.

The real quarry at Yandoit lies at depth, below the areas that are currently under development.

Never before subjected to geophysics, property-wide surveys are planned to map-out some of the gold-bearing structures—subsurface features that lie below and along strike of the current mine development activities. Presumably, this will help prioritize and tee-up a number of high-priority drill targets.

This region is known for its large, high-purity gold nuggets. Numerous multi-ounce specimens have been discovered in the region over the years.

“In 2008, several 20 oz+ specimens were discovered near the Golconda workings and extracted approximately 1,000 oz of alluvial gold and in July 1895, at Nuggetty Gully, Yandoit, near Daylesford, a former miner (Mr. George Brown) made the lucky discovery of a nugget estimated to contain 238 oz of gold.”

Recently, prospectors found a 20-gram nugget in the vicinity of the current area of operations.

Though nuggety material can generate uncertainty in determining what ultimately lies in the subsurface layers, in a production scenario, nuggets, particularly the big beefy specimens, are a nice bonus, for reasons that shouldn’t require an explanation. They are also easily extracted via a simple gravity circuit. With a light crush, they are easily liberated from the surrounding rock.

Nuggets are a good problem to have…. mate.

Nubian is paying a total of 5.5 million Australian dollars ($5.2M Cdn) over a period of three years for 100% of the project. They’re paying a little upfront to kick off the first phase of exploration, and if they like the (drill) core, they’ll continue advancing payments—a combination of cash and Nubian shares (mostly shares)—until the entire $5.5M is paid.

To facilitate this transaction, the company recently tabled a raise for gross proceeds of CDN $1,764,531.

Nubian is still in the due diligence phase of the acquisition process.

Another acquisition down under

It would appear Nubian management has an even greater appetite for Australian real estate.

Here, Nubian entered into a binding letter of intent with Stavely Minerals (SVY.AX) to acquire an interest in three projects, one in southeast Australia and two in northeast Tasmania (all subject to final due diligence and the negotiation of definitive agreements).

The Yandoit transaction featured above captured 38 square kilometers (3,800 hectares) of prospective ground roughly 70 kilometers to the southwest of Kirkland Lake’s Fosterville Gold Mine. 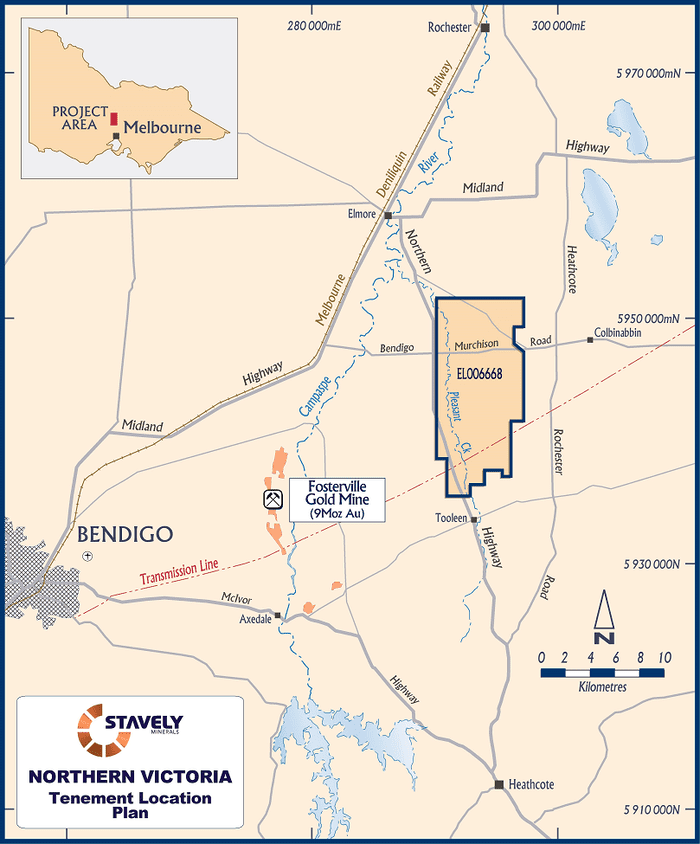 The Fosterville East Project is located within the Bendigo Structural Zone where at least one major interpreted structure—the Mount Pleasant Fault—runs through the tenement.

The Mount Pleasant Fault appears to be sub-parallel to the main north-northwest structures that control gold mineralization at the Fosterville Gold Mine.

For now, Nubian will busy itself mining data rather than rock at Fosterville East—the company will carry out a comprehensive review of all historical exploration data pertinent to the license area.

Seeing as to how the project has seen little in the way of real exploration, Nubian will evaluate various cutting-edge exploration targeting techniques, those that have been refined and tested in recent years.

“In particular, the Company will investigate the application of reprocessed thermal remote sensing imagery for the identification and quantification of mineral alteration assemblages masked by transported overburden. Another source for state-of-the-art exploration methodologies is the State Geological Survey of Victoria which has been applying predictive structural and tectonic analysis for vectoring into district-wide mineralization pathways. By availing itself of these relatively low (or zero) cost “pre-drilling” tools, Nubian will aim to effectively locate and prioritize ‘blind’ targets within the Fosterville East tenement.” 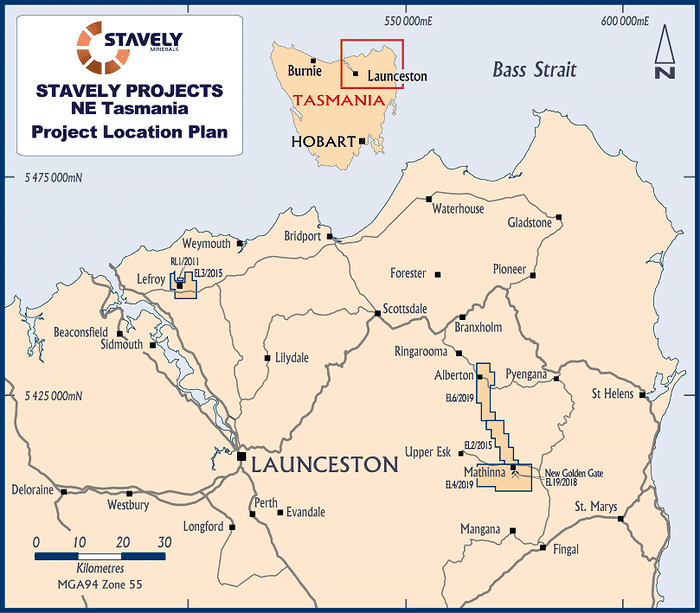 The 27 square kilometer Lefroy Project covers the historical Pinafore and Chum mines, plus the majority of the remaining historical Lefroy Goldfield.

“The Lefroy Goldfield is dominated by high-grade, east-west trending gold reefs that have historically been mined to depths of 30 to 100 meters. Historical reporting from Mineral Resources Tasmania shows that the Lefroy Goldfield produced more than 167,000 ounces of gold at an average grade of 26 g/t Au, with the bulk of production coming from four mines that included the Pinafore and Chum mines. The area has seen limited regional exploration activity in the last 20 years with most exploration-focused near the past-producing mines.”

“Historical reporting from Mineral Resources Tasmania show that production from the Mathinna Project area is about 315,000 ounces of gold at an average reported grade of 26 g/t Au, with 20,000 to 30,000 ounces coming from alluvial production.”

“With the Fosterville East Project‘s close proximity to the Fosterville Mine and the Lefroy and Mathinna projects having similar geology as central Victoria, these exploration projects are a perfect addition to the Company’s more advanced Yandoit Gold Project that is at the development stage. The Company is working to finalize definitive documents for the Yandoit Gold Project and is looking forward to executing on its exploration and development plans in Australia.”

In exchange for acquiring 100% of Stavely’s interest in the projects, Nubian paid a non-refundable AU$100,000 ($95k Cdn) deposit and will issue AU$2,400,000 worth of Nubian shares based on the volume-weighted average price over the five trading days leading up to the execution of definitive agreements (subject to a minimum issuance of 5,050,000 shares).

The fact that the lions share of this transaction consists of Nubian paper, rather than cash, says a lot about how Stavely values this real estate.

Speaking to the geological potential of these assets, and the competence of Nubian management, Chris Cairns of Stavely Minerals stated:

“We are pleased to have undertaken this transaction with Nubian which allows Stavely to focus its efforts on exploration of our recent copper-gold discovery in western Victoria. Nubian’s technically experienced team progressing a focused exploration campaign at these high-potential orogenic gold assets will provide Stavely with exposure to future upside from exploration success via a significant shareholding in Nubian at a time of significant investor interest in the Victoria gold exploration industry in the North American market.”

Nubian also has a project in southern Peru that could evolve into a significant silver asset, but for now, Australia is the headliner… and for good reason.

Nubian, through its contacts in the industry, has just assembled an extensive portfolio of projects that offer the potential for high-grade newsflow.