This is Falcon’s flagship asset, but not its only one.

For the visually oriented, we highly recommend this smart iResource Media video – which gives a good Falcon Gold overview but does not include the June 2, 2020 results.

“Karim Rayani is a deal guy from way back, a non-stop money raiser, deal maker, handshaker and groover/shaker with a particular penchant for the small deal,” recounts Equity Guru’s Chris Parry, “When he stumbled upon Falcon Gold, another tiny two-man mining explorer with a property that isn’t terrible and that had a market cap barely into the 7-digits, he considered raising money for them… But hey, why not just take them over and make sure, this time, things are done the right way?” 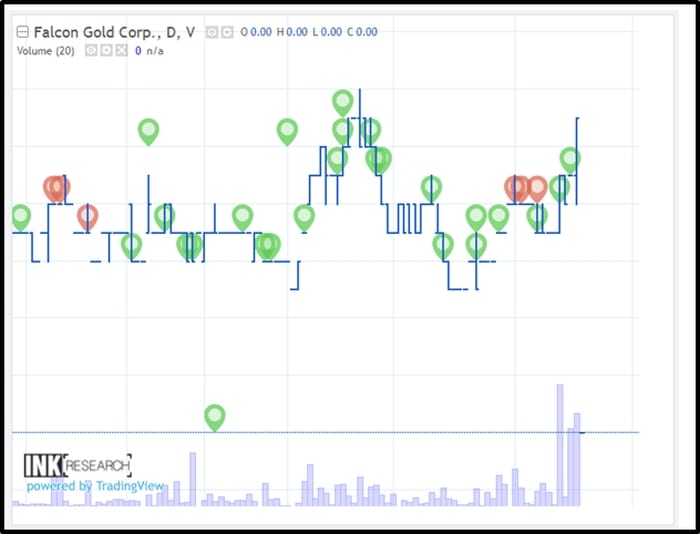 Falcon has ordered a “rush re-analysis of core samples” which contained visible gold from CC20-02 and CC20-03.

The samples will be analysed at a “coarser size fraction” before metallic screening.  This will help the field crew delineate the Central Canada Mineralized Zone along strike with a series of 6 shallow holes (totaling 530 meters).

Highlights of the initial hole CC20-01 are featured below:

“Falcon Gold has multiple irons in the fire,” confirms Greg Nolan, “Success on the exploration front should move these shares out of their sub-nickel trading range. Drilling at the company’s Central Gold project could be that catalyst.”