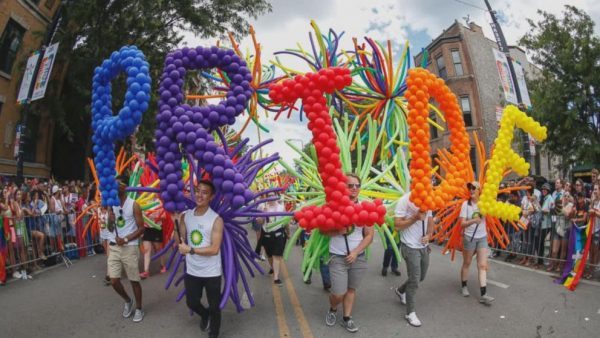 Trulieve Cannabis (TRUL.C) has partnered with several Florida-based non-profits in support of Pride Month. Throughout June, a portion of the proceeds from the TruProd in the strain Rainbow Sherbet will be donated across eight organizations.

It took three months for COVID-19 to be finally bumped from its top spot in the news cycle. Now news all over the world is focused on the United States, where a white cop knelt for nine minutes on the neck of a prostrate black man, killing him and sparking off nationwide riots. Now the United States is on fire again, and that country’s social issues are front and centre.

“Trulieve was built on the idea of investing in communities and in the people we employ and support, and we’re incredibly proud of how we’ve achieved these goals. We’ve worked hard to ensure that our internal team and the entire Truliever community feels safe, welcomed, and comfortable when they’re in our facilities, our dispensaries, and at our events,” said Kim Rivers, CEO of Trulieve.

The United States isn’t exactly a safe place right now. That much is evident even from my comfortable home office in Vancouver, and even though this time the animus was on race rather than sexual orientation, there’s been no lack of prejudice and persecution for LGBTQ+ people. So in this time anything helps, and Trulieve is selling a special, limited-edition Rainbow Sherbet TruPod and accompany thing rainbow TruSTIK vaporizer during Pride month, and the proceeds from the cartridge and battery will go towards community partners listed below.

The eight non-profits that are part of the Pride Month partnership are focused on LGBTQ+ and Diversity and Inclusion efforts across the state, with a strong focus on improving the health and wellness of their local communities. Reaching from Bay County to Miami-Dade, they are (in alphabetical order):

The Office of Medical Marijuana Use announced the registry has surpassed 340,000 registered medical marijuana patients with an active ID card, with Trulieve consistently selling approximately half of the state’s overall volume, per the Florida Department of Health. There are nearly 2,500 registered ordering physicians in the State of Florida as well.