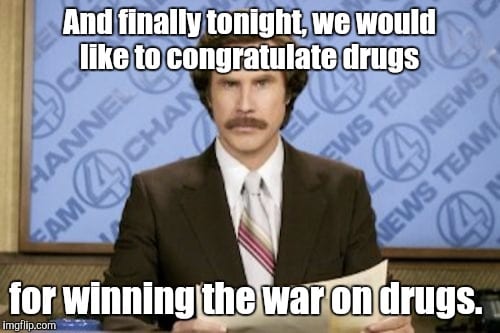 Trulieve Cannabis (TRUL.T) announced today in a press release they’re going to hold a series of expungement clinics throughout south and central Florida, which will be broadcast virtually in Georgia and Massachusetts as part of the 50th anniversary of 420.

These clinics are being held to educate the cannabis-using public on their options on whether or not they’re eligible for a sealing or expungement of their records, and Trulieve will be covering the costs for fingerprinting, legal fees and court costs.

“Our mission as a company has always been to improve people’s lives. We’ve always been dedicated to improving the communities we call home. Partnering with Minardi Law, Minorities for Medical Marijuana, Georgia Justice Project and CultivatED on these clinics was a simple decision for us; we encourage anyone seeking help with the expungement process to attend one of these clinics in your own state to start the process,” said Kim Rivers, Trulieve’s CEO.

Trulieve is a completely vertically integrated multi-state ‘seed-to-sale’ cannabis company operating out of the United States, and the largest medical cannabis company in the State of Florida. They cultivate and produce all of their products in-house and distribute them to Trulieve-branded stores throughout Florida and via home delivery. They also have a presence in California, Massachusetts, Connecticut, and Pennsylvania.

The company has partnered with Florida-based nonprofit Minorities for Medical Marijuana (M4MM) for these 4/20 Expungement Clinics as part of M4MM’s Project Clean Slate. M4MM was established in 2016 and has 27 state directors throughout the country. They’re lazer-focused on outreach, advocacy, research an training for business, social reform, public policy, and health and wellness for the cannabis industry.  They’re also one of many non-profits, including the Last Prisoner Project, doing cleanup after America’s abysmal war on drugs.

An expungement is a type of legal action wherein an offender’s prior criminal conviction is sealed, making the records available to be viewed by either state/province or Federal officials. It’s different from a pardon in that when someone’s record is expunged it’s the equivalent of treating the event like it never happened. It’s pertinent for cannabis cases wherein people in the United States have been locked up, sometimes for long periods of time, for bullshit crimes in the United States failed war on drugs. An expungement would be a way to righting these grievous wrongs that affect the lives of so many innocent people. 4Front Ventures (FFNT.C) could jump ahead in Illinois with facility buildout deal