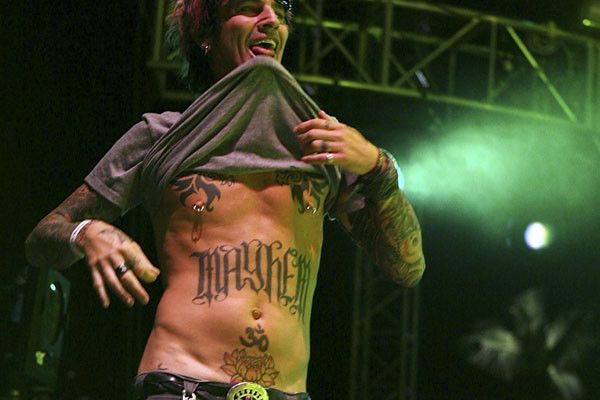 Recent general market disorder and mayhem has wreaked havoc on the junior exploration arena over the past few weeks.

For those holding junior ExplorerCos, the sector has been a world of hurt, assuaged only by the occasional rally… shades of bull markets past.

Investors holding gold and silver stocks just want that hurt to stop, if only for an hour or two.

Today, investors are trying to digest headlines relating to a ban on air travel between Europe and the U.S. The broader markets are coming apart at the seams.

Gold is also selling off, shedding its safe-haven status, trading at $1570 as I type.

You gotta know margin clerks are pushing themselves to the brink of exhaustion, selling anything offering a modicum of liquidity.

For now, volatility dominates every conceivable form of trade.

The deep values I see in the junior arena

To minimize risk, we’re focusing only on those companies with a resource (historic or 43-10 compliant) and or a large, well established geological footprint.

Large geological footprints auger well for big price moves in the underlying shares if models are validated, and significant extensions or new zones of mineralization are delineated.

All of the companies featured below have received coverage in these pages. The search function at the top of the screen works like a dandy. Simply enter the ticker (i.e. WGO.V) and you should find what you’re looking for. Also, clicking on the name of the companies will take you to our most recent coverage.

We’re going to feature stocks with richer market caps ($50M and higher) in this first of a two-part roundup.

I’m updating this piece at the beginning of the March 12 trading day. The prices and charts featured below will reflect early to mid-session trade.

The company is on the cusp of making a production decision to become Canada’s primary’ silver producer (primary in the sense that > 50% of production revenue will be derived from silver itself).

There’s a lot of meat on these bones. The CapEx is extremely modest. To fund a big chunk of that CapEx, the company recently monetized its reclamation business, taking in $12.1M (another $1.25M is due Feb. 14, 2021).

Today’s gap down, a test of 52-week lows, can only be described as surreal.

Price support at $1.60 was shredded as if it held no sway, proof that technical analysis is meaningless when buyers pull their orders and sellers sell.

If you believe that precious metals stocks are on the verge of a multi-year bull market, as I do, Alexco is a top-shelf stock.

The current session low of $1.26 would be an extremely attractive entry point for those thinking medium to long term (authors humble opinion).

Ely is an emerging royalty company with projects based in Nevada and the Western U.S.

The company has been on an acquisition spree.

The company’s shares traded as high as $1.00 in recent sessions.

Today, they’re trading right back at the lows set only a few sessions back.

I can’t see how you can go wrong, long term, buying at current levels. But well-placed stink bids below fifty cents could draw some attention in this schizophrenic market.

I nearly didn’t include this one, but after today’s carnage, it belongs in the deep discount bin.

We recognized the early potential of Great Bear’s Dixie Project in the Red Lake region of Ontario, shortlisting the stock at $2.00 back in January of 2019.

Since then, the 18-kilometer long LP Fault Zone has received the lions share of attention where the company is targeting broader zones of potentially economic mineralization.

Some might characterize the company’s chart as a dog’s breakfast. Fair enough, but that isn’t a reflection of the company’s underlying fundamentals…

Great Bear is as A-list as a company gets in this sector. The five-dollar level should have acted as minor support for the stock.

Stink bids below the $4.00 level might get filled. If yours do, consider yourself fortunate—the company’s gold-in-the-ground hasn’t gone anywhere.

This is another advanced-stage development company that has slipped so far beneath the market’s radar, it’s nearly invisible.

The company’s flagship Railroad Project is located along the Piñon mountain range of the Railroad Mining District of Nevada.

This resource is due for revision to include recent success with the drill bit.

This resource is also due for revision to include highly favorable drill results from a 2018 drilling campaign.

The following is a 4-year weekly chart of the company.

This one might be worth some serious due diligence if you’re seeking deep value development play.

So far, today’s price plunge is accompanied by modest volume.

Looking at a decade-long chart, $0.50 should act as super-solid support.

Metalla Royalty & Streaming (MTA.V) is one of the more aggressive companies in the space, assembling a portfolio of royalty and streaming deals that could create significant price trajectory as this bull market in precious metals plays out.

2019 was a year of tremendous acquisition growth for the company.

If the deal they announced on Feb. 18 is any indication, 2020 could be a repeat.

Like the vast majority of the stocks I follow in this sector, Metalla is trading well below recently registered highs.

The shares are currently retesting their recent lows in the $5.00 range. If the broader markets close at or near session lows, stink bids below these extremes could see a fill.

“Pouring Gold before Christmas” is scrolled out across the company’s Investors page.

Fully funded to production, the first gold pour at the company’s flagship Madsen Project is set for Q4 of this year.

If pressed, if I were forced to pick only a handful of companies for an A-list portfolio, Pure Gold would occupy a spot.

The PureGold Mine Feasibility Study Highlights:

The above study is anchored by a very conservative $1,275 gold price (gold is currently trading on both sides of $1600).

Recent exploration on the property continues to intersect high-grade rock.

The $0.55 level should have offered fairly decent support. Current prices might be viewed as an attractive entry point, but when there’s a near-complete absence of buyers, a tradable bottom is difficult to divine.

Stink bids below today’s low could pay off handsomely in the medium to long term.

Skeena is another one of those rare junior’s that deserves top-shelf status.

With four million ounces grading 4.4 g/t AuEq, the company’s Eskay Creek Project ranks as one of the highest grade open pit deposits in the world.

A PEA released late last year turned more than a few heads with its conservative inputs and robust economics:

As we were eager to point out in a recent Guru offering:

“The price assumptions applied here were conservative—$1325 gold. If we use a $1500 gold price, which might be more realistic (gold is currently trading at $1600 as I type), the IRR jumps to 63% and the after-tax payback period is measured in months, not years.”

Like everything else, Skeena has lost ground, and market cap, in recent sessions.

It’s difficult to imagine how you can go wrong putting on a position at current prices. $0.65 should offer solid support.

Though all three companies highlighted above boast multiple project portfolios in British Columbia’s prolific Golden Triangle, Treaty Creek is the main draw, and at this stage in time, it’s taking on the dimensions of a genuine monster.

The shares in all three companies have dipped in recent sessions—no surprise there. Homing in on Tudor specifically, it’s traded as low as $0.37 (it was pushing $0.90 not too long ago).

The Gldn-Tri field season is only a few months off. A retest of recent lows would be a favorable entry point (for all three of these companies).

Note that Tudor holds a 60% interest in Treaty Creek. American Creek and Teuton each hold 20%.

White Gold is a company we featured here in recent weeks…

This is another A-list ExplorerCo… top-shelf all the way.

The company has resources in two main areas:

The Golden Saddle and Arc deposits hold the bulk of the resource ounces.

An updated resource estimate for these two deposits could drop at any time.

The company’s VG Zone, located across the river from Golden Saddle, has an Inferred resource of 230,000 ounces of gold within 4.4 million tonnes at 1.65 g/t Au.

The resources highlighted above serve as a solid foundation for the company, but it’s the discovery potential across its 422k hectare land position in the White Gold District that really has my attention.

The 2020 exploration season promises to produce substantial newsflow as the company follows up, systematically, on multiple new discoveries in the region.

Looking at the company’s price chart, you’d never guess that this was an A-list entity (the following chart is a 2-year weekly):

Today’s last trade at $0.54 represents a 2-year low. The downside risk from these levels has to be considered minimal. But then again, all bets are off in this helter-skelter market.

That’s it for part one.

Part two is on deck.

Full disclosure: of the companies highlighted above, only Metalla Royalty and Streaming is an Equity Guru marketing client.