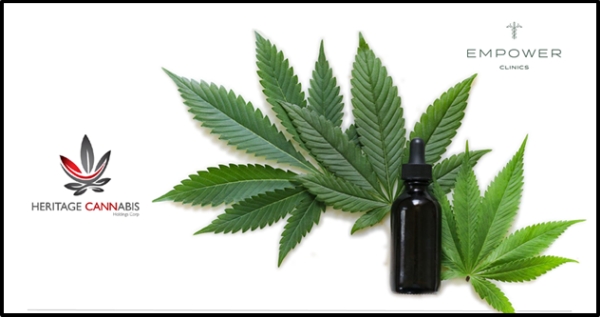 The Heritage/Empower JV was first announced on September 19, 2019. The Joint Venture was to begin producing proprietary branded products for Empower’s physician staffed health clinics in Washington State, Oregon, Nevada and Arizona, including Sun Valley Health, which has direct marketing access to 165,000 patients.

Another part of the plan was to manufacture white label products for other distributors throughout the USA, including “tinctures, topicals, gel caps and formulated bulk CBD oil”.

In December, 2018 the U.S. Congress and Senate approved the $867 billion Farm Bill blowing the door open for hemp and CBD companies.

CBD – a non-psychoactive cannabis compound in marijuana plants and hemp is gaining traction in the health and wellness sector.

In September 2019, Heritage announced it had entered into a L.O.I. to form a 50/50 ownership JV with Empower for the extraction of hemp for CBD oil production, and formulated CBD products. The JV is equally funded by both parties and since formation CDN$250,000 has been provided to the JV.

The proprietary branded products will be distributed through Empower’s physician-staffed health clinics in Oregon and Arizona, online at www.sunvalleyhealth.com and in upcoming new franchise locations. 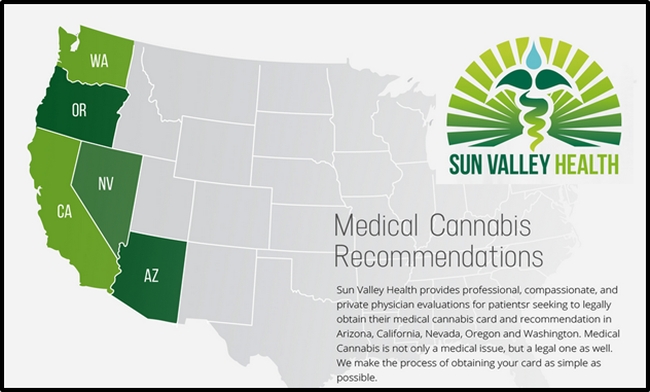 The downstream equipment now being installed in Sandy, Oregon will perform the following functions:

While Empower has the distribution, relationships in the medical community and brick & mortar presence, Heritage is using expertise gained in Canada’s market to provide training and supervision “related to the proprietary methods of extraction and oil production.”

“Having the backing of an experienced partner with the financial strength of Heritage Cannabis is proving to be so beneficial for the development of our first extraction facility”, stated Steven McAuley, CEO of Empower. “Together, we have already identified numerous opportunities to bring new orders to the JV facility ensuring we leverage the capacity we are building.”

CBD demand – and wellness products in general – are led by the medical needs of aging baby boomers – and that is the mother of all of demographic waves.

These feisty oldsters are still playing rugby at 70 and they’ve got money to burn.

In California, the over-65 population is increasing at twice the speed of millennials. 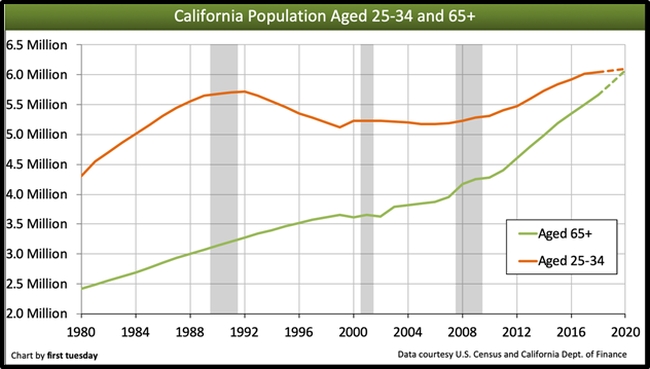 “Heritage has done a host of deals with partners, suppliers, vendors, and acquisitions, that have brought them licenses and steady product supply and got them on shelves fast,” stated Equity Guru’s Chris Parry on February 28, 2020, “This quarter is the quarter all that comes together, so the expectation will be for their losses to shrink, and sales to grow”.

“Heritage’s first revenues EVER came through in this past quarter at $3.56 million,” continued Parry, “We’re used to small cannabis outfits coming out of the blocks with a digit less than that, maybe even two (what’s up, Cannmart), and with quarterly losses far larger than the $2.3 million Heritage lost in the same time frame. You ideally don’t want to be losing anything, but I’ll take a $2.3m ding in your first quarter ever selling product. That’s reasonable and fair and shows progress.

In the last year, as the sector-wide cannabis bubble popped, Heritage’s stock price took a beating. 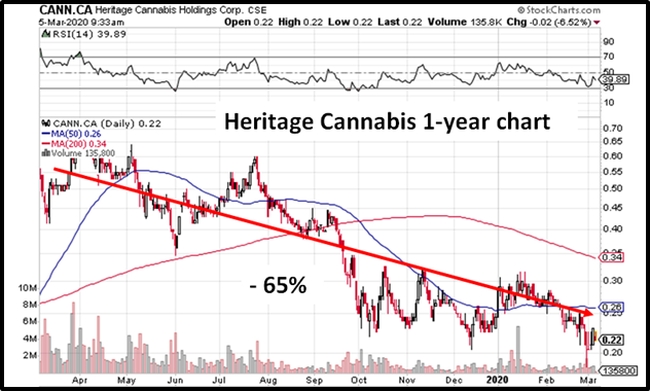 “We are very pleased to be advancing our U.S. strategy through this mutually beneficial partnership with Empower, which provides Heritage ease of access to the world’s largest cannabis market“, stated Clint Sharples, CEO of Heritage. “The installation of extraction units is the next phase of the JV.”