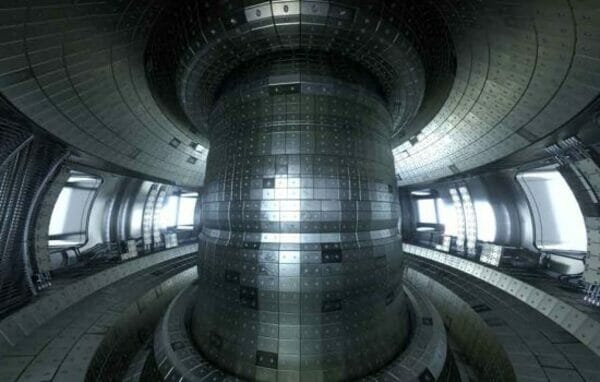 Today’s news announced the completion of a drilling campaign, one designed to upgrade and expand an already significant REE resource.

A total of 13 diamond drill holes totaling 2,005 meters probed the deposit area testing the northern, southern and western extent of Wicheeda where the resource is still open. The objective was to “further delineate the relatively higher-grade near surface dolomite carbonatite unit.”

Though this new-drop did not deliver actual assays, it stated that all 13 drill holes—completed from three separate drill pads—intersected significant intercepts of visible REEs.

It’s important to understand that ‘visual’ cues, though highly encouraging, are not always indicative of high-grade material. We’ll need to wait for the lab to finish doing their thing. But the fact that the company has succeeded in expanding the mineralized footprint of Wicheeda, in multiple directions, should get the speculative juices flowing (note the 3 large blue arrows and the red dashed line on the map below).

Key takeaways from today’s news release are as follows:

Though we’re relying on visual cues from Defense’s onsite geologist, these are highly auspicious developments. Confirmation from the lab is what the market will be looking for next—it’s certainly a development I’ll be watching closely.

Defense Metals looks forward to receipt of assay results, and incorporating these new diamond drill results into an updated and potentially expanded mineral resource estimate for the Wicheeda Deposit.

“We have intersected REE mineralization within every drill hole of the 2019 drill program. Our 2019 resource definition drilling has exceeded our expectations in significantly expanding the drilled extent of REE mineralized dolomite-carbonatite, and meeting our primary goal of increasing drill hole density within the higher REE grade upper portions of the Wicheeda Mineral Resource”

REEs form a group of 17 elements (atomic numbers 57-71) that exhibit a wide range of unique electronic, optical and magnetic properties.

Often referred to as the “vitamins of chemistry”, the role REEs play in our modern age cannot be overstated.

Though dispensed in modest amounts, REEs are an essential ingredient in the production of everything from night vision camera lenses, to control rods in nuclear reactors, to electric vehicles (EVs). In fact, several pounds of REEs go into every single EV and hybrid car that rolls off the factory floor today.

Focusing on the EV sector specifically, demand for REEs is set to explode as the electro-mobility supercycle kicks into a whole new gear.

More on the REE market further on down the page.

The jurisdiction, deposit, the resource, the potential

Wicheeda is at an advanced stage of development and represents a significant deposit of Light Rare Earth Elements (LREEs), namely Cerium, Lanthanum, Neodymium, Praseodymium, and Samarium.

The deposit currently boasts an Inferred Mineral Resource of some 11,370,000 tonnes averaging 1.96% LREE at a cut-off grade of 1.0% (sum of cerium, lanthanum, neodymium and samarium percentages).

The above numbers may be about to change, perhaps significantly so, if the visual cues dial into significant REE grades.

We’re talking about growing this resource. 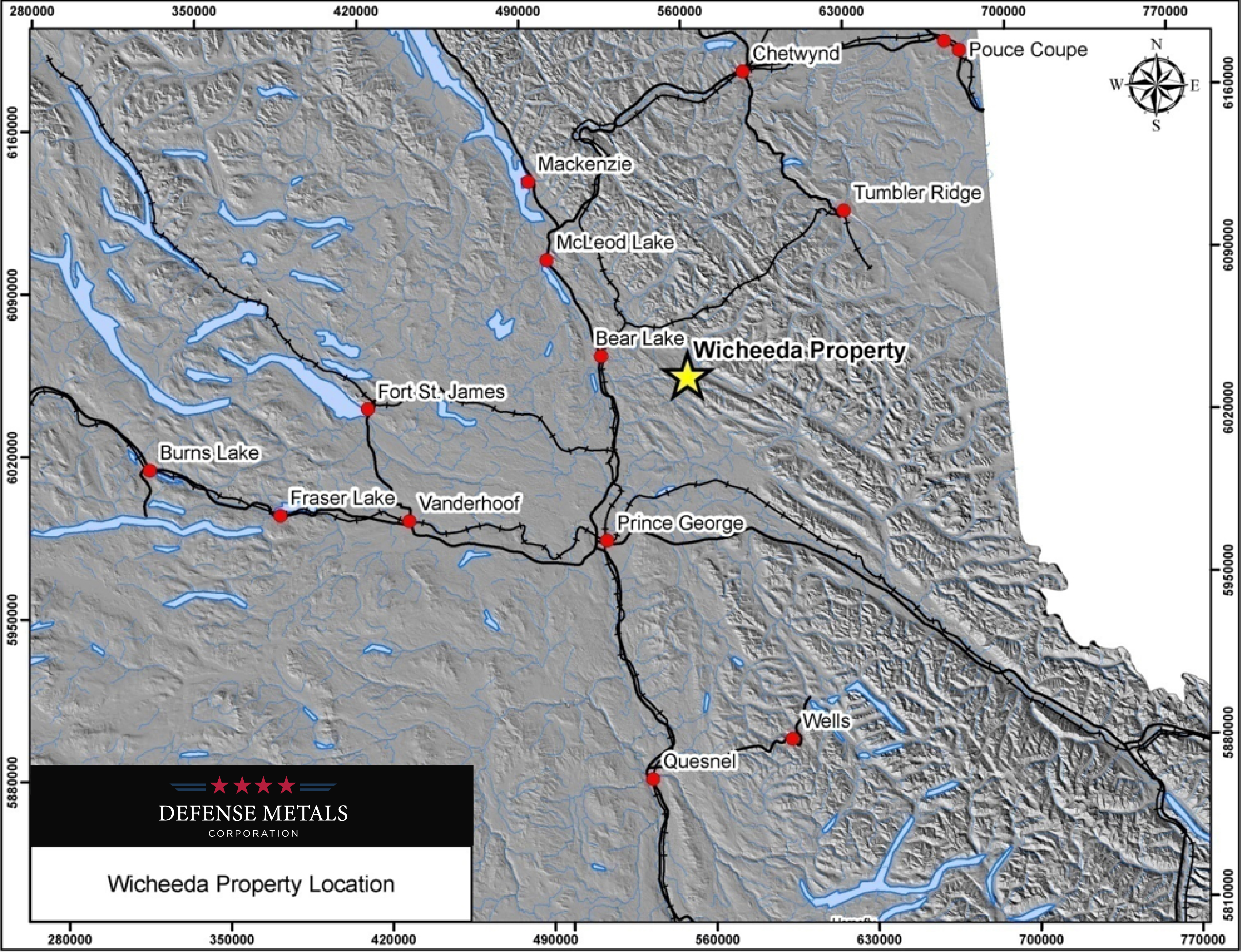 Location is everything when you’re developing a mineral asset. Aside from its strategic location alongside a well-established forestry service road off Highway 97, Wicheeda  lies in close proximity to a hydroelectric power line, a major gas pipeline, and the Canadian National Railway at the nearby village of Bear Lake.

Earlier this year the company released results from a 30-tonne bulk sample. 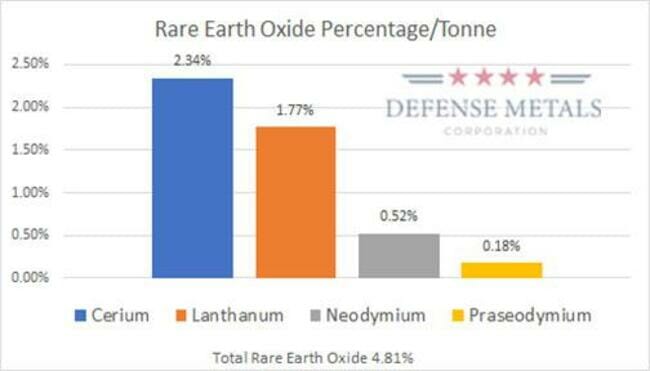 Neodymium (Nd) and Praseodymium (Pr) are used in the making of high-power Neodymium-iron-boron magnets. These magnets are an essential technology in the Clean Energy, Consumer Electronics, Electric Vehicle, and Defence sectors. The current market for these magnets is estimated at a whopping $11.3 billion. And that number is set to climb.

You might be thinking, “Yo Dirk, the Nd and Pr values expressed in the above chart are less than 1%… WTF and why all the fuss?”

Yes, they grades may appear modest, but check out what they’re fetching on the market—both metals are trading in the vicinity of $70,000 per tonne. These seemingly modest grades suddenly become extraordinary when simple arithmetic is applied.

China controls roughly 85% of the worlds REE supply. That’s a problem, especially considering the current relationship between the two superpowers.

The US has only one producing REE mine—the Mountain Pass mine in California operated by MP Materials. Curiously, MP ships its ore to China for processing. Yes, this makes no sense. But it’s just the way things are—it’s just the way the system was setup years back.

MP says it will begin its own processing operation by the end of 2020 and will produce approx 5,000 tonnes of Neodymium (Nd) and Praseodymium (Pr) annually. Obviously, this future production will barely whet our appetite. Global demand is set for a whole other level.

Not surprisingly, this acrimony between the two superpowers have pushed REE prices significantly higher in recent months:

Our very own Lukas Kane has some extraordinary insights into the political dissension between China and the US. There are multiple layers to this dispute and the underlying reality may be vastly different from what the average American has been led to believe.

Lukas’ insights come from ground level; from real-life experience. He is one of the precious few western analysts who has clearly articulated what is at stake and why.

You owe about $22 trillion, most of it to other governments.  China is your biggest foreign creditor.  You owe them $1.12 trillion.  If the Chinese economy is “hurting” – as you so desperately hope – China could just sell that debt.  Which would cause U.S. interest rates to surge, dampening enthusiasm for American’s most vibrant activity: shopping.

In truth, that outcome wouldn’t be helpful to China  – but the U.S. wound would be much deeper.

You elected a reality TV star to run your country who tweeted this: 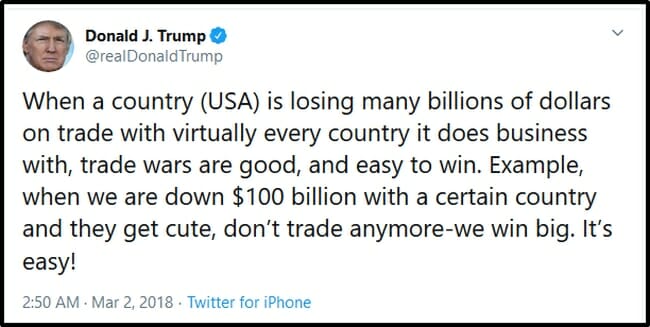 Stay tuned—Lukas has more to say re this complex subject.

If the US-China trade war continues to devolve and China chooses to limit the REEs it ships westward, development stories like these will be in a most enviable position.

Assays are on deck for 13 holes, all of which show visible REE mineralization.