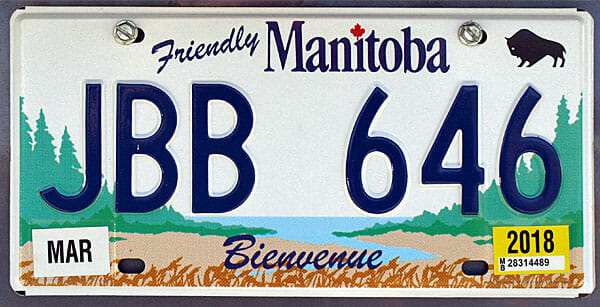 Biome Grow (BIO.C) is spreading its seed all over Canada. Literally.

It hasn’t even been 48 hours since we reported that Biome Grow was entering New Brunswick. Now, the Canadian cannabis conglomerate has announced it is reading new business in Manitoba.

You know what this means: Winnipeg Jets fans will have something to take the edge off after another first-round playoff exit. Biome Grow is making it happen.

In an official press release, Biome announced Wednesday that it has obtained a retail cannabis license from the province of Manitoba. Biome can now distribute its select strains of dried flower, pre-rolls and other products to private retailers across the province.

While Manitoba is just one stop on the way to nationwide expansion, Biome acknowledged that the Prairie province has seen high demand for its products. That’s probably why Manitoba was targeted ahead of some other provinces.

“We are happy that our high quality, premium flower and pre-rolls have which have proven very popular with discerning consumers in Atlantic Canada and Saskatchewan will now be available to the 1.4 million people of ‘Friendly Manitoba’.”

All said, Biome has more than doubled its distribution footprint over the past two months.

With such rapid growth, one would expect that Biome is burning cash. After all, small caps usually run up their expenses as they battle for market share.

Biome’s expansion has been much more conservative and, well, defensible. The company’s first-quarter revenues totaled CAD$340,574, while gross profit was $204,423. Its net loss before operating expenses was a tad over $1 million. More “established” companies like Aurora Cannabis (ACB.T) reported a net loss of $169 million for the same quarter.

You get my point.

Despite its growing footprint, Biome has yet to enter Canada’s largest cannabis markets. If Statistics Canada data are anything to go by, Manitoba has one of the lowest cannabis usage rates across the country. In the first quarter, only 13% of Manitobans reported to using the green plant. Compare that to Alberta (21.5%), Ontario (20.0%) and British Columbia (19.1%).

Still, Statistics Canada estimates that cannabis consumption is rising across the country, with black markets dominating. Just take a look at these numbers for Q1 2019:

The BIO.C share price was down slightly on Wednesday, but in the grand scheme of things, it wasn’t doing a whole lot. Shares are currently valued at $0.37, down 1.3% from the previous close.

Trade volumes were exceedingly thin, even by BIO.C standards. The stock sees an average turnover of 36,755 shares. Trading was less than a third of that Wednesday morning.

Thin trading volumes, which is characteristic of most marijuana plays, largely explains why BIO.C has been so volatile. The stock is down 46% year-to-date and has been extremely choppy over the past month.

At current values, BIO.C has a total market capitalization of $40.8 million.

Potential investors should keep an eye on Biome’s forthcoming earnings report, which is tentatively scheduled for release in the week before Labour Day. If the report reveals more sustainable growth, like we saw in Q1, then BIO.C could be a good value play.