The Streisand Effect is defined by Wikipedia as, “a phenomenon whereby an attempt to hide, remove, or censor a piece of information has the unintended consequence of publicizing the information more widely, usually facilitated by the Internet.”

At Equity.Guru, we know about the Streisand Effect. We saw it in action when MedMen threatened to sue us for half a billion dollars, only to be roundly mocked by all and sundry.

Modern companies need to be aware of this phenomenon, because their single day of outrage at being called out over stupid behaviour can have long term consequences when they reveal that stupid behaviour to a wider crowd, over many more days, with threats and indignation. 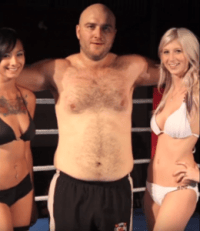 As an example, we have a stalker [seen right]. He’s a former contractor who isn’t having a good time with life, and spends hours a day trying to come up with ways to ‘hurt’ our company, generally in the form of social media trolling, or fake Twitter accounts, or copying our content to his own site.

Our stalker wants us to sue him because that would allow him to climb up on our backs, claim martyrdom, and edge his way out of obscurity.

That’s why we don’t sue. Instead, we let him suffocate on the sidelines, yelling at clouds to a few hundred followers, and presumably pounding out Paxil like it’s Halloween candy.

In short, we ain’t about to Streisand ourselves.

Relevium CEO, Aurelio Useche, may not be aware of the Streisand Effect.

Because, today, he walked right into it, putting out a news release aimed at yours truly, in which he unwittingly confirms a lot of what I wrote in this story a few days ago, about RLV’s terrible, no good, horrible promo deal, that got them a poke in the chest from the OTC, and included the disclaimer, “When any of my Campaigns End, the Stock of the Profiled Issuers Will Crash.”

If Aurelio, or his IR guy, thought this was the best tactic available, he was mistaken.

Classic duck and cover by $RLV $RLV.c by not addressing the fact that the scummy pumpy websites were promoting them.

Dumped $RLV for a small loss.
Some shady stuff, I dont like that attention on a stock.

Good luck to holders. Definitely constant headwinds on that one…

Relevium Technologies Inc. has released a letter from Aurelio Useche, chief executive officer, to shareholders to clarify misconceptions and rumours in the market about a compliance news release disseminated on July 1, 2019, by the company pursuant to a request from the OTC Markets Group.

The management of Relevium, or any publicly traded company, has the responsibility to dispel unfounded rumours, misinformation or false statements which result in unusual market activity. Misleading and manipulative promotion, positive or negative, clearly fall into this area of concern and must be immediately addressed.

As CEO, director and shareholder of Relevium Technologies, I feel it necessary to issue this letter and issue a clear and direct clarification regarding inaccurate and misleading statements being made by independent blog and referral traffic investor website Equity.Guru and Chris Parry. On the article published today, Mr. Parry misleads readers with false allegations, which we feel should be of concern to all investors.

Can’t wait. Let me have it, Aurelio.

These were companies you paid, which duly paid other companies to publish content that, in their own words, “advertise the securities we are told to advertise.”

In Aurelio’s own words, from a company press release just two days ago: “On June 27, 2019, the OTC Markets Group sent the company copies of three newsletters sent on June 25 and June 26, 2019, by SmallCapFirm, a third party marketing and awareness firm utilized by StockWireNews LLC, which in turn was utilized by one of the company’s marketing firms, Shore Thing Media LLC. The company was not aware of the newsletters until the OTC Markets Group sent the copies on June 27, 2019.”

How are these ‘unrelated’ third parties, when you’ve specifically outlined their relation to Relevium in your own news release? And how was their content only ‘potentially promotional’, when they make clear in their disclaimer that their content is NOT informational in any way, and is entirely promotional.

I mean, look, Aurelio, I’m all for you coming up with a decent defense in this situation because, obviously, you’re in a bad position right now.

But claiming what got you in trouble was just some distant ‘unrelated’ third party that had nothing to do with the $27k+ you sent them for a four day hype program is just taking the piss.

On its website on promotion policy, the OTC Markets states that although a company whose security is being promoted may not be directly involved or even aware of a promotion campaign for its securities, all public companies have an obligation to provide accurate disclosure to investors and quickly address any misleading information that could affect the trading market for their securities. This is why we, upon the request of the OTC, issued a news release in this regard.

Well done, you. You achieved the basic requirements of being a public company.

Mr. Parry dangerously makes the insinuation that the purchase of 4.3 million shares by my holding company, which was a private transaction conducted one month prior to the promotional activity, is somewhat related. This statement makes Mr. Parry liable for defamation, libel and false light and I am taking this matter very seriously, under the advice of my legal counsel.

No, you’re not, Aurelio. If you were, your first move would have been to ask me to take down the passage in question, not send out a press release about it, repeating it to thousands more people.

In addition, I didn’t make any insinuation – but you just did.

Mr. Parry fails to disclose that I have never sold a single share, that I have participated on all previous financings of the corporation and that the purchase was made at a significant premium to market (north of 60 per cent) in full compliance and disclosure. Mr. Parry fails to let the readers know that I have a spotless 27-year-old career with an extensive educational and professional background, including 21 untarnished years in the public markets.

It’s not my job to let my readers know any of that, because it isn’t relevant. Here’s what’s relevant: You said in your press release:

..none of the Company’s officers, directors or controlling shareholders nor third-party service providers, have sold or purchased Company securities in the past 90 days

And followed that up with

Define ‘none’ for me, Aurelio.

Does it mean ‘some’?

Finally, Mr. Parry provides a misleading connection between the disclosure statements provided by the promotional news outlet and the company. The fact is, that as disclosed in full compliance with OTC requirements, the company confirms it was not involved nor recognizes the source of the said promotional newsletter.

Except: “…three newsletters sent on June 25 and June 26, 2019, by SmallCapFirm, a third party marketing and awareness firm utilized by StockWireNews LLC, which in turn was utilized by one of the company’s marketing firms, Shore Thing Media LLC. ”

You have two defenses to choose from here, Aurelio.

There’s no third choice. If you’re pleading ignorance, that’s valid, but not a quality in a CEO.

Regardless of whether Mr. Parry agrees or not with the disclosure statements of the third party, it is a statement used by many United States-based investor awareness companies. Our company engages, from time to time, third party providers for investor awareness, all of which are standard in the capital markets. In full compliance with the OTC request, our company provided a detailed list of the companies we have worked with in the last 12 months.

Yeah you did. And it’s a damn shame companies like INN and Stockhouse got to sit shoulder to shoulder with your Florida hype crew, because they actually have some standards.

Side note: Any chance you could shoot me a link to Shore Thing Media’s website? Would love to see it. Or MM Media, which is the Florida company that runs these sites.. How much did you pay them exactly? How long was the program? What other dark corners of the internet did the worrying content go out to?

And where exactly is the article in question that y’all are so okay with, but which has been scrubbed from the internet since?

We at Relevium believe and are fully engaged in the success of our company. 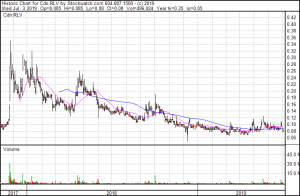 We believe that the market has yet to fully recognize the value of our company, but we also know that it is the execution of our strategy and not promotion that will eventually bring about the correct market recognition of the value of Relevium.

On this we can agree.

And, well, it was kind of the point of our story, Aurelio.

However, we also believe that recognition requires we reach a wider audience and we are committed to a fully transparent and compliant disclosure of our activities over the years to come.

Unsolicited advice: Don’t give money to promo sites that warn investors they’ll lose ‘most or all‘ of their investment if they buy your stock.

And don’t run four-day promo programs. Nothing good comes from such things.

Our company benefits from a very loyal and longstanding shareholder base…

…and we will continue to focus on our mission and on building a leading and responsible corporation in the health and wellness market.

We thank you for the trust you have placed in us.

Here he is when the promo was being put out, crowing about the gains:

Sure loves all the volume.

On the disclosure statement of his own promotional website, www.EquityInsight.ca, we find: “When in a contractual agreement with a client Equity Insight will not publish negative information of the Profiled Issuers during its campaign.”

Begrudgingly, that’s fair. Most promotional companies do business that way.

But on Twitter, he seems to think the “EVERYTHING WE TOUCH TURNS TO AIDS” disclosures on other sites are a-okay.

Chris I think your users should be made aware that it is standard practice to have such a disclaimer. Here’s an example from a very popular one. Always positive..Get outta here…shares might decline after promo..impossible everything goes to the moon! pic.twitter.com/P0x34vAclx

He also seems to want me to call his CEO and chat.

FULL DISCLOSURE: I’m okay with pineapple on pizza, and I don’t care if you think that makes me a heretic.