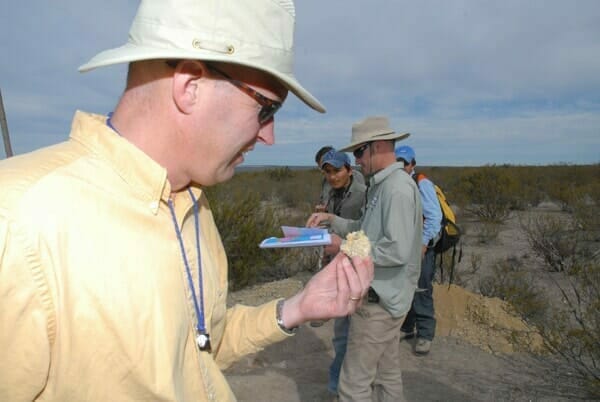 One of our favorite junior explorer/development companies – Blue Sky Uranium (BSK.V) – is back in the news having tabled a positive scoping study for its uranium-vanadium deposit in Argentina. 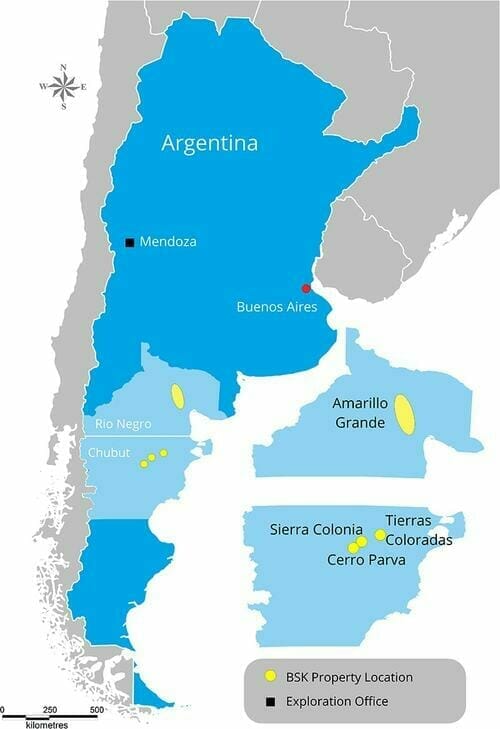 The mineralized footprint at Amarillo Grande is truly epic in scale – a 145-kilometer trend with three distinct mineralized zones. 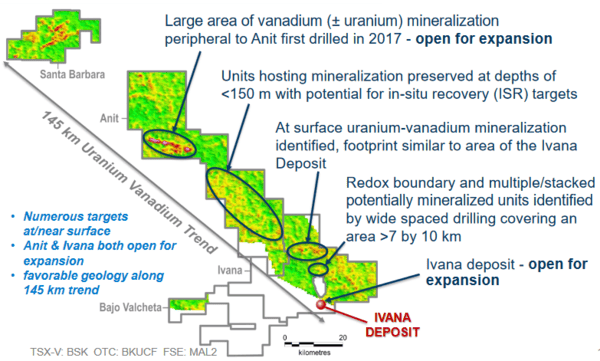 Map courtesy of the co’s i-deck.

The company’s Ivana deposit boasts a resource of 22.7 million pounds of uranium oxide and 11.5 million pounds of vanadium oxide. This deposit, the product of good science and top-notch geological sleuthing, represents the largest Argentine uranium discovery in more than 50 years.

Ivana occupies only a tiny corner of the Amarillo Grande map – the project’s ultimate potential has barely been scratched.

Close to the surface

You don’t need a Ph.D in Earth Sciences to see the advantage here – the metals are not bonded or locked into the surrounding rock. 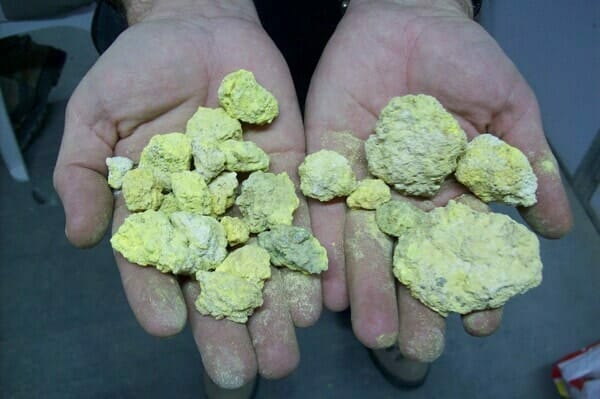 If you’re new to the resource sector and don’t have a clue what a PEA is, don’t fret. Here’s the skinny:

A preliminary economic assessment (PEA) is a first pass (preliminary) economic study that probes all the basic parts of a mineral deposit – resource, scale, logistics, etc. At this stage, an inferred resource is sufficient to get the ball rolling.

The PEA demonstrates robust economics for a surficial mining operation of the Ivana deposit, with 13 years of uranium and vanadium production.

The company makes it crystal clear that the above assumptions are based on $50.00 uranium and $15.00 vanadium (uranium is currently trading in the $30.00 range, vanadium at $17.60). I applaud them for not attempting to bury that detail.

But it’s important to note that a $50.00 U308 input might be considered conservative in this arena – some companies rely on figures well north of $50.00.

The price of uranium needs to push higher to the upside to generate the returns envisaged in this scoping study, but both metals have compelling underlying fundamentals that all but ensure higher prices going forward. 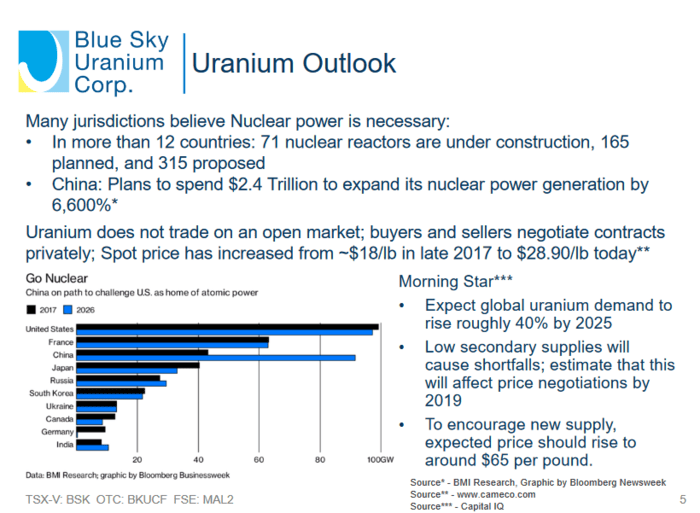 Advanced Exploration at the Newest Uranium/Vanadium District in Argentina

This modest Capex is due largely to Ivana’s surficial geology, and its simplicity…

The surface mine will be relatively shallow, with a maximum depth of 30 metres. The length of the mine will be approximately 3000 metres with widths ranging from 100 to 400 metres.

Mining will be done with a fleet of two (5 cubic metre) excavators, a front-end loader and six 31-tonne articulated trucks along with a fleet of support equipment. The materials mined are unconsolidated gravels and sands and are free digging, therefore drill and blast operations will not be required.

Determining the economic parameters of a project should be a fluid, ongoing process.

Blue Sky management is treating this PEA as a starting point. They know there is room to improve on these numbers.

Additional improvements to the project economics are expected as more detailed engineering studies are undertaken and optimization studies are completed.

Ivana – its resource and PEA – likely represent only the first stage of what may turn into a rapidly evolving and changing development scenario.

Blue Sky’s exploration upside is considerable. The company has numerous high priority targets it plans to test with the drill bit in the coming months.

New discoveries across this 145-kilometer mineralized trend are likely. That’s the beauty of controlling a prospective piece of terrain this vast.

There is also potential to expand resources at Ivana, particularly to the west, where recent pit sampling returned significant intervals with high grades of uranium and vanadium (see Blue Sky news release dated November 15, 2018). Furthermore, there is excellent exploration potential in the area to the north of the Ivana deposit, and elsewhere on the Amarillo Grande Project concessions.

“This PEA demonstrates that the Ivana deposit is a leading new low-cost uranium-vanadium development project. With the expansion upside at Ivana and the discovery potential for new uranium and vanadium resources throughout the district-scale property, we expect Amarillo Grande to continue to improve its value proposition.” 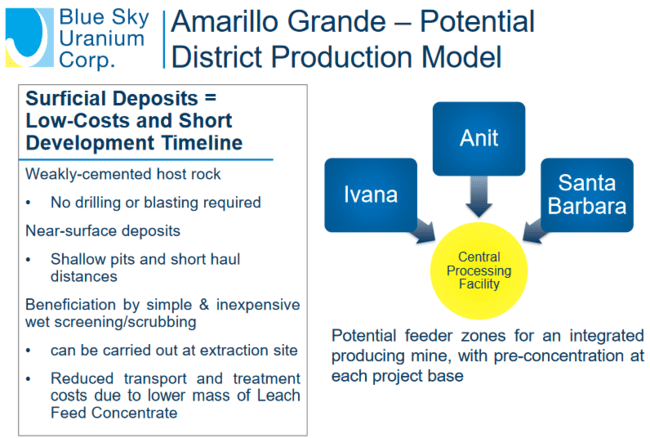 Image courtesy of the company’s i-deck.

Additional insights into the company can be found in the following Equity Guru article:

Now that Blue Sky has a established a few economic parameters for the type of ground they’re dealing with, they can continue doing what they do best: explore and make new discoveries.

Blue Sky is a member of the Grosso Group, an South American focused company with three multi-million ounce precious metal deposits under its belt.