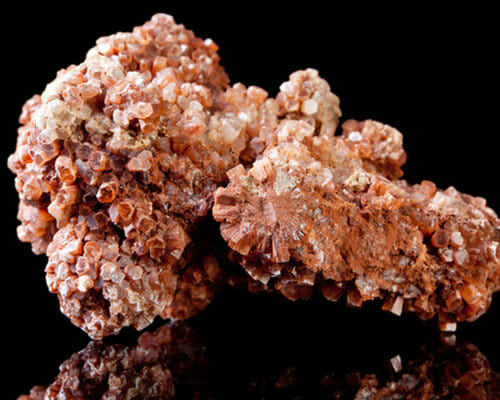 Several interesting facts you may or may not know about Argentina:

And contrary to popular belief, revered revolutionary and symbol of the Cuban Revolution, Ernesto Che Guevara, was bred and buttered in Argentina – not in Cuba as many would have you believe.

Like all developed nations around the globe, Argentina has an appetite for all things resource and energy. To that end, the country currently has three nuclear-powered generators in operation. To satiate their increasing energy demands, they plan on building more.

Feeding these reactors forces the country to import 500,000 to 1 million pounds of uranium annually from either Canada or Kazakhstan.

What Argentina lacks is a domestic source of uranium. With plans to upsize its nuclear energy sector, it needs one in the worst way.

Enter Blue Sky Uranium (BSK.V), a company with the resource potential to ax Argentina’s dependence on foreign sources of U308.

Blue Sky is exploring and advancing a portfolio of uranium and vanadium projects – near surface deposits with the potential for near-term, low-cost production.

The company holds the exclusive rights to over 434,000 hectares of terra firma spanning two provinces in Argentina. Its flagship project, Amarillo Grande, is located in central Rio Negro province, in the Patagonia region of southern Argentina.

The Ivana Property on the lower right of this map currently sports a resource of 19.1 million pounds of uranium oxide and 10.2 million pounds of vanadium oxide. This represents the largest uranium discovery in Argentina in the past half century.

Ivana is a unique deposit. It’s largely a Surficial type deposit contained within the sediments of ancient river beds or paleo-channels.

The importance of this detail cannot be overstated. The mineralization is hosted in loosely (poorly) consolidated sediments making exploration, extraction, and processing a walk in the park… child’s play. The image of a sandbox rat moving dirt around with his Tonka truck is not that far removed. 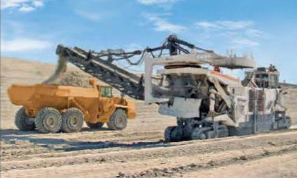 A second deposit type at Ivana, found along its lower coordinates, is what’s called a sandstone-hosted deposit. This type of mineralization – related to a braided fluvial system – runs deeper. This gives Blue Sky excellent discovery potential at depth.

As you can easily divine via the map featured further up the page, Blue Sky has a lot of ground to explore, a lot of ‘blue sky’ potential if you will.

Though the word ‘uranium’ is front and center in the company name, there’s a lot more to this story than yellow cake.

As noted above, the company is currently sitting on 10.2 million tonnes of vanadium oxide. Vanadium is added to rebar to give it shock and corrosion resistant qualities.

Vanadium is also revolutionizing energy storage. Billionaire Robert Friedland talks about its relevance today in the most glowing of terms…

As a consequence, this steel-blue metal has risen from $4 per pound to over to $33.00 in the space of only a few years. 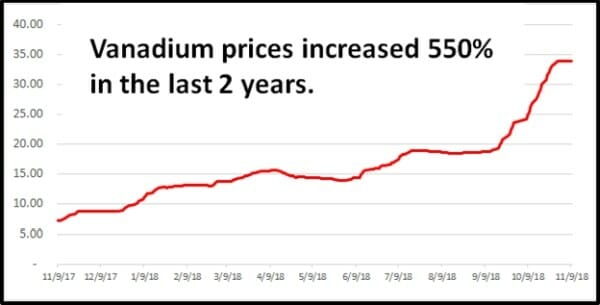 Is Blue Sky’s (BSK.V) uranium rainbow leading to a pot of vanadium?

The uranium and vanadium channel sample values reported here are excellent. It’s important to note that these pit samples were taken one kilometer west of the main Ivana resource. Translation: Ivana has the potential for some seriously big ass’d scale. 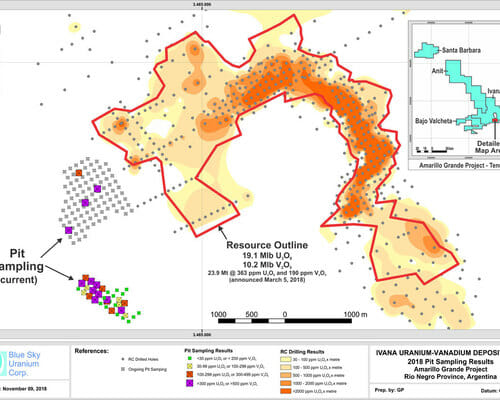 “The brownfields pit sampling program is ongoing, with a total of 133 pits planned. To date, analytical results have been received from 39 pits, 35 of which cover an area of approximately 1 kilometre by 500 meters, with the remaining 4 being from a second larger grid to the north. The pits were dug from surface down to a maximum of 2.1 meters. Pits revealed that uranium and vanadium mineralization is commonly present in the area below a 40 to 60 centimeter veneer of un-mineralized soil; the mineralization is hosted in unconsolidated sediments or regolith from underlying basement units.”

Assay highlights from this news:

The U308 and V values registered in these channel sample assays blow away the grades making up the main Ivana resource. The elevated vanadium grades are of particular interest.

“These results further demonstrate the expansion potential of the Ivana deposit, this time to the west, and the ongoing pitting and auger drilling program has the possibility of significantly expanding the footprint of this new mineralized area.”

These elevated grades could have a dramatic impact on the overall size of the company’s resource at Ivana. Same goes with future economic studies.

The mineralization at Blue Sky’s Amarillo Grande project is at or near surface and can be concentrated onsite with a simple wet scrubbing and screening process. The price of uranium and vanadium are sporting solid upward trajectories. These two factors bode well for the overall economics of Ivana – a preliminary economic assessment (PEA) is on deck and will give us our first peek at the robustness of the project.

“After the completion of the PEA, we are going to start working on a feasibility study with the goal of bringing the Amarillo Grande into production” stated CEO Cacos.

With 109.8 million shares outstanding (158 million fully diluted), recent trading in the stock gives us a market-cap of roughly $15.4M.

No indication at surface of mineralization or radio metric anomaly but when we enter the shallow trench, eureka, off the chart.

Full disclosure: Blue Sky Uranium is an Equity Guru client. We own stock.