“The number of Teslas, Nissan Leafs and other EVs in circulation worldwide has now surpassed three million,” stated the article, “an expansion of 50 percent from 2016.”

China is cracking down on pollution.  Researchers from Berkeley Earth estimate that 1.6 million Chinese die every year from pollution-related health issues. 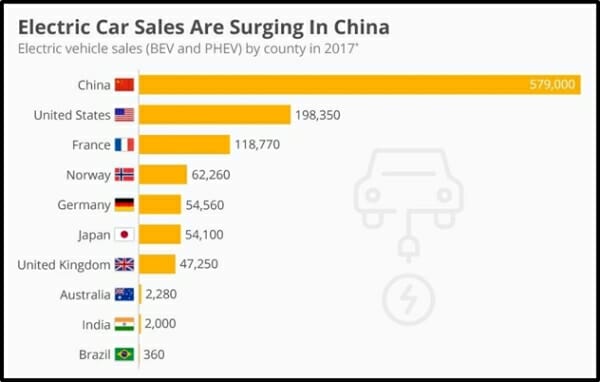 How to profit from this macro demand trend?

We present you with micro-cap Ceylon Graphite (CYL.V), that has “the rights to most of Sri Lanka’s known government-held graphite resources, excluding mines already in production”.

Ceylon controls hundreds of graphite shafts, which it is drilling to discover how far the graphite veins continue into the rock.  Ceylon’s CEO, Bharat Parashar intends to build multiple mines at a capex of about $1 million per mine.

Parashar is a heavyweight: 36 years of deal-making in South Asia – raising over $8 billion through debt and equity transactions.

Sri Lanka has recently signed a $1.1 billion deal with China to develop the southern deep-sea port of Hambantota – playing a key role in China’s “One Belt, One Road” initiative, which links China to Europe and Africa. 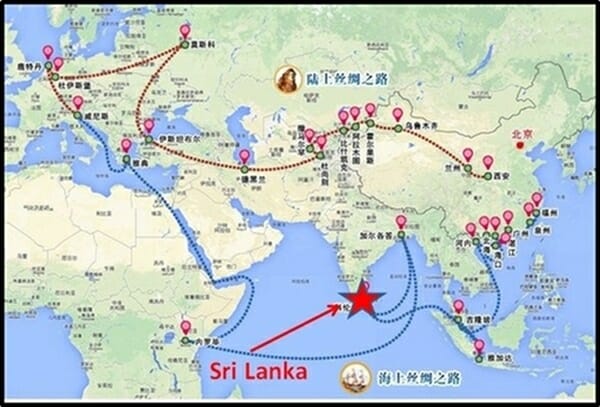 On September 27, 2018 CYL announced that the graphite obtained from its K1 site is “upgradeable and meets the specifications of marketable battery grade graphite with a final carbon content of 99.96 wt -%.”

The testing was conducted by certified German lab Dorfner Anzaplan.

Further lab testing will evaluate the feasibility of producing a spherical graphite product from the samples provided by CYL.

“This testing confirms that we have the ability to provide marketable battery grade product to battery manufacturers and energy storage companies,” stated Parashar.

Parashar believes that Ceylon is rapidly approaching its goal “of becoming a relevant player in the graphite market.”

Ceylon Graphite has six large sized high-quality veins at its K1 site, test results from each showing Carbon content of over 90%.

“We have some of the world’s purest naturally-occurring graphite readily accessible at our mines,” confirmed Parashar, “which is easier and cheaper to upgrade to marketable battery grade than lower grades of natural graphite.” 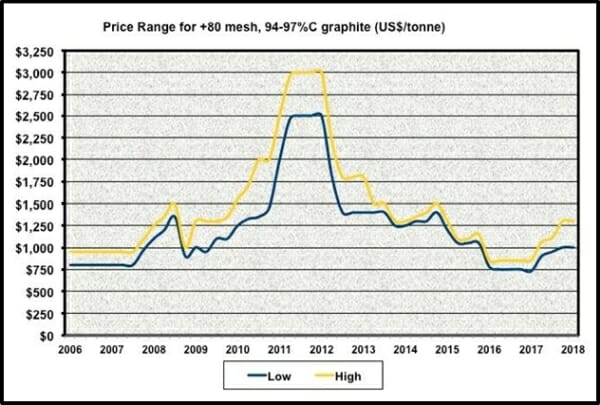 These veins were discovered in the normal course of drilling at the K1 site.

“This discovery coupled with the veins we discovered earlier in the year clearly demonstrates a large resource base at K1,” stated Parashar, “We are positioning the site to start commercial production of some of the purest naturally occurring graphite on the planet.”

According to Bloomberg news, graphite demand is soaring “because of its use in electric-vehicle batteries.”

A recent Global Graphite Market Report, predicts that the global graphite market will reach $21.4 Billion by 2024, growing at a Compound Annual Growth Rate (CAGR) of 5.6%.

China is currently working towards a new EV target of 12% of all vehicles by 2020.