Ceylon Graphite (CYL.V) explores a tiny country loved by both the US and China 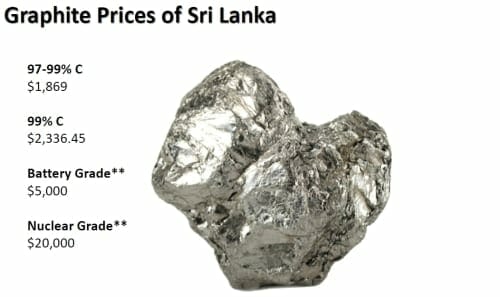 In the mining business, “political risk discount” refers to share price depreciation caused by the possibility of a local government throwing a wrench into your project.

Let’s be clear: the possibility is always there.

Investing in mining projects where the political discount is falling, is one way to mitigate financial risk.

Sri Lanka is the prime example of a country with an improving reputation for resource extraction.

That’s significant because Sri Lanka happens to be pregnant with one of the world’s most sought-after commodities.

But before we get into what’s-in-the-ground-and-how-to-get-it-out, let’s review how both the US and China are buddying up to Sri Lanka, and how this can attract international investment dollars.

On October 11, the US announced it is expanding military relations with Sri Lanka to address mutual threats.

“Piracy and armed robbery at sea plagued the Western Indian Ocean for an extended period,” stated US Admiral Scott Swift, “disrupting the delivery of humanitarian aid to Somalia and threatening the use of critical sea lanes. In 2012 alone, the estimated costs to governments and the shipping industry caused by piracy were nearly $7 billion.” 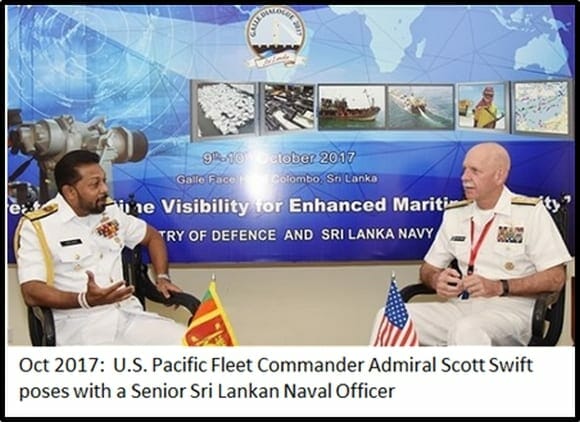 The Chinese government gains a 99-year lease on the port and a port-side 15,000-acre industrial zone.  Hambantota port will play a key role in China’s “One Belt, One Road” initiative, which links China to Europe and Africa. 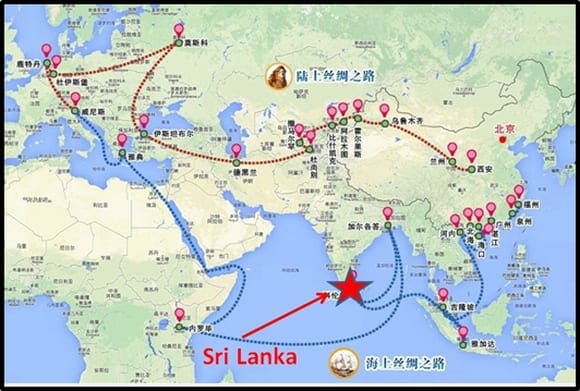 Sri Lanka has something both the US and China needs: premium grade large-flake graphite – required for electric vehicles.

A hundred years ago there were more than 200 mines in Sri Lanka and the country exported 33,000 metric tons of graphite – meeting 40% of the world’s demand.

The world is starting to wake up to Sri Lanka. 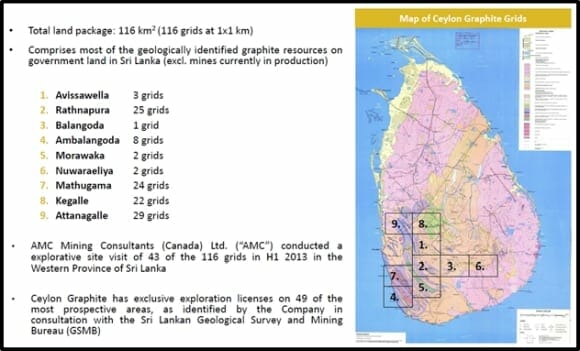 The acquisition of JADS will bring the total number of Grid units under Ceylon’s umbrella in Sri Lanka from 116 to 121.

“Historical drilling records, from over 30 exploration holes at the Panliyadda sites, suggests the potential for high-quality vein/lump graphite in these 5 GRIDs.”

Equity Guru warns its readers that the word “historical” means that the geological protocols used to accumulate the data were insufficient to guarantee the accuracy of the claims.

It’s like a child telling you “My homework is done”.  Probably true.  But unverifiable.

“Our first goal is to start commercial production of graphite in the foreseeable future,” stated Bharat Parashar, CEO at the time, “and then provide consistent quality and volume of the product.”

When the JADS acquisition is finalised, Ceylon intends to conduct a limited drilling program to confirm the quality and quantity of the graphite mineralization, prior to developing a mine plan.

“Upon completion of the drilling program, and provided the results of that program are favourable, Ceylon intends to apply for a Class B Mining License, with the ultimate goal of establishing mining operations.”

Bharat Parashar, Ceylon Graphite’s CEO, said: “We anticipate that the acquisition of JADS will provide Ceylon with a more substantial resource base and positively impact both the quantum of graphite we will bring to the market and our production timelines.”

Allied Market Research, recently reported that the global graphite market was valued at about $13 billion in 2015, and is expected to reach $18 billion by 2022.

“As these industries grow we anticipate the value of high-quality graphite, the likes of which is available primarily in Sri Lanka, will increase,” stated Parashar.

CYL is has a market cap of $8.7 million.  It’s a little company, but the CEO Bharat Parashar is a heavyweight in South Asia: – raising over $8 billion through debt and equity transactions.

We think it’s a sleeper.