We’ve been saying it for a while now, but First Cobalt (FCC.V) is a straight up mega beast, and today’s news, that they’ll be taking out US Cobalt (USCO.V) is further evidence of that.

It’s not often you can put together a family tree for a smallcap company, but here’s how it stacks up for First Cobalt. 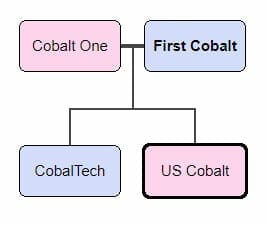 First Cobalt and Cobaltech were all getting in the family way last year, when FCC.V cast an eye to a long distance relationship with Australia-based Cobalt One. FCC was all, “Don’t make me birth this child out of wedlock,” and Cobalt One was all, “I’m in.”

So the happy family of three churned along until today, when it birthed a fourth family member with US cobalt, formerly Scientific Metals, which is digging up shiny cobalt in Idaho.

SO LET’S DIG INTO WHAT FCC NOW HAS IN-HOUSE:

That’s a lot of cobalt.

Into the bargain, they’ll also pick up USCO’s petro-lithium properties in the Paradox Basin, Utah, and the Deep Valley lithium project in Alberta.

Cobalt isn’t going away. We need it and a lot of it, if we’re going to avoid living the caveman lifestyle of houses without battery walls and phones without 24 hour charges and cars that run on dinosaur bones.

Added into the bargain: We only want it from CERTAIN PLACES.

That is, we don’t want it from the Democratic Republic of the Congo (DRC), where kids are sent down deep holes on the end of ropes to point sharp sticks at rocks that may be cobalt and may also kill them by the age of 23. We don’t want it from Chinese processors of that blood cobalt, that throw bags of different grades together and send out a finished product that sometimes sets your Samsung on fire.

First Cobalt was, for a time, focused on opportunities in the Congo, not because it likes dangling kids on ropes, but because the President and CEO, Trent Mell, felt he could bring a higher standard of ethics to the African patch, share some of the wealth with those doing the work, and make great money doing so.

But investors were only so warm to the idea, so he pivoted in no uncertain terms.

First Cobalt’s solution to the African exploitation problem is to min for cobalt in North America.

“Investors are very supportive of our vision for the Canadian Cobalt Camp and we are aligned with their desire to focus on the bulk mining potential of this district, located in the best mining jurisdiction in the world. The Canadian Cobalt Camp is emerging as one of the most prospective targets for cobalt exploration. The DRC remains very appealing geologically but the investment climate has deteriorated since the strategic alliance was announced and we have significantly expanded our footprint in Canada.”

Since then, FCC has amassed (and I mean amassed in every sense of the word) a large land position in Canada, in the red hot Cobalt, Ontario camp, where companies like Cobalt Power Group (CPO.V) and Castle Silver (now Canada Cobalt Works – CCW.V) have seen great stock runs as they march closer to production.

The USCO deal brings a lot more to the First Cobalt story.

US Cobalt shareholders get a 61% premium to their share price by virtue of 1.5 FCC shares for every USCO share they own (approx $1.50 in worth). USCO has already been on a significant run but had neared a psychological barrier of $1.00 before the deal.

the announcement helped smash them through that. 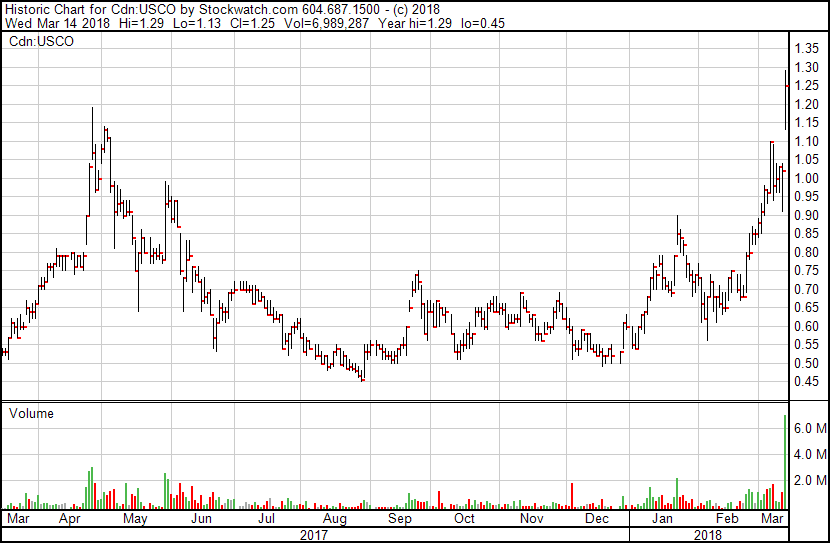 Shareholders will still have to approve the deal, but they should. First Cobalt’s people are top of the tree guys with multiple strong exits in their wake, the FCC refinery is a gamechanger for the Cobalt Ontario region and will likely see them getting revenue from every other company in the area to process their metals, and personally I see this company as one of the few battery metal retirement plays.

If you buy FCC to make a profit tomorrow, don’t. The acquisition drove their price down, as tends to happen, even though the bigger company will be a monster in the business.

But if you’re looking to watch your stake grow over years, as cobalt shortages bite and a renewed focus on responsible supply drives companies away from the DRC, First Cobalt is legit, and its $200m market cap is far below value.

FULL DISCLOSURE: Just about every company in this story is or has been an Equity.Guru marketing client, because we love the space and the companies in it. Currently, First Cobalt, Canada Cobalt works, and Cobalt Power Group are clients. USCO was a former client, when it was Scientific Metals, as was Cobaltech before it was acquired.