For most investors – even smart ones holding stocks like First Cobalt (FCC.V) – last week was punishing.

Weed, Crypto, Biotech, Transportation, Gold – everything was down.

But here’s a question: did you react to the carnage by

A. Selling your Electric Vehicle?
B. Hurling your mobile devices into the ocean?

Then let’s assume that batteries are still a thing. 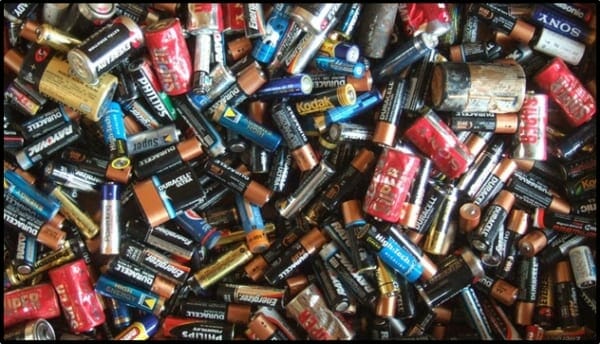 That means the world remains hungry for battery ingredients like lithium, cobalt, nickel, graphite and manganese.

On May 24, 2017, our initial coverage of First Cobalt pointed out that “FCC has an option to acquire 100% interest in Keeley-Frontier Mine in Ontario.”

We could see the project had potential but quite frankly it was jumping up and down in a room full of noisy infants – all clamoring for our attention.

Most of those infants are still sucking their thumbs, but FCC got all grown up.

Well, I had a Turkish girlfriend once who claimed she was flat as a board until she was 17. Late one Thursday afternoon a back-log of estrogen was suddenly released –  the following Tuesday she was a C-cup.

How did FCC do it? 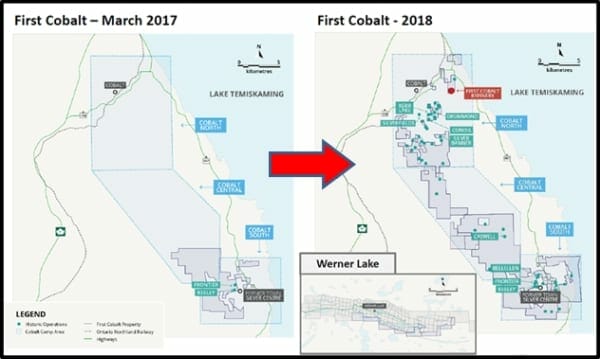 “These results are very encouraging as further validation of our view that the Cobalt Camp material previously believed to be barren does in fact host disseminated material amenable to a bulk tonnage operation,” stated Trent Mell, President & CEO, “We are in the early days of our drill campaign and these results demonstrate the potential for long cobalt and silver drill intercepts outside the historically mined vein systems.”

First Cobalt began its maiden dill campaign in late 2017 and has already received assays from half of its 6,500-meter program.

In 2018, FCC plans a 26,500-metre program to test 13 mineralized areas throughout the Cobalt Camp with a known historical production of cobalt and silver. 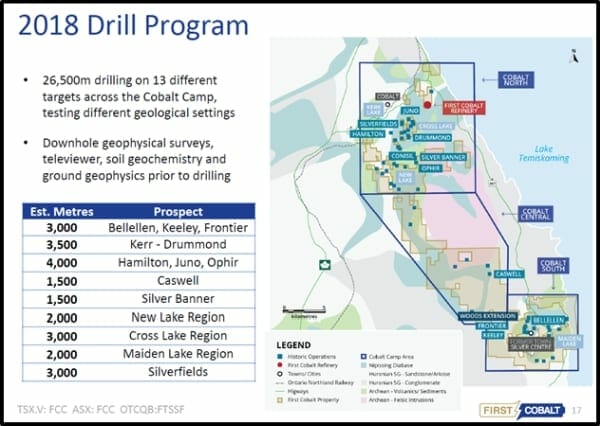 “The Cobalt Camp was historically the most prolific cobalt jurisdiction in Canada and home to the largest silver producers worldwide. It is estimated that this mining district produced 50 million pounds of cobalt and 600 million ounces of silver from 1904 to 1985 from 70 different mines.

These historic mines focused mainly on high-grade silver veins mined in narrow underground operations. First Cobalt’s thesis for the Camp is that the application of modern exploration methods, new technology and a view of cobalt through the lens of bulk mining potential may unlock value previously overlooked.”

On January 30, 2018 First Cobalt announced completion of the first phase of an extensive muckpile sampling program.

Despite the scatological-sounding nomenclature, a “muckpile sample” is not human matter found at the bottom of a diaper.

Muckpiles are mine rocks that were destroyed by blasting during historical mining operations.

This program will provide a better understanding of representative grade characteristics of muckpiles and potential processing methods for early cash flow.

If the initial results are positive, First Cobalt plans to conduct a district-scale muckpile sampling program to support an independent NI 43-101 technical report.  Each of the 50 past producing mines has at least one muckpile associated with it.

After perusing the available data, it is our opinion that the muckpiles could have economic quantities of cobalt and silver.

For this reason, we are going to keep a close eye on these muckpiles, as well as on the drill results.

For an exploration company, that’s what puberty looks like.

We believe there is a lot more growing to do.

Full Disclosure:  FCC is an Equity Guru marketing client, we also own stock.