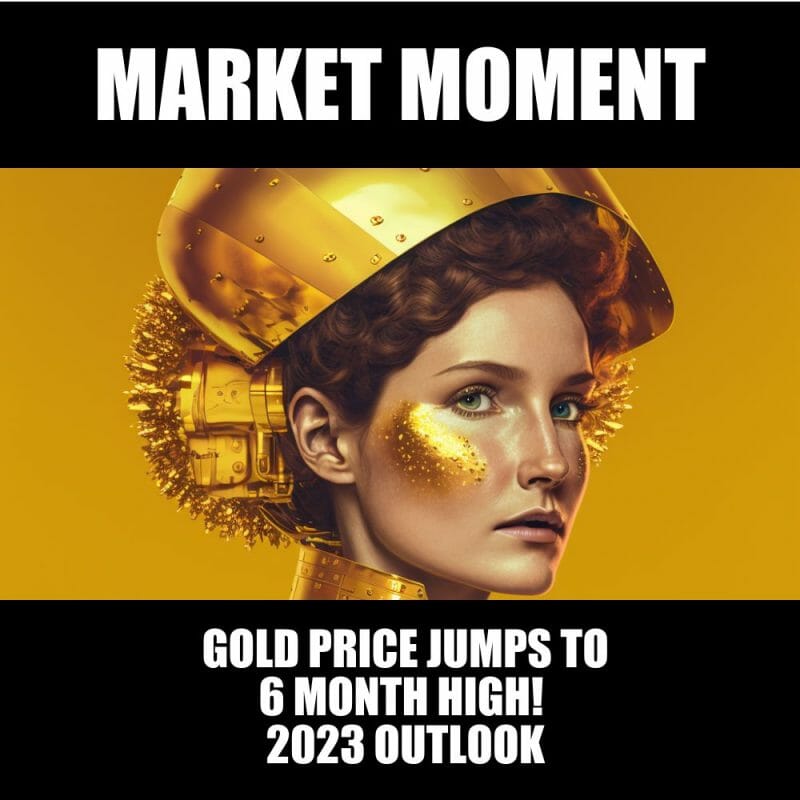 It is no secret that I am bullish on gold and silver. Some have argued that it hasn’t worked as an inflation hedge. But I think those in the UK, Japan and Europe would differ as they have seen their currencies, therefore their purchasing power, drop.

A lot of the mainstream financial media forget this part. Gold is insurance, and is meant to protect your purchasing power.

When it comes to a gold super spike, there is one thing I am looking for. Sure, it could happen with a US Dollar drop but unfortunately I don’t see that. I see the US Dollar rising as per Dollar Milkshake Theory. Gold will have its day in the sun when a confidence crisis begins. When people begin to lose confidence in the government, the central banks and thus the fiat currency. I don’t know about you, but I think we are in the middle stages of a confidence crisis.

Gold has been making headlines. I have seen many younger investors ask me about the precious metal after seeing an ad from the World Gold Council before watching a video on Youtube! I have seen these ads even on TV on sports channels.

And then there is Russia and China. The way the Russians have combated the US sanctions and the drop in the Ruble was by holding Gold. This goes back to 2014. As the Ruble drops against the US Dollar, Gold against the Ruble appreciates, thereby leaving the Russian Central Bank practically untouched. For nations planning on challenging US hegemony and the US Dollar going forward, then Gold will be crucial.

“In addition, the de-dollarization seen by several central banks last year when a record amount of gold was bought look set to continue, thereby providing a soft floor under the market.

“Central banks as a group have continued, since the great financial crisis, to add more and more gold to their reserves, with a new record set for [the third quarter of] 2022,”

But what about a more simple explanation for gold price rising?

Simply put: analysts expect gold prices to rise due to recession, stock market valuation risks, and the eventual peak in central bank rates. Putting it another way, gold will rise as the trajectory of monetary policy enters the more ‘dovish’ side of things. That Fed pivot that most analysts are looking for.

In summary from the analysts, many are expecting gold to rise at least 20% higher in 2023. But there are some who say forget about 20%. They are thinking new record highs:

Before we look at my chart, let’s first look at a simple line chart: 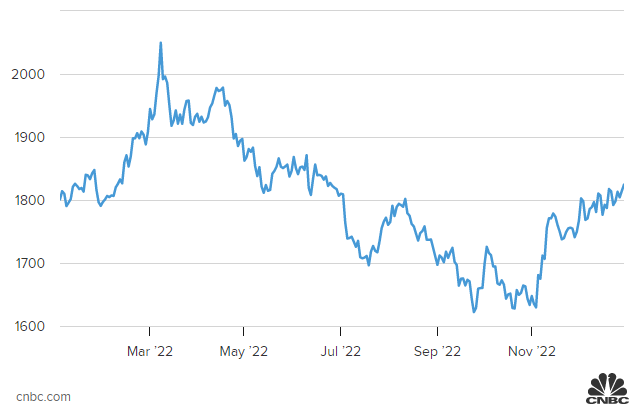 Simple line charts are powerful, and you don’t have to be a technical guru to see the overall trend. Looking at the chart above, you can clearly see that gold’s downtrend ended in Fall 2022. A new trend is beginning.

Adding some more technical jargon, in Fall 2022, we actually saw gold confirm a reversal bottoming pattern known as the double bottom pattern. We have even seen gold take out $1800 adding more strength to this reversal.

With the downtrend over, we now should expect an uptrend with multiple waves higher. Or basically, the similar type of move we saw in the downtrend on the chart above but this time, to the upside. 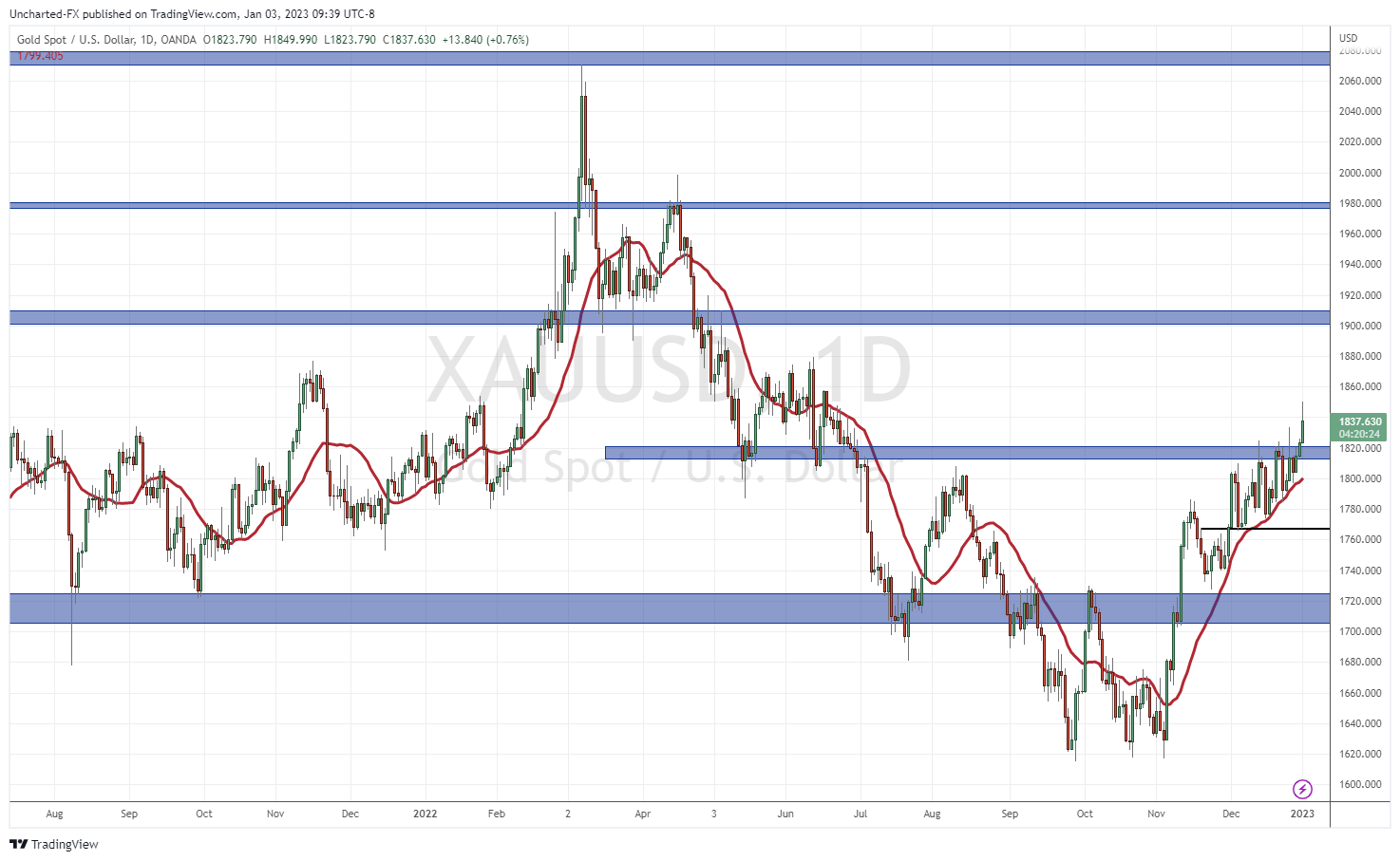 Many of my technical levels have been taken out which is actually bullish for gold. I have been watching the resistance around $1820 where we did see gold react. We could not break above it and I was worried the sellers would re-enter and drive prices lower to nullify the reversal.

But we have managed to breakout above $1820, and I am really watching today’s candle close. Going forward, $1820 becomes new support, and any dips to it should be bought by bulls.