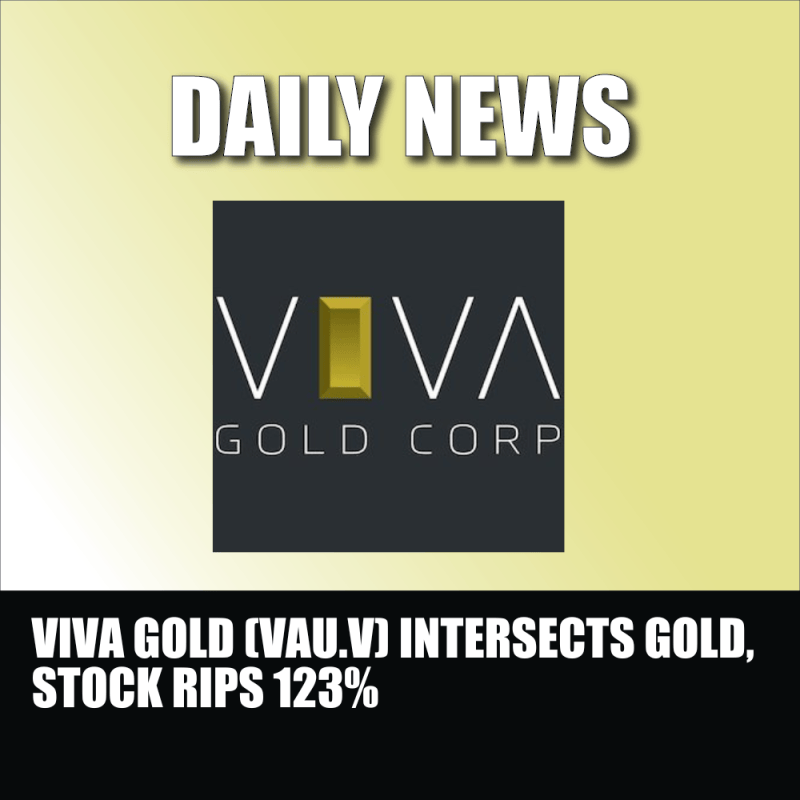 Viva Gold (VAU.V) today announced initial assay results from a Reverse Circulation (RC) drill program at its Tonopah gold project in Nevada. 16 drillholes have been completed for this current program and submitted for assay. This press release details results from the first 6 holes. 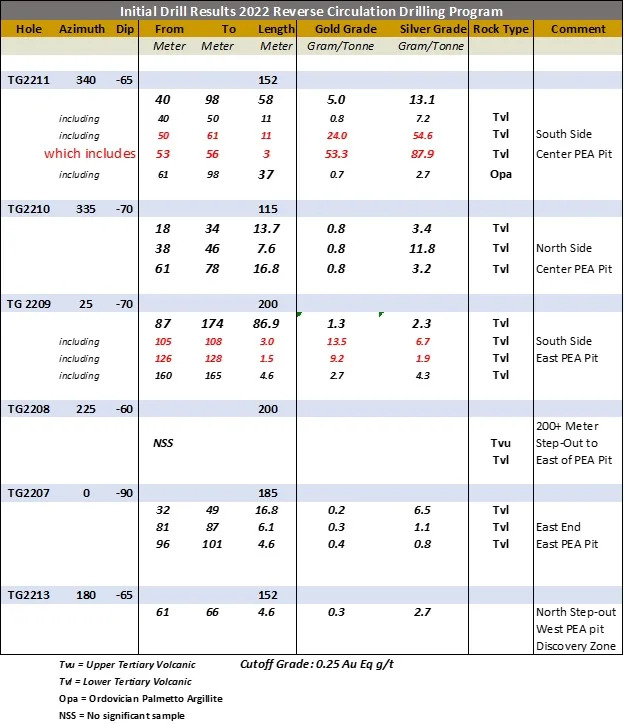 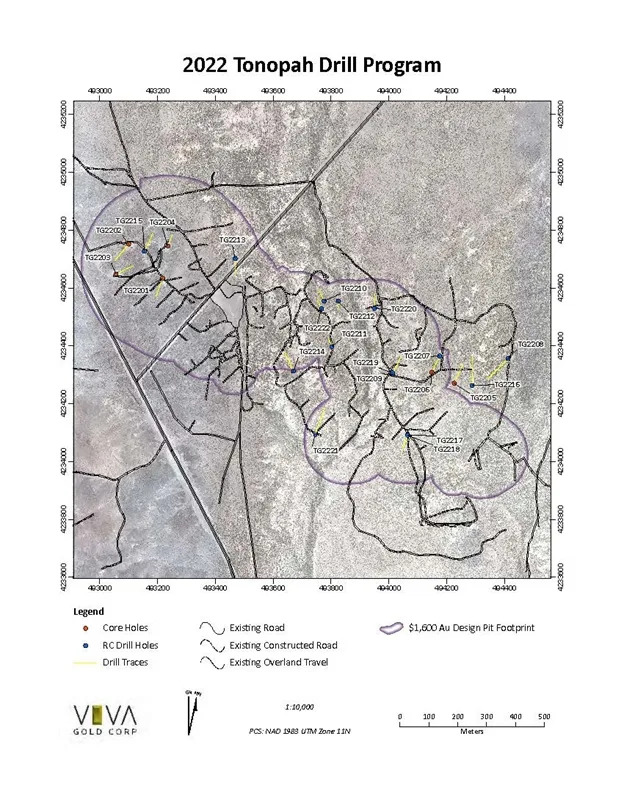 “These initial drill results are exceeding the stated goals of this program. Our program was designed to infill and extend mineralization to the north and south along the strike of the resource pit, and to convert inferred resources in the pit to measured and indicated. Actual results have thus far exceeded these goals by increasing grade with long, unexpected zones of high-grade gold intercepts. Even within the pit shell limits we are still being surprised to the upside with new areas of high-grade mineralization. Results from holes drilled along strike on the north and south margins of the PEA design pit also confirm that the deposit remains open in those dimensions. We believe that continued success in increasing the width of the mineral zone will help to reduce project strip ratio and increase gold resources while also improving project economics. We anxiously await the results from the remainder of our program,” states James Hesketh, President & CEO.

Viva Gold owns the Tonopah Gold Project located on the world class Walker Lane Mineral trend in western Nevada. The project is located about 30 minutes’ drive southeast of the Kinross Round Mountain gold mine. 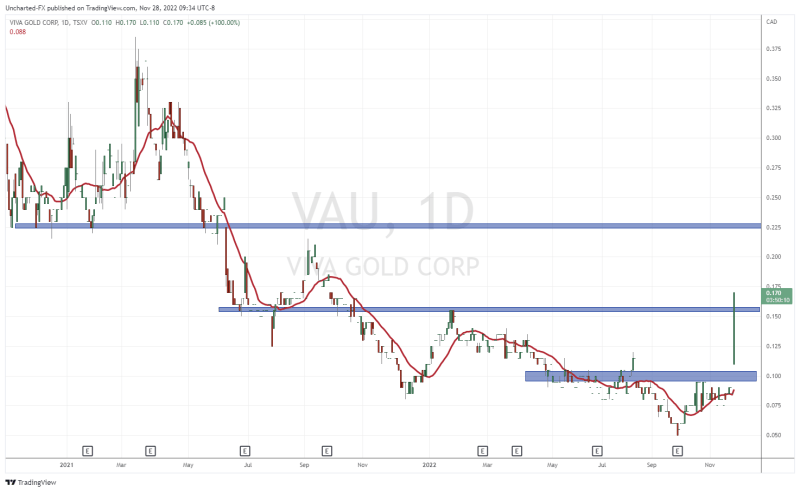 The stock is also breaking above important technical levels. Firstly, the break above $0.10 looks to have triggered an inverse head and shoulders pattern which is a quintessential reversal pattern. The stock remains in an uptrend in the long term as long as it remains above $0.10.

We are also breaking above $0.15, but the end of the trading day will tell us whether we confirm a close above it, triggering another breakout. The next major resistance comes in at $0.225.

A very big move supported by both the technicals and the fundamentals. Things are bullish. For chasers, be careful as I would expect some traders to take profits especially with a triple digit percentage move like this. Going forward, I look forward to seeing the other drill results from this gold junior with an advanced project.