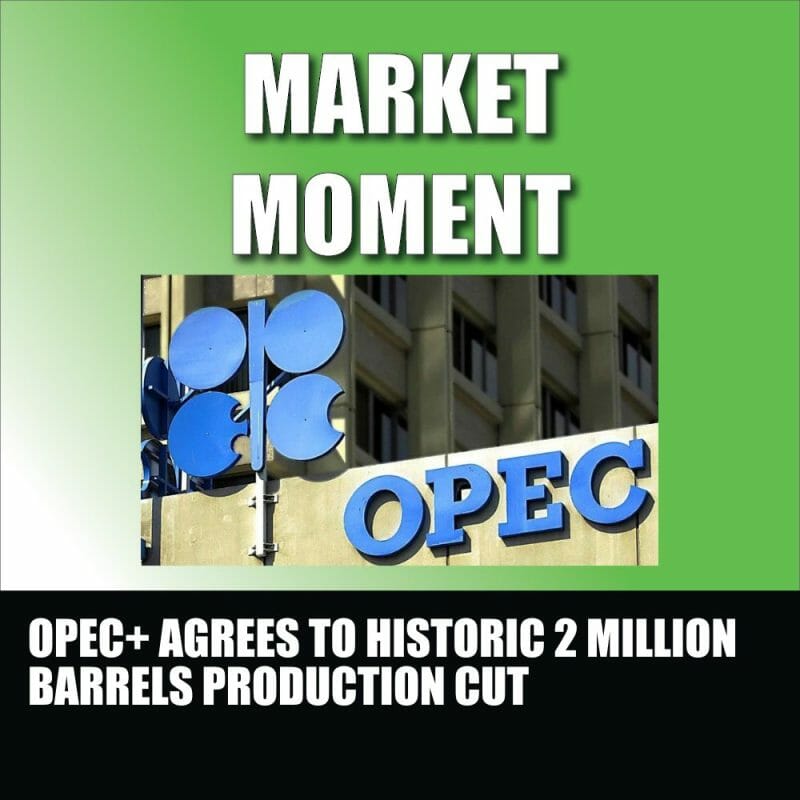 The Biden vs OPEC+ saga continues. After President Biden told OPEC to increase production to lower oil prices, even visiting Saudi Arabia to plead his case, things are not going the President’s way.

Back in August, OPEC did agree to a production increase to help lower oil prices. Albeit a tiny one at an increase of 100,000 barrels per day. Some said this was an insult to President Biden. Saudi Arabia is not taking the President seriously.

The insult intensified one month later when OPEC+ said they would reverse their decision to increase production and instead decrease production beginning in the month of October. That is where we stood until OPEC+ (remember the plus is Russia) gathered in Vienna for a meeting where a big production cut was reportedly on the table.

Rumors were correct. This morning it was confirmed that OPEC+ have agreed to a historic production cut. The largest production cut in two years. In their first face-to-face gathering since 2020, OPEC+ agreed to cut production by 2 million barrels per day from November. 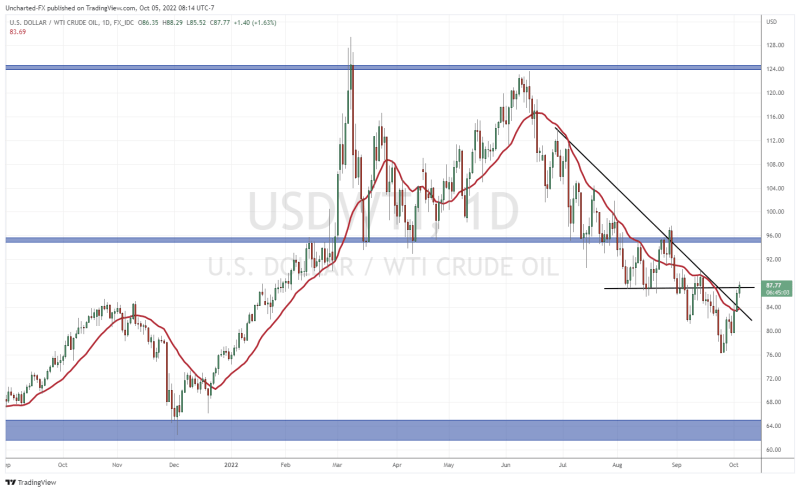 Oil has been popping in anticipation of this OPEC meeting. Prices have steadily been dropping as you can see by the trendline I have drawn. However, it appears as if this is about to change. Recent price action just closed above the downtrend line. Prices are currently testing the resistance level at the $90.00 zone. A break here could take us back to $100… and higher.

US consumers won’t be too happy to learn that gas prices are about to start accelerating again.

The big thing to watch is the geopolitics. Readers may recall that I mentioned that Saudi Arabia is key… and it seems that they are leaning towards the Eastern Sphere. President Putin and Crown Prince Mohammed Bin Salman (MBS) seem to be getting along quite well.

Many analysts believe that the OPEC shun to Biden was more of a geopolitical statement. A way to defy American pressure. Expect a White House response.

President Biden won’t be too happy about this with mid-terms coming up and oil prices likely to increase. It will of course be a big talking point as Americans look to leadership to help lower living costs.

For us traders and investors, it means that inflation numbers are likely to remain elevated. Depending on the increase in oil prices, we might even get CPI data which eclipses the June 2022 9.1% highs down the road. Central banks will remain aggressive and hawkish in raising interest rates to tame inflation.