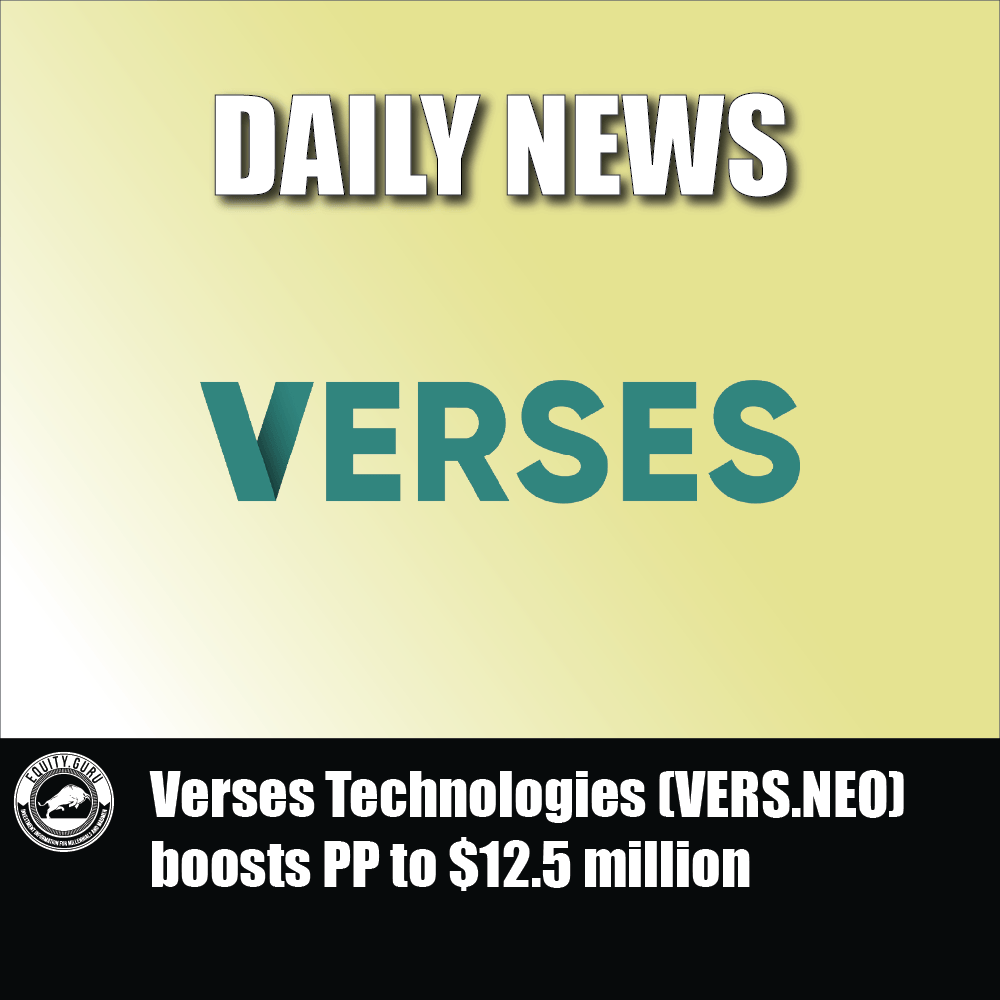 Verses Technologies (VERS.NEO), an industry-leading AI company setting the stage for contextual computing, announced today that it had closed the second tranche of its previously announced non-brokered private placement for gross proceeds of $5.50 million CAD, bringing total aggregate gross proceeds for both the first and second tranche to $10.74 million.

The company also announced that it had upped the size of the private placement another 25% to 12.5 million units at $1.0 per unit.

Every unit is made up of one Class A subordinate voting share in Verses and one-half of a Class A share purchase warrant.

Each full warrant entitles the holder to purchase one Class A share at an exercise price of $1.20 per share until August 15, 2025.

Warrants in this placement are subject to acceleration. If at any time prior to the expiry date of the warrants, the volume-weighted average trading price of the Class A shares on the NEO exchange exceeds $2.40 per share for a period of 10 consecutive trading days, the company may, at its discretion accelerate the expiry date to the date 30 days after written notice to warrant holders.

Proceeds from the private placement will be used for general working capital and all additional tranches remain subject to regulatory approval.

All shares issued in the second tranche are subject to a customary hold period of four months expiring December 18, 2022.

There was insider participation in the second tranche and certain members purchased an aggregate of 50,000 units.

In recent news, Verses announced that it had become a member of the Digital Twin Consortium®, further extending its marketing presence and industry thought leadership.

The market has been extremely receptive to Verses and its story, more than doubling SP value since the company’s IPO in June.

Equity.Guru’s own Chris Parry sat down with Gabriel Rene, Verses founder and CEO, recently to discuss the company and its capacity for growth in the emerging contextual computing market.

Gabriel also spoke with Jody Vance to lay out the company’s value proposition in easy-to-understand and exciting terms. 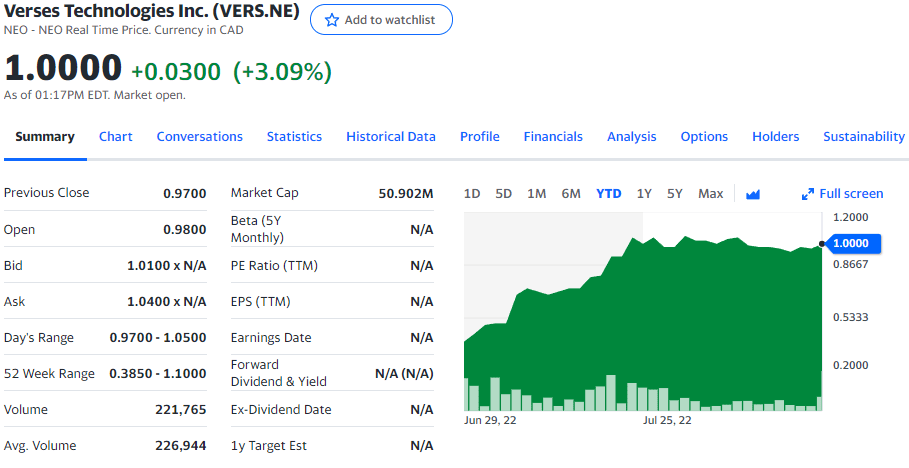 VERSES (VERS.NEO) is one of the hottest Canadian tech IPOs of 2022!