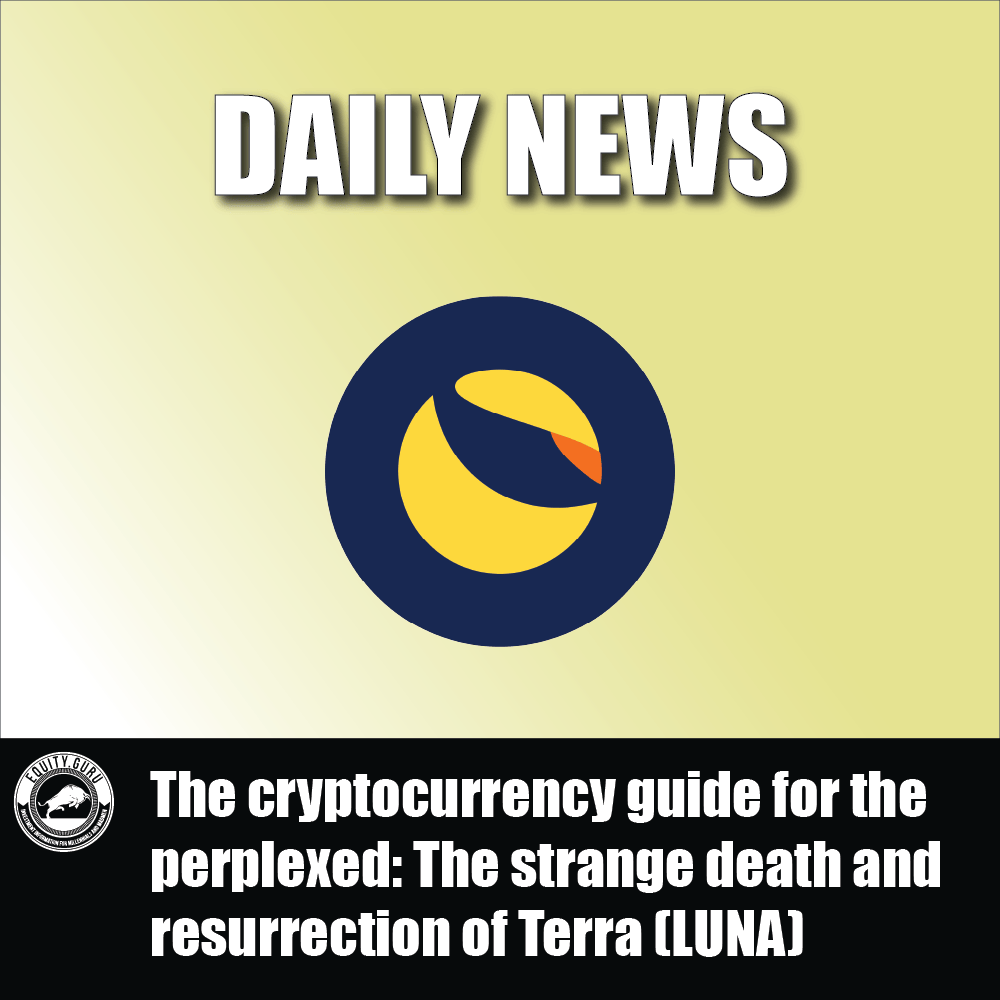 The cryptocurrency guide for the perplexed: The strange death and resurrection of Terra (LUNA)

You really have to wonder at the audacity of some of these cryptocurrency types, don’t you? It’s not even two weeks after LUNA collapsed, forcing UST to depeg from the dollar, and the whole algorithmic stablecoin project to come crashing to the ground. Now Do Kwon, the man behind the Terra blockchain, has rolled out a LUNA 2.0 hard fork, with a new chain called Terra (LUNA). The old chain will be called Terra Classic (LUNC).

The hard fork moves away from the algorithmic stablecoin model they were employing before.

We can’t say that it’s done very well since. 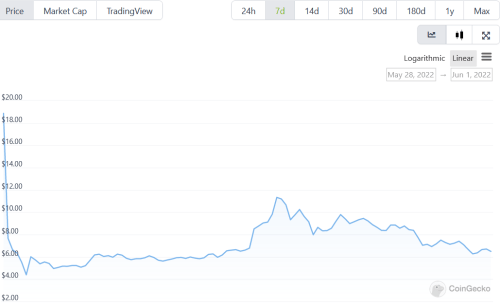 The sell off in the beginning renews my faith in humanity.

The good news is that most of these are back on the market ready to be bought. The airdrop happened and the coin debuted between $17 and $18 only to tank in hours as former LUNA holders piled in to sell their stake. Now almost a week later it’s hovering around $8.50 (specifically, $8.67 at the time of writing.)

The bad news is that reports of Stockholm Syndrome manifesting itself in the cryptocurrency markets seem to be fake news. Seriously, it’s the only explanation that makes any kind of sense as to why anyone would want to continue to put faith in a Do Kwan venture after last month’s implosion.

Also, there are thousands of other coins, many of which are far more worth your time than LUNA. The team has proven itself to be a failure.

Regardless, the biggest criticism so far of the new coin involves how the project will be able to support itself without a stablecoin like USTC, which is no longer part of the mix after the hard fork. Now it’s a coin that you can theoretically use for DeFi—like about a thousand other coins that haven’t endured catastrophic failures. Yet.

So what happened to LUNA? 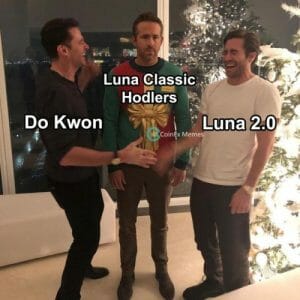 Let’s recognize first that the history of cryptocurrency has been a history of speculative bubbles, usually spaced anywhere from two to four years apart, and usually corresponding with Bitcoin’s halving. Before you start wondering what I’m on about, you can’t talk about what’s going on with the alts without looking at what’s happening to Bitcoin.

Bitcoin is the bellwether for cryptocurrencies and what happens to Bitcoin generally trickles down to effect the alts, and the Terra/LUNA fiasco is no exception.

Earlier this month, the LUNA and UST relationship met its ultimate end, resulting in UST being depegged from the dollar.

If you’re unfamiliar, here’s what I wrote about how the algorithmic side of things work:

“They’re called algorithmic because they’re supported by an on-chain algorithm that acts as an intermediary between supply and demand between the stable (UST) and another cryptocurrency (LUNA) that’s used or burned or bought or sold to help keep the stable at its peg.

When supply of UST is too small and demand for it is too high, the price of UST goes above $1. To bring UST back to its peg, the Terra protocol lets users trade 1 USD of LUNA for 1 UST. This trade burns 1 USD of LUNA and mints 1 UST, which users can sell for 1.01 USD and pocket a profit of 1 cent. If you do this in large quantities, you can make some cash. It’s called arbitrage.”

We can’t be certain about what exactly happened to cause the de-pegging. A few ideas being floated are an attack (possible), the LUNA itself was a scam (unlikely) but the more probable of these is that the algorithmic relationship between LUNA and UST wasn’t shock-proof. When the greater market forces pushing down all cryptocurrency prices reached LUNA, the smart contract governing the LUNA and UST relationship got overtaxed and couldn’t handle the increase in demand.

Hence, UST lost its peg and LUNA’s people lost their minds.  The only people more sad than those who bought into the new LUNA coin are those holding onto the old one, expecting a resurgence.

Regardless, Terra users can use the new LUNA coin on decentralized applications (dApps), stake it on the Terra Station wallet and trade the asset on some exchanges. These exchanges include Kraken, Huobi, Bybit, Bitfinex, and Binance.