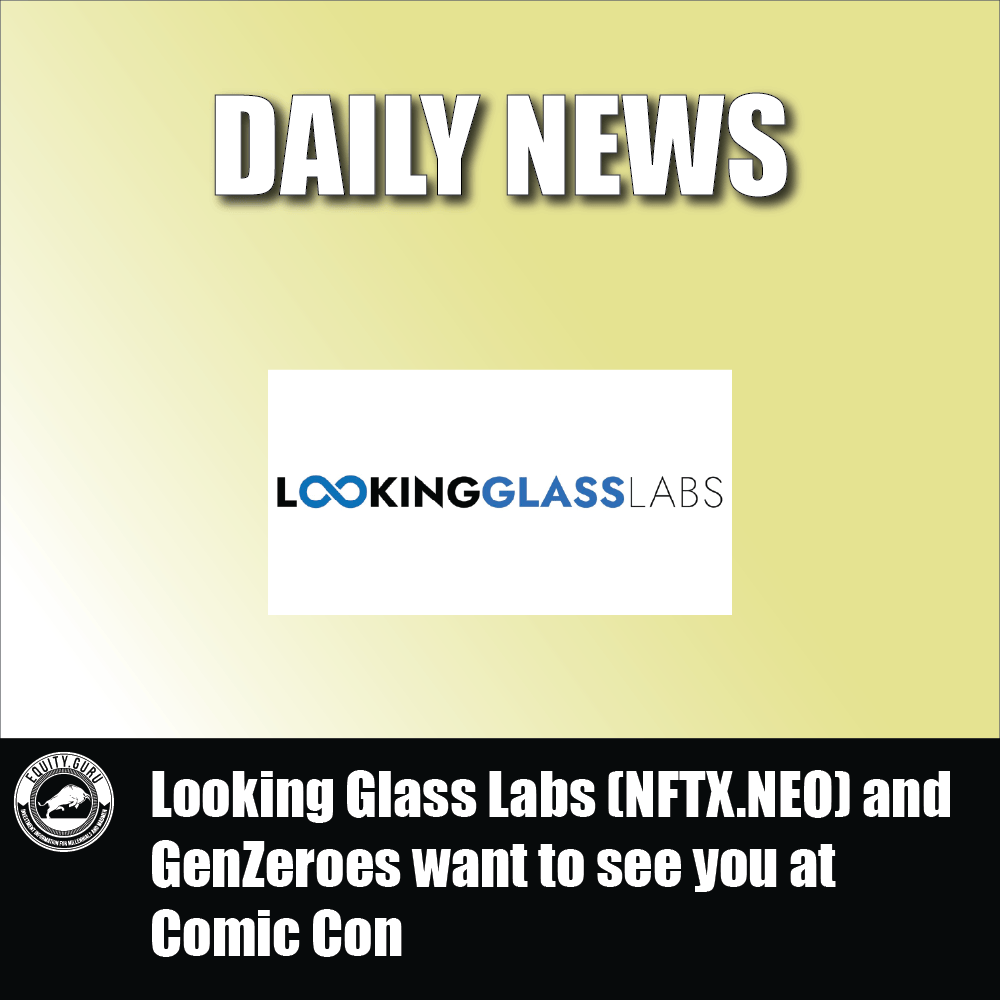 Looking Glass Labs (NFTX.NEO) and GenZeroes want to see you at Comic Con

Looking Glass Labs (NFTX.NEO) has released their GenZeroes roadmap, which involves a number of different broadcasts, launches and other events deep into the summer months.

GenZeroes is the product from the company’s flagship studio, House of Kibaa, and the roadmap lays out expectations from the GenZeroes franchise until the end of July, including eight chapters of the live-action series in the form of webisodes and comics, an NFT drop, a fireside chat, contests and merch for NFT holders.

In lieu of an actual description, here’s the teaser for what GenZeroes is all about.

The trailer dropped May 4th at noon PST and there’s a fireside chat scheduled for May 1. On May 18th, they’re dropping the first webisode and the second chapter will drop two days later as a comic. The third chapter will be a webisode on the 25th and the roadmap will be complete for May. In June, they’re switching to a NFT drop for GenZeroes, with chapters four and five dropping as comic and webisode respectively, with six, seven and eight coming throughout June. After that, the NFT Golden Ticket Comic Con winners announcement will drop.

“We are excited to announce the robust GenZeroes Roadmap and kick-off the marketing campaign around the series. We are very proud of how everything has come together and are truly grateful to launch the first ever live-action NFT series. We are happy to see GenZeroes make history and showcase just a hint of the endless possibilities that NFTs are beginning to offer the entertainment industry,” said Dorian Banks, CEO of Looking Glass Labs.