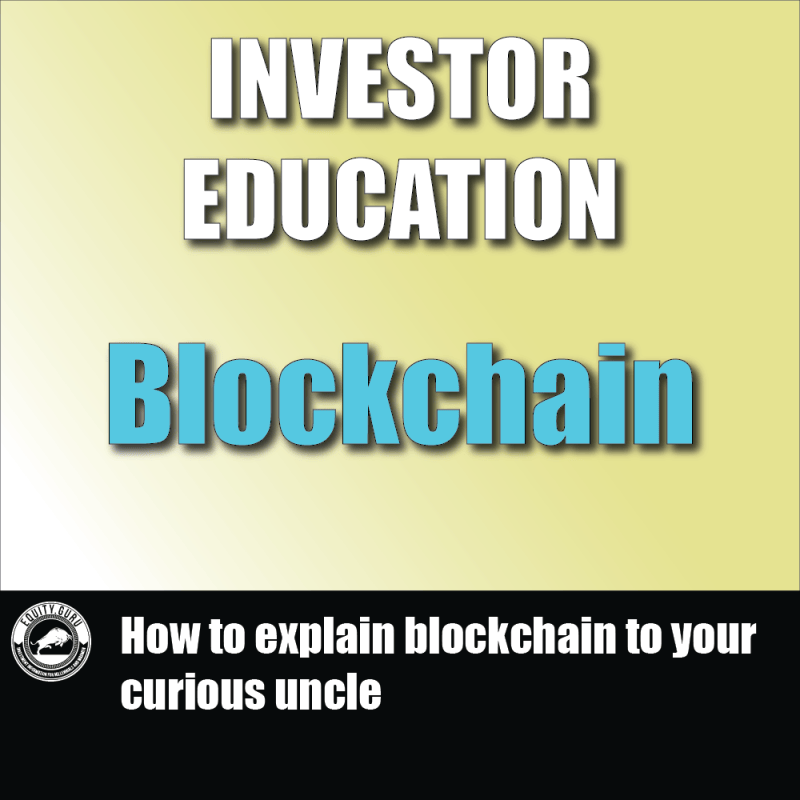 How to explain blockchain to your curious uncle

Explaining blockchain related topics can hard. It’s the whole dissemination of complex technology into easily digested bite-sized bits. It takes a bit out of you. On the plus side, when most of your older relatives (like say, an uncle) take you aside during the intermission of a hockey game to ask you to explain blockchain to them before the game comes back on it’s a clear indicator that this tech is catching on.

It’s also enough to make you want to pull your hair out.

It’s not that these folks aren’t capable of grasping it. They are. It’s that topics build onto other topics, and unless you’ve honed your explanation down to the bare minimum (and I have), you’re eventually going to lose them in a series of digressions into other topics that they have to understand before they can get the whole.

This list should make it easier the next time your uncle takes you aside and asks you to explain to him what this whole cryptocurrency thing is about anyway.

Let’s begin the most obvious one.

Whenever your uncle asks you what a blockchain is – don’t say it’s an immutable, distributed ledger, because then you have to explain that immutable means information can’t be removed once its on the chain and will be there forever. And distributed means spread out widely on a global network. Tell him it’s a global digital ledger that records transactions and perfectly keeps data records.

Then explain to your uncle that cryptocurrency is the reward individual people on the network get for verifying the ledger.

The question that follows is usually: “where does cryptocurrency get its value from?”

If during your conversation you accidentally veer off track, or maybe you get a question about how the block is closed (after you explain what a block is) then you can find yourself in the middle of explaining what a consensus mechanism is.

A consensus mechanism is the means by which a group of validators (called nodes, usually) determine if the ledger they’re analyzing is correct with all of the information in place.

Then hopefully you can circle back to your main point and avoid getting into what Proof-of-Work or Proof-of-Stake are, because seriously, who needs that in their life?

The next three aren’t exactly blockchain 101 and if someone asks about any of the three decentralized mentions in this list, you can probably be sure they’ve either heard of it on TV or maybe they’re a bit more advanced and you won’t have to explain everything down to its core.

In this case, you can explain a decentralized application (or D’app) as a series of smart contracts put together in such a way that they automatically execute a programmed function. They operate on distributed blockchains and don’t need help from outside sources.

The interesting point about most of these decentralized additions is that they’re rarely decentralized. Going completely decentralized is often a stretch-goal for a lot of these organizations. They don’t have the money, or the manpower, or the technical chops, and it’s generally always something in the future they’re looking to do.

A DAO is interesting in that it’s more of a political system than it is an organizational structure.

At its core it’s an organizational structure common to crypto-related organizations involved in DeFi (which we’ll get to it in a second). It’s an organization constructed by rules which are encoded on a computer program. Like an immutable digital constitution. They’re usually transparent and controlled democratically without influence from a central leadership structure. They are member-owned communities where power has been spread out to everyone. A DAO’s finances and program rules are maintained on a blockchain.

They use governance tokens or NFTs that grant voting powers and admission is limited to people who can confirm they own these tokens in a wallet, which makes membership trade-able. DAOs are governed through a proposal system that members can vote on using the blockchain, and more governance tokens usually translates into more power.

There are problems just just like every political system and adherents of this trustless hands-off system note that despite the obvious route for power centralization, it rarely happens. Also, I’ve enjoyed conversations with folks who think the DAO system would make a great alternative to our present democratic system, because and I quote “It hasn’t and won’t kill anyone.”

If you think about it the only response is: “It hasn’t killed anyone. Yet.”

Decentralized finance (DeFi) isn’t a topic most people can stay neutral on for long. At least not long after they’ve learned about it. Just know that if your uncle pulls you aside during the intermission and his question is “what is this decentralized finance thing I’ve been hearing about?” You’ve probably already lost.

Try explaining it this way and watch for his reaction:

DeFi offers financial stuff like brokerages, exchanges, banks, etc, by using smart contracts on a blockchain. You can either lend or borrow money, speculate on price fluctuations on assets using things called derivatives (Do you know what a derivative is? Good.) all without needing to go through a third-party.

Basically, it cuts out a lot of the barriers to entry but also introduces a higher degree of risk. You can make serious cash but at the risk of losing everything.

Question:  “So this is gambling?”

No.  It can seem that way if you don’t know what to look for in terms of finding a good DeFi program get involved in. Due diligence is a special beast when it comes to DeFi. If you don‘t have the time or inclination to learn some of the more technical aspects of blockchain—such as, for example, the difference between layer one and layer two application—you might want to steer clear.

Uncle’s question:  What’s the difference between a layer one and layer two application? Is there a layer 3?

But because I’m a diligent nephew, I’d explain.

Layer one refers to a base network like Bitcoin or Ethereum and its infrastructure. It’s used to validate and finalize transactions. Whenever we talk about blockchain in general, we’re talking about layer one.

The second layer is a secondary framework on top of a layer one. It’s mostly to make the blockchain run faster.

Layer 3 is where the applications used in DeFi, apps, games, and extra storage apps come in. 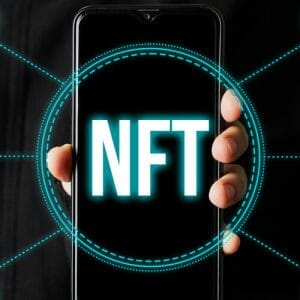 Nothing inspires that deer-in-headlights look faster than trying to explain what a non-fungible token is.

That’s not superiority you’re hearing. Quite the opposite, actually. In this case I can empathize. I still remember the first time I read about NFTs—about a year before the craze actually started when the Winklevoss Twins from Gemini Trust Company were expanding in that direction, and touting them as the chief future disruptor for Real Estate.

I think I actually looked up from my computer screen and said:  “What the fuck is a fungible?” And was immediately glad nobody heard me.

But I learned and if your uncle wants, so will he. You need to have patience.

A NFT is type of crypto-asset that points to a unit of data kept on a blockchain. These are commonly digital files like photos, videos, audio, and art. No two are alike. You can’t take them apart and you can’t reduce them to smaller compound pieces like a dollar into four quarters, or Bitcoin into satoshis.

NFTs can be used to prove authenticity or ownership.

The Uncle-question that follows is usually: Legally?

Question: Then what good are they?

Answer: Oh hey. Game’s back on.

Your uncle’s right. Of course.

These are usually a bit easier to explain.

They’re a computer program that automatically performs its stated function when certain terms of a predetermined contract are met. Two people meet on a freelancer platform. The writer and buyer agree to monetary terms on some work. If they’re using a smart contract, each lock in the terms of completion and the buyer plugs in the payment ahead of time in escrow. When the writer delivers and fulfills his end of the contract, the money automatically releases.

No muss. No fuss. No intermediaries, arbitration, or enforcement costs. Nothing.

This is where things get dicey.

A mix of blockchain technologies with virtual reality. You wear the headset to enter this virtual reality space where you can make yourself a virtual home or business, own land, play games and spend or make money.

In the future, you’ll even be able to order a pizza in the Metaverse version of Dominos and have it show up at your door.

Question: “Why wouldn’t you just do that on your phone?”

Yeah. Most of it can be done on your phone. And everything is an NFT. And you can make things and sell them in a virtual marketplace.

Question: “So you can make these non-real things in this non-real place and sell them for real money?”

And sometimes it’s better to just listen to your uncle.