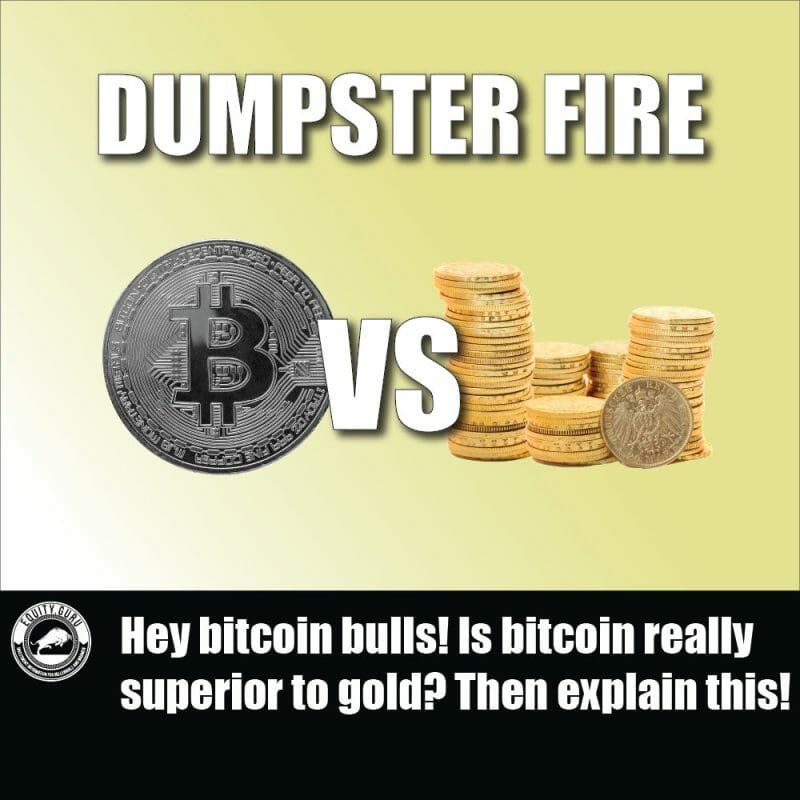 Hey bitcoin bulls! Is bitcoin really superior to gold? Then explain this!

I realize that this post might trigger some people, but I have no intention of further dividing people into team gold or team bitcoin. All I am trying to do is open and facilitate a discussion involving some critical thinking. All based on evidence that anybody can see by looking at the charts.

In this article, I want to challenge those who believe that Bitcoin is a safe haven or safety asset. To me, Bitcoin and cryptos are moving as an asset class which acts like a RISK ON asset. Not a safe haven RISK OFF asset. If you have read my work here on Equity Guru, for months I have said and shown my readers that Bitcoin and cryptos follow the stock market. That is, they act as risk on assets.

I own both gold and bitcoin. Recently, I much prefer gold, but I do still see a case in the future where bitcoin can act as a safe haven asset. It requires the unraveling of the current fiat currency system. The loss of confidence in the government, in central banks, and fiat currency. Doom and gloom? Perhaps. But I am seeing some signs indicating that central banks will not be able to handle the current inflation. I like gold, commodities and hard assets as they are real things. They are not fiat. Technically, bitcoin and other cryptos are not fiat which is why I own them.

Members of our discord channel and regular readers know that I recently have been keeping an eye on all things Asia. Crazy things are happening with the currencies in Asia. Japan and the Japanese Yen has been my focus, but you can include the Chinese Yuan and the Korean Won to the list. Perhaps even the Hong Kong Dollar which is really close to the peg top.

I am not going to go too much in depth about the current situation, I will tag my previous articles on this subject in this paragraph, but here are a few things you need to know. The Bank of Japan is the most important central bank to be watching. The Bank of Japan doubled down on dovish monetary policy. And for our discussion, this: 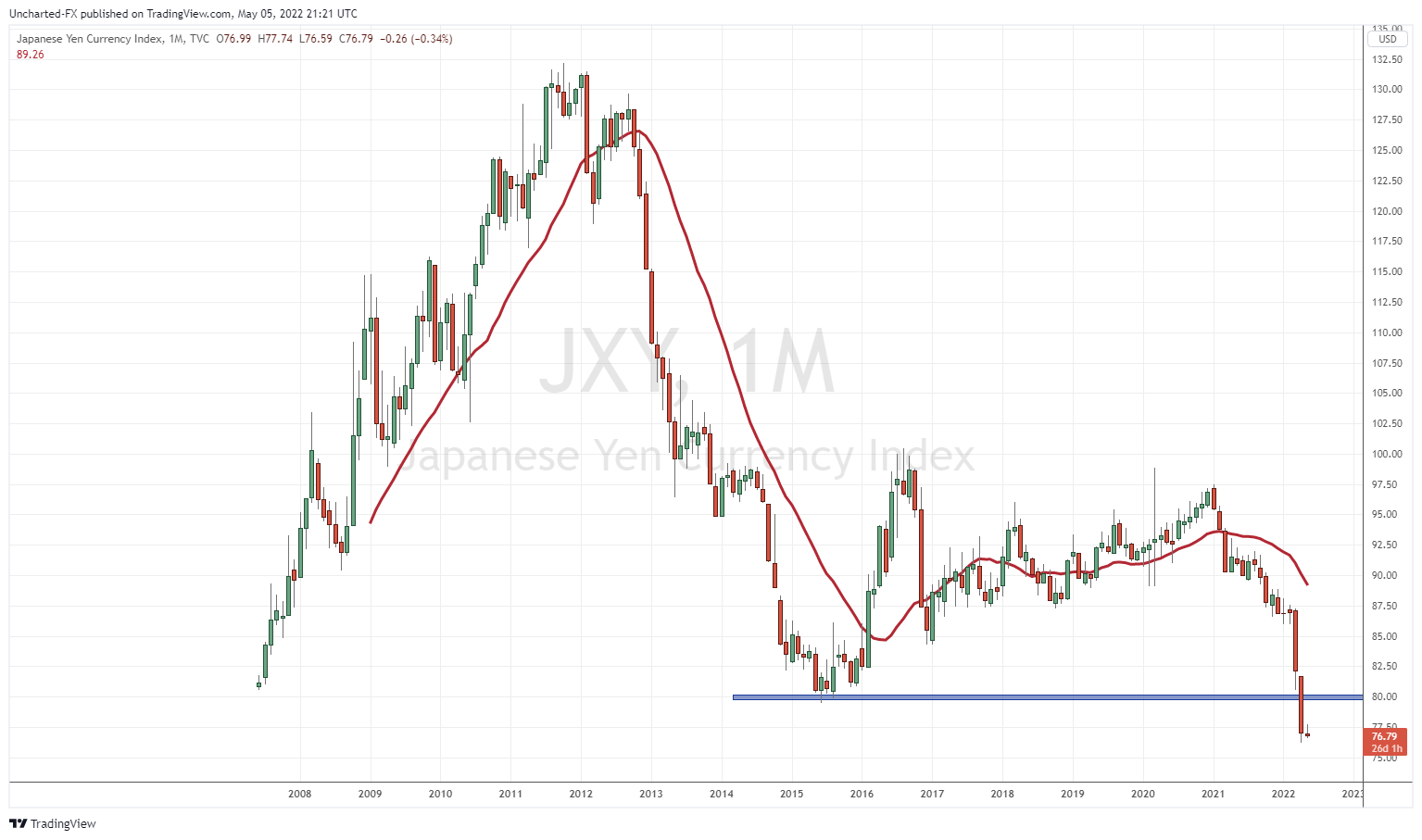 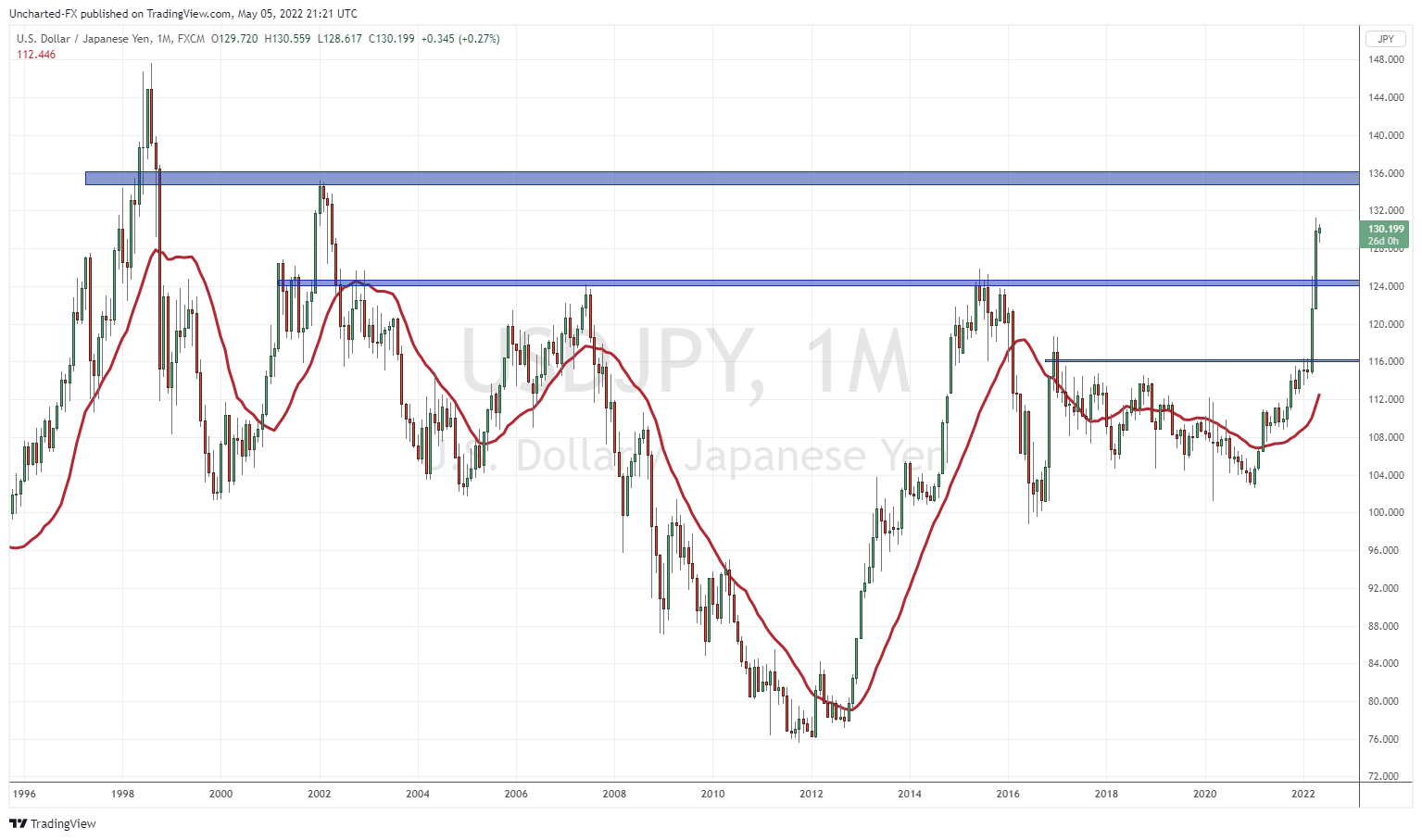 The Japanese Yen is breaking down. The weakest the Japanese Yen has been since 2002. I am already seeing famous Youtube channels based in Japan, catering to westerners, saying that the Yen is worthless. For the down low weebs like me (not down low anymore), we are planning our trips to take advantage of the cheap Yen.

Travel plans and dreams aside, this is really big. Japan is still in its Golden Week holiday, so nothing major has happened with the Japanese 10 year government bonds and the Yen. But this could change once Japanese traders and money comes back from the week long holiday.

When I see currencies collapse like this, the first thing I expect is for money to run into the US Dollar. We have heard that in countries like Venezuela, Turkey, Argentina and Zimbabwe that the US Dollar is king. But in no way am I trying to compare the Yen with hyperinflated currencies.

When I see currencies fall like this, I think about protecting purchasing power. Gold tends to be the best way of doing this. Here is how Gold vs the Yen, or XAUJPY looks like: 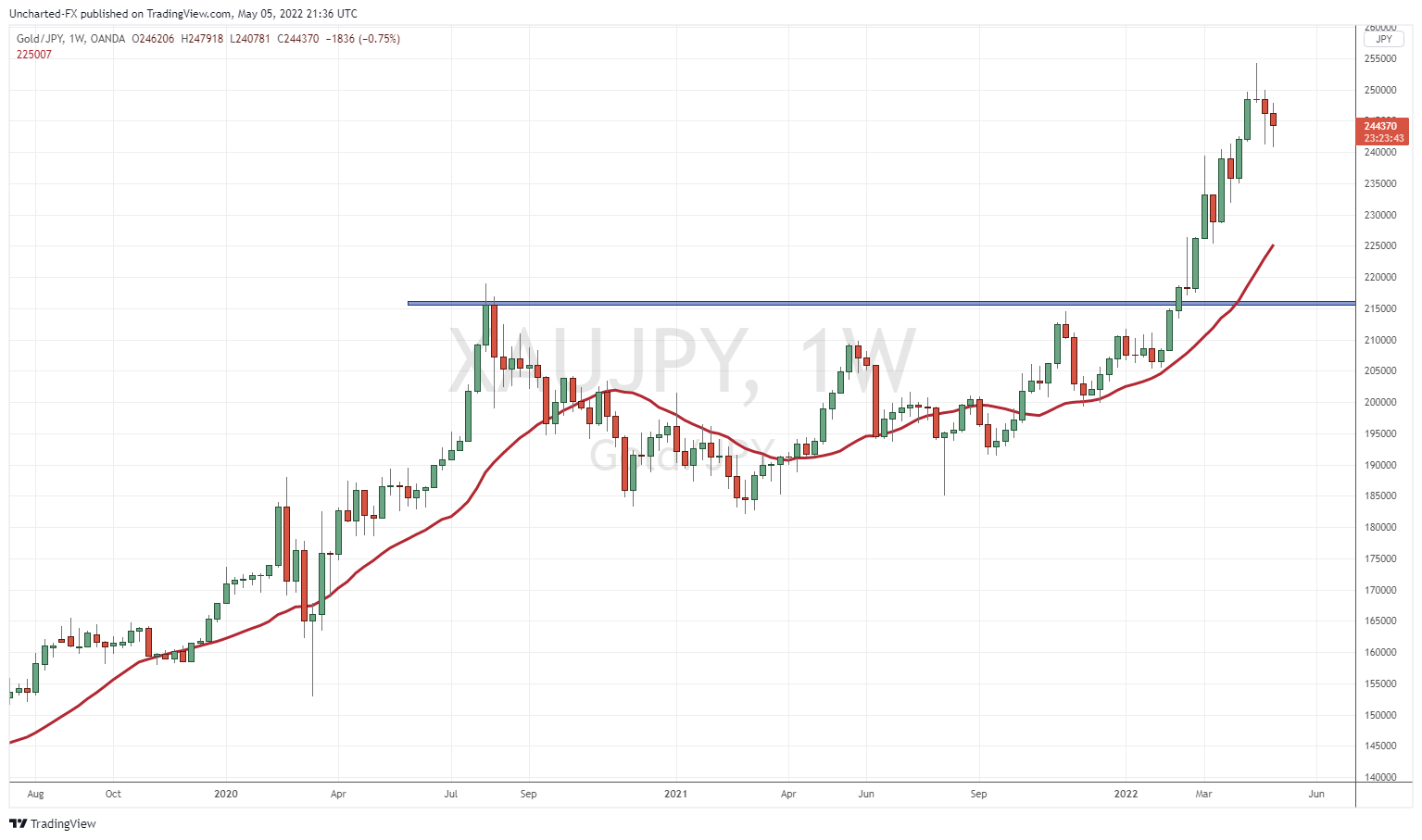 Wow. Gold against the Yen broke out into new all time record highs back during the week of February 14th 2022. At the same time, the USDJPY was still sitting below 116. As someone who enjoys the teachings of classical economics, I treat gold as a currency. And the best currency. When gold is making new record highs against a currency, it is time to pay attention. It tells me that the fiat currency is ready to lose some major value.

PS: The Swiss Franc, Hong Kong Dollar, and the Euro are the next currencies that are pips away from breaking out into new record lows against gold. Or in other words, XAUCHF, XAUHKD, and XAUEUR are looking to breakout and follow XAUJPY.

Now let’s take a look at Bitcoin vs the Japanese Yen, BTCJPY: 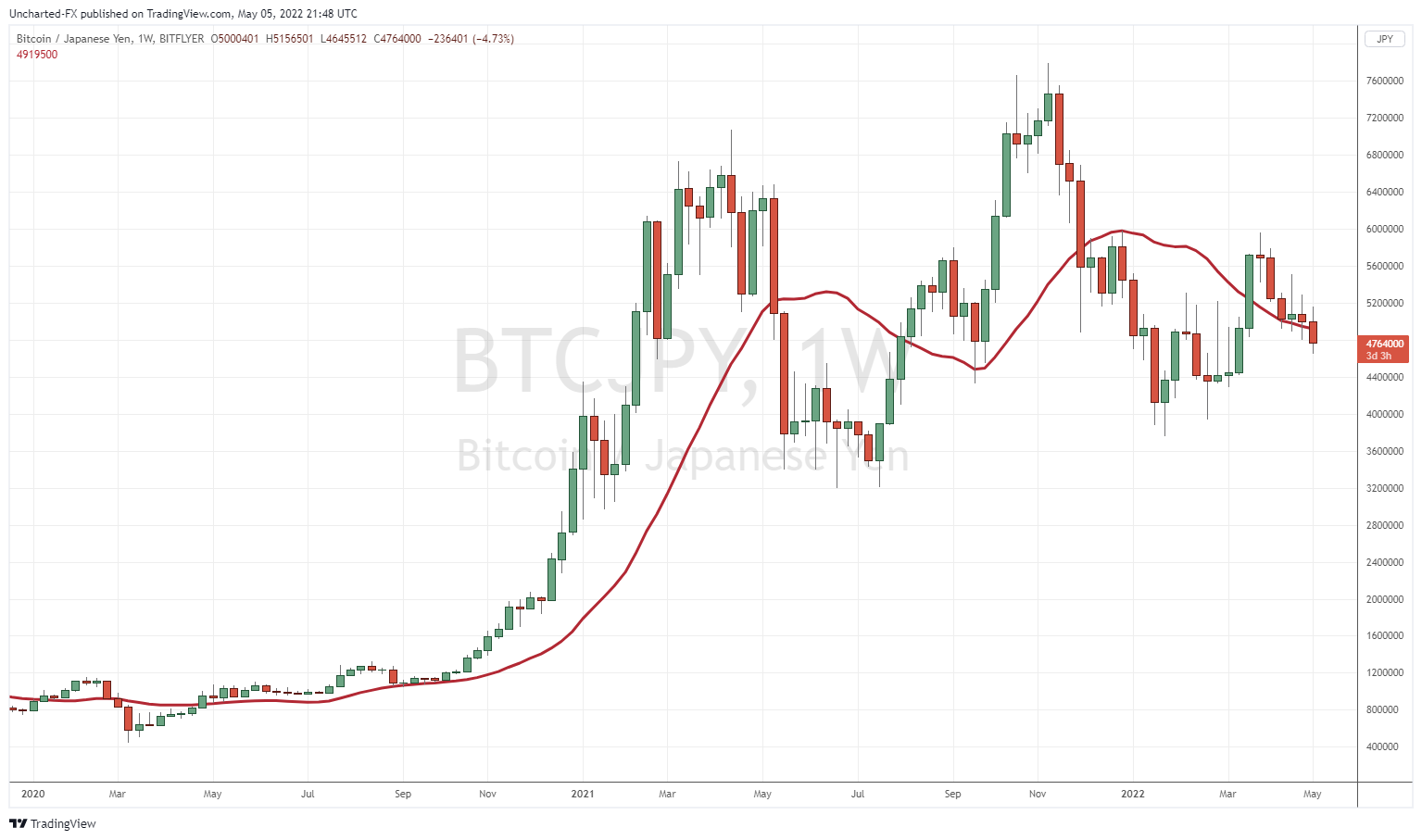 Above is the weekly chart of BTCJPY. We did print record highs back in November of 2021, but gave them up. No momentum sustaining the breakout.

Of interest for us is how BTCJPY reacted with the Japanese Yen selling off. 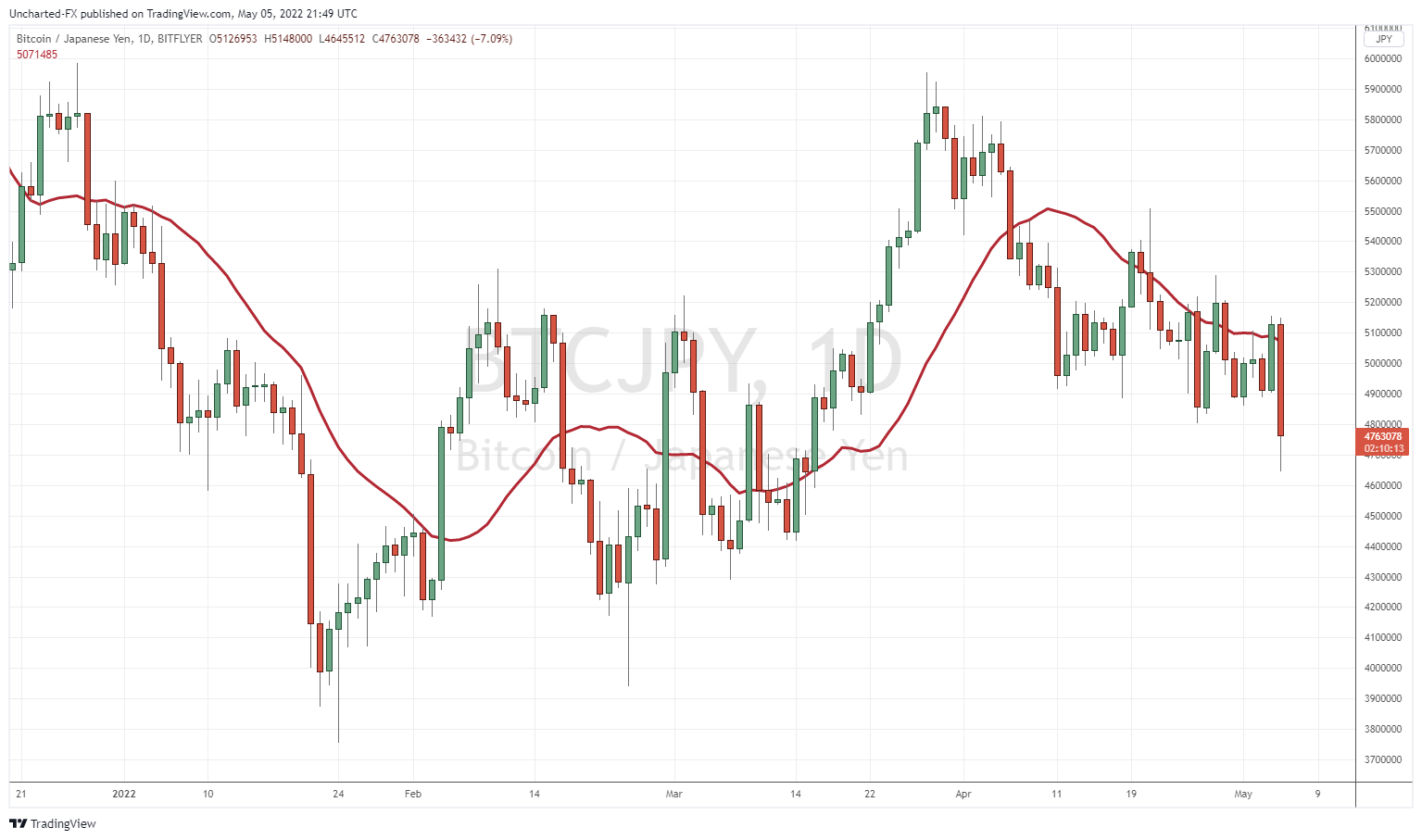 So we did breakout. BTCJPY took out 5,100,000 a few days after USDJPY broke out above 116. Perhaps Japanese money was running into BTC after the Yen was depreciating but we have already fallen below the breakout level of 5,100,000. Not really the price action you would expect to see of a safe haven against a falling fiat. I don’t know about you, but gold looks like the superior choice for preserving purchasing power and safety against the funny money policies of central banks. Bitcoin still acts as a risk on asset following the stock market.

Again, I say this not to tick off the bitcoin bulls. As I said earlier, I own some BTC and other major cryptos myself. I do believe that they can take off when we see major volatility in the forex markets and multiple currencies begin to devalue. People who hate bitcoin say it is so volatile. But what is coming will see fiat be more volatile than bitcoin and other cryptos!

When I ask people who say bitcoin is a safe haven why BTCJPY did not take off with the yen depreciating… and adding that XAUJPY did, I get a few heated responses. The first thing I hear is that the bitcoin market is not well developed in Japan. I don’t know, but I thought Japan and other Asian countries were the ones big into cryptos and crypto trading. Mt Gox and other exchanges come to mind. Heck, even the creator of Bitcoin has a Japanese name, Satoshi Nakamoto.

The second reason I hear is that the Japanese population is very old so they don’t appreciate bitcoin and will run into ‘boomer’ assets like gold. Again, I will mention the popularity of bitcoin in Asian countries.

Nobody wants to admit that bitcoin is still acting like a risk on asset. Probably because it means more pain if the stock markets fall. 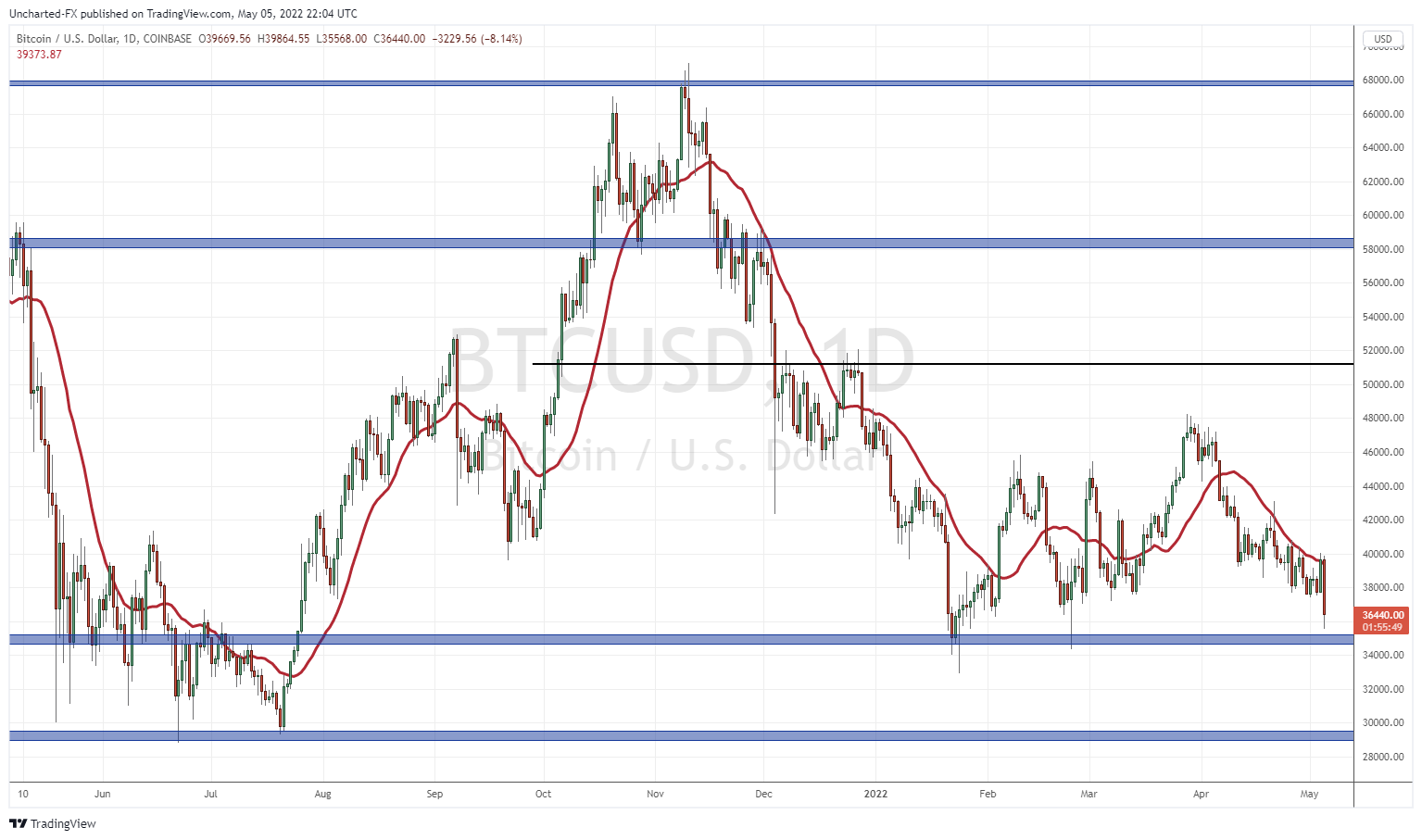 So I really want to hear your guys’ opinion on this. We are seeing the Yen depreciate and I am seeing Japanese money run into gold, not bitcoin. We could be seeing the same in a few weeks time with XAUEUR, XAUCHF and XAUHKD. Is gold the superior safe haven asset compared to gold? Or is there something I don’t understand when it comes to bitcoin being a safe haven asset? I really want to hear your thoughts. Let me know in the comments below, or hit me up on Twitter or our discord group!