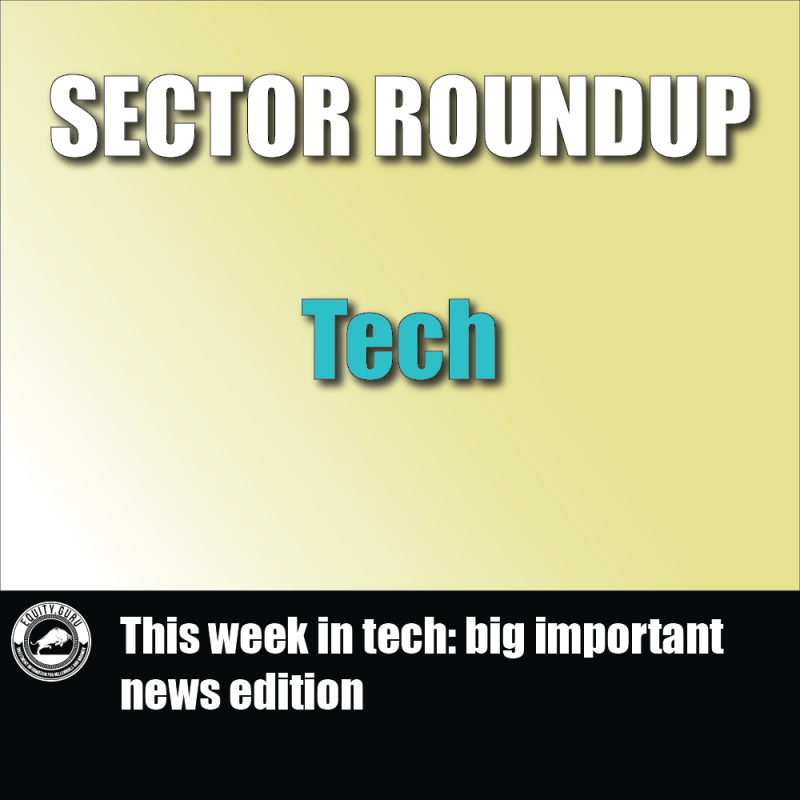 By now everyone knows what’s going on with the big tech companies. Maybe big important things. Netflix (NFLX.Q) has gotten trounced to the tune of 200,000 subscribers and it’s stripped them of almost half of their market cap since November. Elon Musk probably said something ridiculous that everyone’s parroting for good measure, and maybe dropped another bomb on social media and his various pundits are eating them up. Also, SpaceEx has launched a spy satellite and we finally have a COVID-19 breathalyzer.

I didn’t even realize we needed that until now.

But there are things going on in tech that nobody reports on. Big things. Important things.

And that’s what we’re going to cover this week. Big fat important news that nobody else knows about except us.

How to get creative with energy production for crypto mining

Bitcoin mining is a cash cow. You can make a ton of dough at it if you’ve got the cash up front, and one of the biggest cash-sucks in the operational expenses of any crypto miner is their energy needs. If you want to be competitive, you’re going to pay it and the best companies do. But if you’re just starting out and you want to beat the opening six month crush where you’re making very little money but the bills keep coming in, you’re going to need to get creative.

They were originally called Extreme Vehicle and changed their name earlier this year, so you may not have heard of them. They are a blockchain and battery tech company with battery management systems intended to fill the demand for a scaleable, smart solution in the electric vehicle and energy storage solution markets. The addition here seems peculiar if not downright outlandish, but somehow it works for them. Especially if they can find a way to source their own energy, which is what they’ve done.

Cryptoblox Technologies subsidiary Optimal CP has pulled in development rights to a site located in the Athabasca county area of Alberta, Canada. There it’s going to build its crypto mining facilities.

Originally facilitated by OJF Capital in Calgary, which represents the site owner, naturally an oil producer looking to use excess natural gas associated with oil production. Optimal wants to use the waste gas to fuel their mining operations in a cost-effective and environmentally friendly way.

“Making use of gas that has no market and must be flared offers an ideal low-cost fuel source for mining operations,” said Kevin Gilchrist, Optimal’s president.

They’ll need to a sign a gas supply agreement and site lease with the producer, and then Optimal is free to develop generation assets to power their mining operations. The initial plans include 3.5 megawatts to 5 megawatts of generation capacity and mining, which Optimal is getting the permits and commission for in the next two to three months, and then install the first 1,000 to 1,500 ASICS over the following six months.

“By creating value for gas that has no other market, Optimal is providing a valuable economic benefit to the producer while helping it responsibly manage on-site flaring emissions,” said Alex O’Rourke, OJF’s CEO.

Enterprise Group (E.T) created a new subsidiary company, Evolution Power Projects (EPP). They held a webinar yesterday to discuss it and if you were there then why are you reading this? If you weren’t, then let’s continue.

EPP is a low-carbon power systems provider involved in the design and delivery of electrical microgrids powered by natural gas. They enter the natural gas-powered electricity space offering a list of services to their list of clients, which includes over 20 global top tier developers.

“Our industry-leading ‘concept to completion’ approach to site planning allows the development of a tailored, efficient power grid in even the most remote and rugged terrains. As a result, it eliminates fuel waste and optimizes amperage to reduce emission outputs. Our systems are displacing diesel with cleaner, greener natural gas systems and sustainable options,” according to Heather Johnson, president of Evolution Power Projects.

This is a case of a company (Enterprise in this case) noting the potential for development and entry into a lucrative space and jumping on it. Low-carbon emission opportunities are great ways to generate revenue and electricity, and reducing emissions needs a serious effort.

EPP’s microgrids are fuelled with cleaner, more efficient natural gas, which is in strong supply in Western Canada. In many cases, it could be an on-road to the power grid, with source gas owned by the company’s customers directly from fuel lines, pushing out the necessity of trucks and reducing the cost of fuel.

Colocation, energy hosting and equipment deals are an excellent way for crypto-miners to pad their bottom line but these deals end, often when the hosted company gets their own shop. Hut 8 Mining (HUT.T) and TAAL Distributed Information Technologies (TAAL.C) are a case in point.

TAAL signed on the dotted line with Hut 8 last year to offload some of the mining duties responsible for their operation onto Hut. Now that’s done as of May 1, and TAAL has paid full price to take the 960 MicroBT Whatsminer M31S+ ASICs Hut’s been using with them. The MicroBT’s are presently installed and operating at the Hut’s Medicine Hat, Alberta location on TAAL’s behalf.

“The incremental capacity will deliver an immediate hash rate benefit as ASIC miners are already on site, installed and hashing. Over the past 18 months, we have pursued a strategy that is unique among our peer group: in addition to digital asset mining, we support clients with high-performance computing, cloud hosting and collocation services at our five Canadian data centres so they can succeed in the burgeoning blockchain and Web 3.0 industries,” said Jaime Leverton, chief executive officer of Hut 8.

When the ink has dried, Hut 8’s operations at all their mining sites will be 100% devoted to self-mining.

So what’s changed that TAAL can afford to go out on their own?

TAAL has a new facility in New Brunswick

They sold fuel and lubricant product company Chief Fuels they acquired last December to a property fund for USD$24 million and said fund will be using $20 million of that to develop a 60,000 square foot facility in New Brunswick into a dedicated bitcoin mining and transaction processing operation.

“We are delighted to partner and work closely with such an established professional property fund to support Taal and the development of this bitcoin mining facility. Taal’s business focus is on building the tools and services that help accelerate the adoption of blockchain technology. Selling this facility puts capital back on the balance sheet, accelerates the infrastructure build program at New Brunswick and secures the facility exclusive to our hashing operation requirements for the long term,” said Richard Baker, chief executive officer.

The curious bit here is that TAAL is buying this mining centre specifically for Bitcoin mining, while they have constructed their business model around mining (and milking) the Bitcoin SV ecosystem for all it’s worth.  The curious bit, perhaps, is the conjecture as to whether or not this represents a pivot away from that model.  It would make sense as Bitcoin SV has slipped down to 74th in size by market cap, providing the important suggestion that Craig Wright’s spinout of Bitcoin Cash may lack vision.

TAAL will move in and take advantage of a 50-megawatt mining and transaction processing data centre, adding up to 1.4 exahashes to TAAL’s block processing capacity.

Hello Pal is down with the funny dog 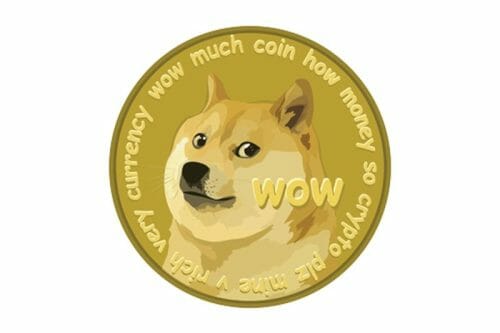 We’re wrote about Hello Pal International’ (HP.C) foray into merge mining litecoin and doge earlier this week and posed the question of how exactly they could reconcile two extremely different industries into one company. Their second is a language learning app. Well. Here’s one way. They’re going to launch two one on one video chatting apps: DogeChat and DoggeChat.

The apps will be pointed at English-speaking markets across North America, and will allow users to match with and video chat with other people from all over the world. These chats are charged on a per minute basis and paid by the call initiator to the receiver. The difference between the two is that DogeChat payments will be in Dogecoin and other crypto, while the former will be in fiat through the Apple Appstore or Google Play Store.

“We expect these apps to be very synergistic to our current livestreaming and crypto-mining operations. They will not only bring into our existing ecosystem new users from different markets, but also allow us to start implementing our goal to make the use of cryptocurrency more widespread in the world, starting with our users,” said KL Wong, founder and chairman of Hello Pal International.

DoggeChat will launch first. Both apps will share the same user pool, and when DogeChat (launched later) regular users will be incentivized to switch. The launch represents the company’s market expansion into the 1 on 1 video chatting space, and perhaps more important, its arrival into the North American market, as well as one of the ways the company intends to start incorporating crypto into their social and livestreaming businesses.

What isn’t immediately apparent is why anyone would do this when I personally have three different applications on my desktop, and four on my phone, which are perfectly capable of doing this for free.

Over the past few weeks, the team at Datametrex AI (DM.V) have been getting their ducks in a line to finalize the beta testing of their Medi-Call app in connection with a group of physicians and users. The testing period has given the company the room needed to iron out the important details, improve functionality and ensure the system works with enough ease to keep people interested long enough after the sot launch in the British Columbia market.

Normally DM does AI.  The hint’s in the name.  They’re an artificial intelligence bearing tech company offering multiple different services, including a fake news tracker.  The inclusion of medi-call is a curious addition.

Here are some highlights:

Medi-Call is a subscription software-as-a-service mobile app (SaaS) that connects patients with doctors in real time. It solves certain accessibility issues for patients living where access to doctors is scarce to nonexistent, which is honestly a good chunk of rural Canada, as well as resolving issues regarding mobility for the different abled, and also those who don’t want to risk heading into a doctor’s office during a time of high medical stress. Like the COVID-19 pandemic.

“The Med-Call app is an innovative health care solution that will help relieve the current strain on our Canadian health care system and improve the health care outlook for both patients and physicians,” said Omar Sharif, chief medical officer of Medi-Call.

One final spate of big important news involves the European Union and their selective return to censorship. By the time you’re reading this (Friday, April 22, presumably) they could be imposing curbs on online content.

If you’re a free speech absolutist, you probably already hate this. If you’re not quite there—then the Digital Services Act (DSA) is present to ensure tougher consequences for online platforms that post banned content.

Is this going to somehow staunch the flow of this type of nasty content? No. It’ll just go underground and find a niche audience, where presumably it’ll fester and grow like an ignored wound.

So what exactly is this censorship if not to stop it? Your guess is as good as mine.

Hello Pal International (HP.C) onto something big in Australia