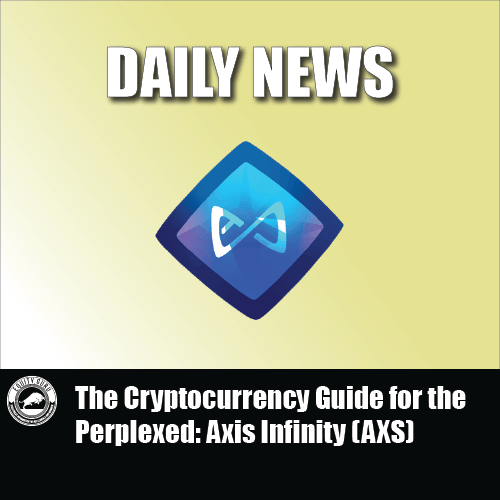 The Cryptocurrency Guide for the Perplexed: Axie Infinity (AXS)

The game is competitive and uses an ‘idle battle’ system more commonly found in games like Final Fantasy Tactics and Idle Heroes. The game is filled with creatures called Axies, which players can collect as customizable pets. Like other metaverse style games, Axie Infinity has an in-game economy where it’s possible to buy, sell and trade resources earned in the game. Progression is measured by the size of the player’s collection. Kinda like capitalism in the 80’s, but fluffier and no Flock of Seagulls. 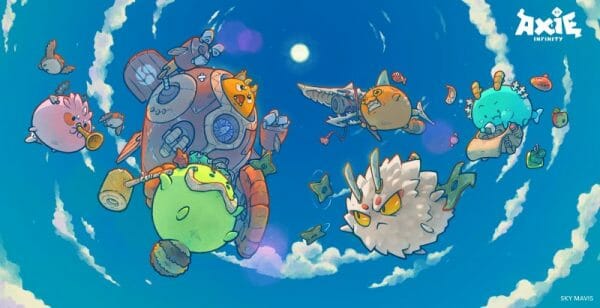 The game uses a ‘pay-to-earn’ model where participants pay starting costs and then start earning AXS through gameplay. The game gives users a chance to cash out every two weeks. The model is akin to gambling and generally with an unstable market that’s heavily reliant on the constant addition of new players.

In the Philippines, the high cost of entry led to the development of gaming guilds, which offers assets for rent to get new players in. As of June 2021, some folks in the Philippines started treading the game as their main source of income even though earning rates from playing the game fell below the national minimum wage by September 2021. It also doesn’t help that the department of finance over there started considering cash made from Axie as taxable, and pointed out that the SEC and BSP may want to consider its cryptocurrency as a currency or security. That could complicate things for Axies and its holders in the future.

If you’re so inclined you can check out the white-paper. 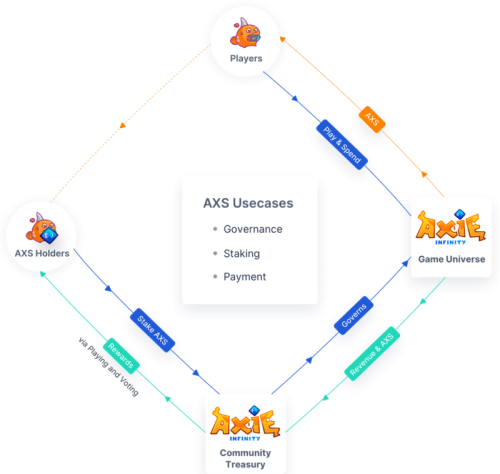 As stated before it’s an ERC-20 coin, which means it’s a fungible coin produced by and running on the Ethereum blockchain.

Like most of the other big name metaverse platforms, players of Axie can also buy land and other assets as NFTs. The biggest virtual land record to date is US$2.3 million set in November of 2021.

AXS is also a governance coin, meaning you can participate in votes to change and influence the way the game operates. You can also gain coins through playing, staking and participating in governance.

All the art assets and Axie data can be accessed by third parties, giving community developers the chance to build their own tools in the universe. At present, even though it’s still relatively new, Axie still ranks as the #1 Ethereum-based game by daily, weekly and monthly active users and players have dropped over 1 million ETH (approximately $3 billion USD) so far into the game.

The Axie Infinity blockchain was hacked in April 2022 to the tune of hundreds of millions of dollars worth of crypto. Sky Mavis, the company behind Axie Infinity, realized it had been attacked when a user couldn’t make a withdrawal six days after the breach occurred, and the company immediately froze transactions on the compromised Ronin Network bridge.

Now the company has announced they have received $150 million in investments which will be used to ensure that everyone who got hacked on what they’re calling the Ronin Validator Hack will be reimbursed. Now they’re launching a new version of the game—Axie Infinity: Origin.

You can buy Axies on Binace and Uniswap.