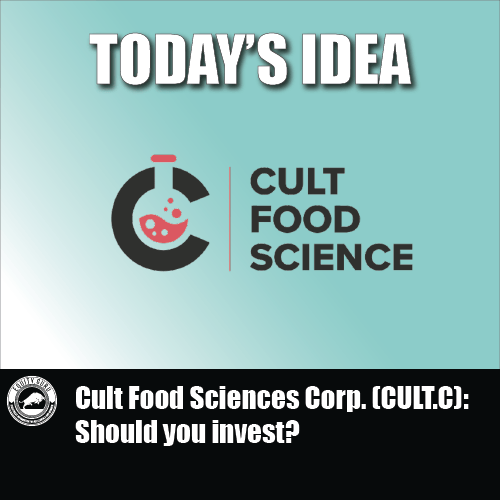 Spoiler alert, I don’t know. Whether you decide to invest in Cult Food Sciences Corp. (CULT.C) or not, the cultured meat sector is a complicated beast. In 2021, the Global Cultured Meat Market was expected to reach USD$127.67 million compared to USD$110.09 million in 2020. Looking forward, the market is estimated to reach USD$275.59 million by 2025. While the market’s value may not be the most impressive, this demonstrates a compound annual growth rate (CAGR) of 21.2%.

Keep in mind that global meat consumption is expected to increase by 12% between 2020 to 2029. However, factory farming, our current method of meat “cultivation,” is wildly unsustainable. Speaking matter of factly, factory farming uses far too much land, water, and energy, most of which are limited resources. Furthermore, the expansion of factory farms would involve cutting down forests and other habitats, contributing to our already dire climate change dilemma. 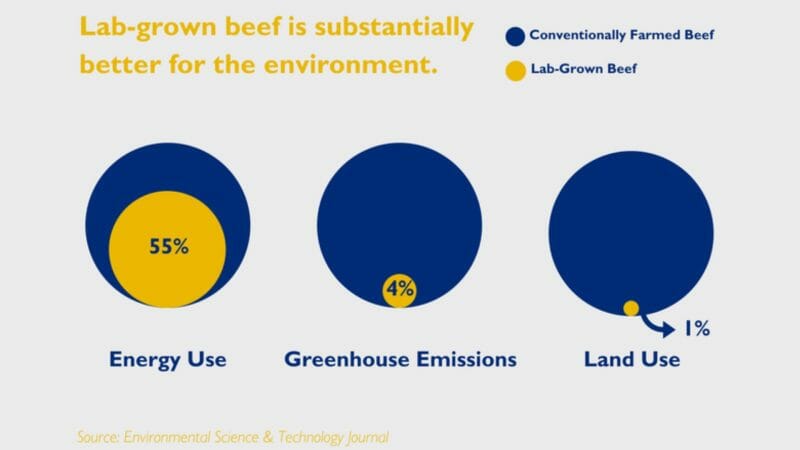 With this in mind, one solution to our unsustainable meat consumption problem is cultured meat. In case you didn’t know, cultured meat refers to meat produced using in vitro cell cultures of animals. In other words, test-tube meat. Despite being grown in a lab, cultured meat is identical to the steak you had for dinner last night or the leftover chicken in your fridge. Furthermore, unlike factory farming, cultivated meat is more ethical, sustainable, and sanitary. Mostly.

If you’d like to know the ins and outs of cultured meat, check out my previous article on Cult or my Plant-Based Sector Roundup! In reality, cultured meat is just one of a few potential solutions, right next to plant-based alternatives and dietary changes. For starters, let’s talk about what Cult has to offer since I last wrote about the Company, beginning with a brief summary of Cult. 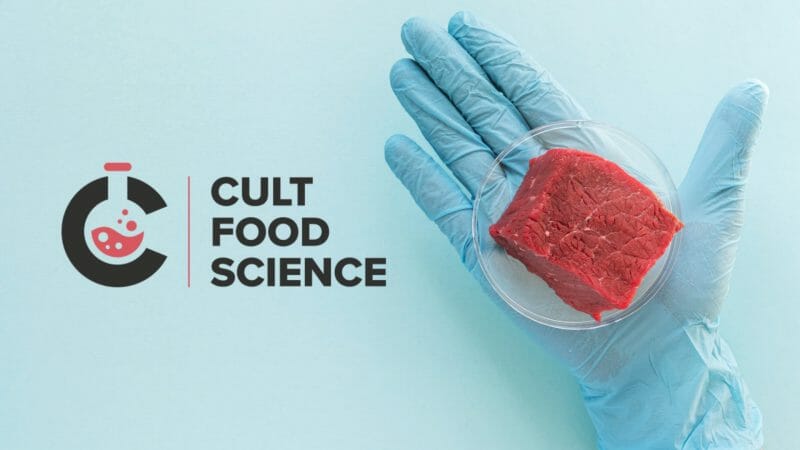 Cult Food Sciences Corp. (CULT.C) is an innovative investment platform with an exclusive focus on clean, lab-grown food. The Company is committed to the development of novel technologies to provide a sustainable, environmental, and ethical solution to the global factory farming crisis. For further context, factory farming entails rearing livestock using intensive methods, whereby animals are raised indoors in conditions intended to maximize production at a minimal cost.

With this in mind, Cult’s current platform consists of 15 portfolio companies across 4 continents, with exposure to cell line development, scaffolding technologies, growth medium, and IP-yielding research initiatives. Cult’s portfolio of companies includes notable brands like MeaTech 3D, Eat Just Inc., and Fiction Foods, to name just a few. From honey made without bees to cultured A5 grade wagyu ribeye, Cult’s portfolio is incredibly diverse, to say the least.

In total, for the nine months ended September 30, 2021, the Company reported a net loss of CAD$75,382 or $0.02 per share. Financially speaking, Cult isn’t the most impressive company out there. However, with strategic investments in such a sheer number of innovative cell-based companies, the Company holds quite a large position in the cultured meat sector, which may be attractive to some. Moreover, Cult isn’t going to miraculously see gains when the market as a whole is still learning to walk. 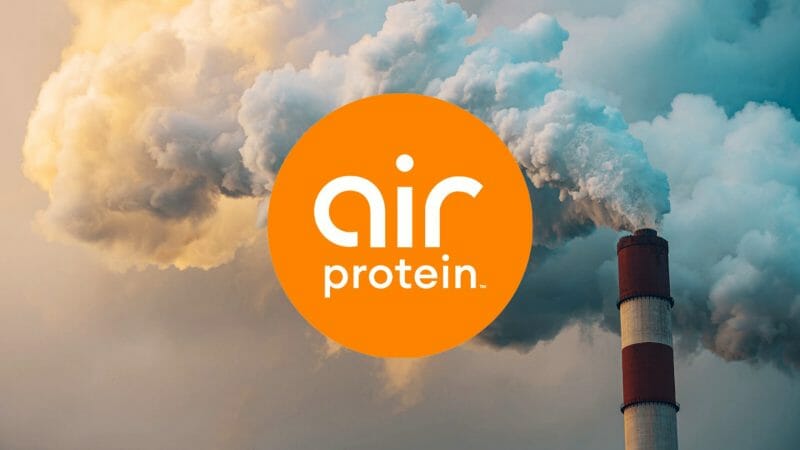 In addition to Cult’s provisional patent application filing on March 28, 2022, the Company announced on April 4, 2022, that it has formed a special committee to investigate Intellectual Property (IP) development and investment into novel air protein and starch synthesis technology. Off the bat, this news reminds me of Air Protein Inc., a research and technology company utilizing carbon transformation to make meat. Sounds bogus, but check out this article if you’d like to know more!

“The opportunities presented by advancements in cellular agriculture, precision fermentation, and synthetic biology open the door to new methods of production that have never before been possible. With the looming climate crisis, exploring cutting edge technologies to convert carbon dioxide into bio-based products such as proteins is a promising opportunity to both address climate issues and increase available food sources globally,” said Lejjy Gafour, President of CULT.

With this in mind, Cult now has its sights set on a niche, yet promising, segment of the meat alternatives market. To summarize Air Protein’s production process, the company cultivates microbes inside fermentation tanks and feeds them a mixture of CO2, oxygen, mineral, water, and nitrogen. In doing so, a protein-rich flour is produced with an amino acid profile that is comparable to meat protein. As for starch synthesis, this technology looks equally as promising as novel air proteins.

In fact, researchers at an institute under the Chinese Academy of Sciences have developed a way to artificially create starch from carbon dioxide significantly faster than plants are able to do naturally. This breakthrough could potentially reduce the amount of land needed for starch crops. Overall, the addition of a company like Air Protein would be a substantial boon to Cult’s already diverse portfolio of companies.

Is Cultured Meat Worth Your Time? 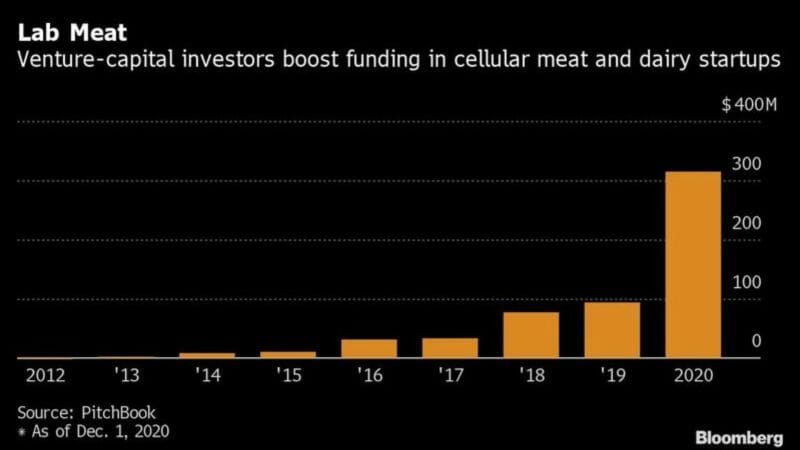 Previously, in my Unsolicited Advice: Plant-Based article, I concluded that the cultured meat sector could see substantial gains within the next decade. While my opinion remains bullish on the matter, I would also like to play my own devil’s advocate. The reality is that unless it can achieve price parity or better, cultured meat will likely fall to the wayside as a novelty product.

Similar to how some are willing to pay extra for ethically sourced meat, cultured meat may only appeal to consumers looking for ethical alternatives. As it stands, cultured meat production simply isn’t affordable. Let’s look at a case study. In November 2021, the Good Food Institute (GFI), a non-profit representing the alternative protein industry, published a techno-economic analysis projecting the future costs associated with producing one kilogram of cell-cultured meat.

GFI claimed that by addressing various economic barriers, the cost of producing one pound of cell-cultured meat could drop drastically from $10,000 per pound to approximately $2.50 per pound over the next nine years. However, according to an analysis by Food Navigator, we will need roughly 4,000 cell-cultured meat factories to produce just 10% of the world’s meat supply by 2030. Slap on a price tag of $1.8 trillion and the cultured meat market starts to look rather unappetizing.

Offputting, yes, but the cultured meat market isn’t even an ocean at this point, it’s a shallow pond. If Cult’s portfolio companies can stand at the forefront of their respective markets, the Company could pull in some sizeable gains. Don’t get me wrong, that’s a big what-if. However, there’s no denying that the cultured meat market isn’t going anywhere. In fact, my jaw would drop if the market suddenly imploded.

After all, climate change and meat consumption are two very real issues that are deeply intertwined. The way I see it, by investing in cultured meat, you are investing in a necessary solution. As for Cult, the Company hasn’t limited its reach to just cultured meat, the case and point being the Company’s latest interest in air proteins and starch synthesis. Furthermore, Cult is still in its infancy, having only just gone public in January, making the Company worth keeping an eye on at the very least. 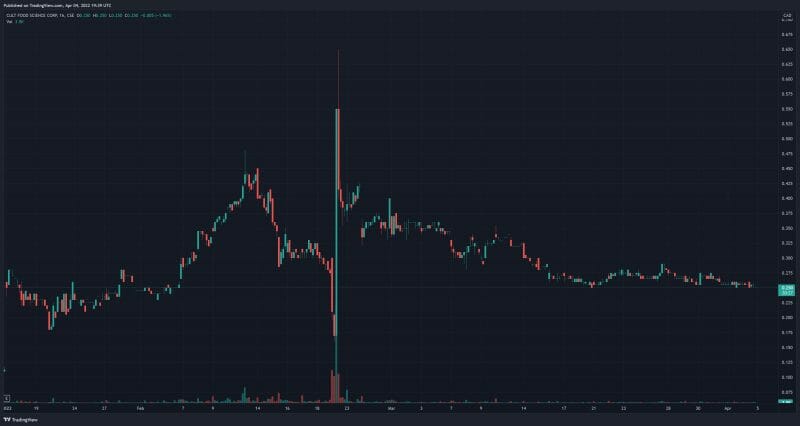