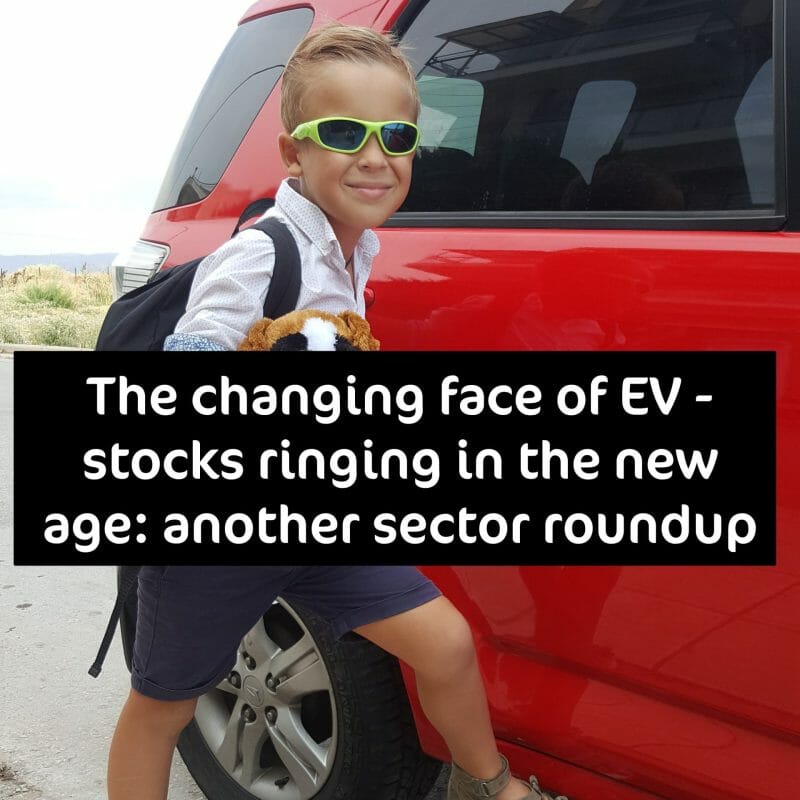 Meme-loving, GME-stock-holding, literal-minded WSB neo-libertarians were only able to put together enough brain cells to shout one name when it came to the EV sector. As a result of this idiocy and cheap money from the Fed, Musk’s market malignancy now trades at 23 times earnings and 314 times profit. In the face of this egregious inequity, moronic analysts with skin and reputation at stake are still somehow seeking to justify a ridiculous P/E ratio of 100 to 1 for the second-rate EV manufacturer.

Cozying up to the CCP and petulantly mocking competitors for production rates because of a record quarter of deliveries, Tesla continues to have serious systemic issues, most recently illustrated by recalling almost half of its manufactured product due to dangerous assembly errors.

Not a pure EV play as popularly classified, Musk’s chauvinistically puerile corporate culture has spread the company thin, using social media manipulation to power an extensive array of unsuccessful side segments and outside ventures. Now that traditional automakers are coming up to the EV plate with production logistics already in hand, the landscape is about to change. Here are some of the players who may play a part in it: 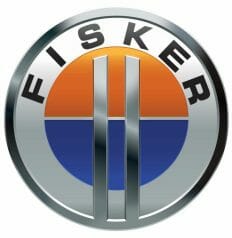 Henrik Fisker wrote to shareholders on January 2, 2022, with a state of the union for the EV manufacturer. He mentioned that the company had grown from 101 employees to 327 employees and looked to bring four vehicles to market by 2025.

Having made major deals with CATL to support the production of the flagship Ocean EV SUV, the company stated it had established a ramp up plan that would see 5,000 units manufactured per month during 2023.

Starting at a comparatively meager $37,499 USD, the Ocean EV SUV has caught the attention of consumers with Fisker reporting 23,500 reservations (including 1,400 fleet reservations) for the Ocean as of January 2, 2022. That’s over $840 million of potential revenue if only the base model was sold, but that revenue potential could top $1.0 billion as more luxurious versions of the Ocean cost up to $68,999 each.

Marketplace take up is snowballing with reservations increasing 117% over 2021 and 26% over the last two months. With $1.19 billion in cash, the company shows some strength on its balance sheet and the public market is beginning to respond with Fisker, unlike many EV manufacturers, climbing 8.33% on the boards in the last 12 months.

Announcing the world’s first digital radar in a production vehicle on Wednesday, Fisker is priming itself for an enthusiastic debut. However, the proof of the pudding won’t become readily apparent until the company commences production in November this year.

I’ve been following this company for a while and even though it hasn’t out-and-out thrilled me, it remains a credible contender in the EV space. Currently the company trades at $16.54 per share for a relatively modest market cap of $4.88 billion.

The market hasn’t treated GPV very well over the last year with SP falling 74.70%, but I think there is a disconnect between investors’ perceptions and company performance. GPV is making small but real inroads into the sector as a provider of commercial EV vehicles for delivery, public transit, schools, vanpools, micro-transit, shuttles, etc.

The company already made two delivery announcements this year and we are less than a week into it. The first delivery was four EV Star Cab and chassis to TCI Trucks, a national transportation solution provider in the US. The second was six GreenPower BEAST school buses to the Thermalito Union Elementary School District in Butte County, California. The Thermalito delivery was the company’s single largest to date.

I’ve always said GPV is a tight run financial venture with little debt, but it has challenges in terms of subsidized sales structures and a high entry barrier to the transit space. That said, management has deep connections to the industry and long-standing sector relationships. What is small now, has every possibility of growing. It will be interesting to see how sales perform over the next six months. Hopefully, EV market investors will take better note of GPV and keep it on their collective radar.

Lucid Group is a conflicted pick for me as the company suffers from the same enterprise value illness that Tesla infects the market with. It isn’t as insane but is way out of proportion to what the company is doing and will be able to do in the future. However, I like the car. Its design is smart, sleek, and assembled with more prowess than Tesla’s drunkenly cavalier approach to bloating production numbers.

Remember, Musk must bring back up to 475,000 vehicles to be personally inspected to ensure the hood doesn’t fly up while you’re driving down the highway, of course, if you are a typical elitist Tesla owner, you’re probably reading a book or sleeping in the back seat and wouldn’t notice until you slam into the ass end of an emergency vehicle. But back to Lucid…

Lucid had some love in November that sent share price north and after settling in the new year post a December equity raise is still up 281.06% since January 2021. The company earned the distinction of beating the pants off Tesla when it came to range with its Lucid Air Dream Edition. The Air has visual appeal and doesn’t suffer from faulty ego-driven ‘advances’ like recessed door handles.

However, like I’ve always said, it is a luxury car and only the well-shod can afford to sit behind the wheel where Tesla is shifting its shoddy assembly style to lower price-point offerings. That said, Lucid at least looks like it’s attempting to properly steward its balance sheet with the appointment of Gagan Dhingra as VP of Accounting and Principal Accounting Officer, and Mustally Hussain as Managing Director, Global Treasurer and Head of Financial Services.

Management is capitalizing on the company’s market strength as Peter Rawlingson, CEO & CTO, exercised a total of 407,756 options at $0.18 and $0.37 strike prices for the same amount of Class A common stock in the middle of December – that’s an aggregate average 13,864.26% increase in value from option price to current trading value. I know this is a reward for top execs and the work they do, but it still seems a little obscene so sours my view of the company’s corporate culture.

Despite this, Lucid will gain more traction in 2022 and unless Tesla improves its sorry production methodologies, it could make a serious dent in Elon’s dreams. 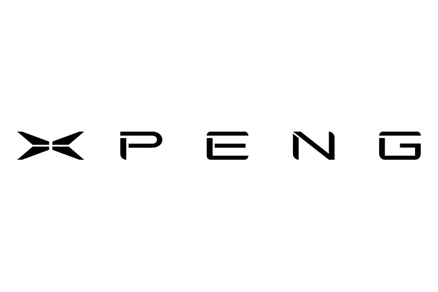 Like Lucid, Xpeng has shown some resilience on the boards, up 3.71% over the last 12 months. The Chinese EV manufacture based in Guangzhou, China, reigns supreme in its group which includes NIO and Li Auto for EV deliveries in the country. Despite Musk toadying up by establishing a dealership in China’s Xinjiang region as a PR maneuver to help the CCP cover up its genocidal treatment of the Uyghurs, Xpeng remains a force to be contended with.

With his tongue firmly planted up the CCP’s collective ass, Elon manages to operate in China without the customary domestic partner. This unfettered corporate freedom has allowed the company to offer no-money down in market offering 30% subsidies on EV purchases. Musk was able to achieve this pricing feat by subsidizing his generosity with more stringent sales terms on North American and European sales.

An unfair advantage to domestic manufacturers but since ethics are out the window when it comes to Musk’s pursuits and their absence don’t technically break any laws, I cannot bemoan his fortune. However, as competition rises in the west and China continues to slide back its subsidy program to zero, Tesla will most likely lose market share to other participants with better claim, like Xpeng. Like I’ve previously written, the challenge remains of investing in a company based in China, but Xpeng’s products and performance still warrant some attention from American investors.

Although it is more reasonable than Tesla and Lucid, Xpeng still comes in at a lofty $39.96 billion trading at $46.66 per share. One may want to wait for this one to normalize before betting the farm.

There are other smaller pure play EV manufacturers that could be mentioned but these ones have shown some differentiation and robustness in a shaky sector. As stated at the top, traditional auto makers have joined the EV race and with established systems and assembly, won’t take long to knock the wind out of Tesla’s dominance soon enough. 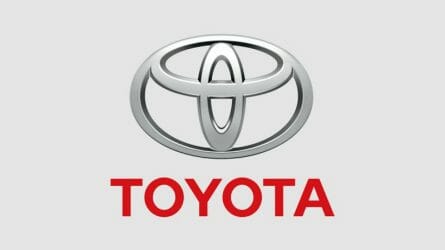 Recently overtaking GM as America’s top-selling auto manufacturer, the Japanese powerhouse surprised the world by seemingly reversing on its anti-EV stance and throwing itself headlong into the fray. While Tesla throws parties to celebrate a total of 1.2 million cars manufactured since it opened its doors, Toyota belts out 50 million units yearly.

As further proof of its sleeping giant status, the company outsold battery EVs by most brands in 2021 with its fuel cell EV Mirai – even outselling Tesla’s Model X. Now the company is promising to dump more than $17 billion into its EV segment and pump out 30 new EVs by 2030.

Musk has fun taking adolescent jabs at the big auto makers and has traded social media barbs on a regular basis. As Tesla’s market caps got pumped by pandemic dollars and went to unbelievable heights, securing Musk a place on Time’s front cover, Ford’s CEO, Jim Farley, acquiesced and slapped Elon on the back for being such a great example to the auto industry.

Unveiled at the CES consumer technology show in Las Vegas, Chrysler announced it would have its concept Airflow EV in production by 2025 and plans to go all-electric by 2028.

Speaking of the CES show, Sony made a surprise appearance with their proof-of-concept EV SUV, Vision-S 02. This improvement on the Vision-S 01 shown two years earlier has potential to reach production with 536 horsepower and integrated with a suite of Sony-specific digital services including media-streaming and games. The unit incorporates both CMOS and LIDAR in a driver-assist option that doesn’t falsely brag its capabilities like Tesla’s criminally mislabeled FSD.

That’s it, my brain is starting to hurt. On that note, I suppose that day traders and quants will continue to sheer the public for the near future, but fundamentals will eventually bring the EV sector valuations back to earth, forcing investors to look deeper than memes and over-optimistic projections by a CEO that refuses to take responsibility for his actions. Prudent investors may want to take profits and reposition themselves to take advantage of the value train which will eventually depart from the EV station. Do your due diligence and get advice from an investment professional before making any decisions regarding your portfolio! After that is done, pick your winners and make this a better world. Good luck to all!

Should Big Auto spin off its EV business? – an EV sector roundup

As the world turns – another EV sector roundup