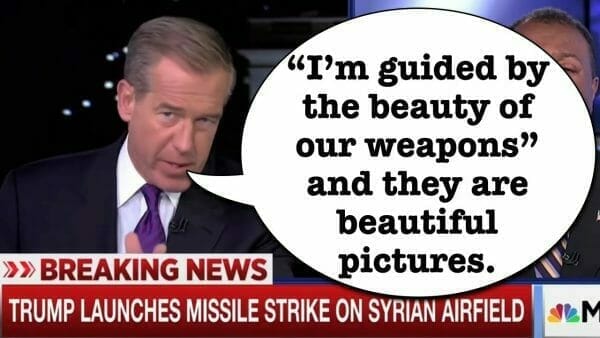 I knew I wouldn’t remember the name, make and model of the rifle in three months time, but I’ll never forget the way it rested, the butt snug and comfortable in my shoulder, like we were made for each other.

We were somewhere south of Mission B.C.—having traded in our Honda Civic for our friend Susan’s yellow Jeep for the safety of our undercarriage—and driven the backroads to a cozy alcove nestled on the far side of a rocky ravine. They had the canopy up and the bedrolls down in ten minutes, and were laying on their front and firing rifles and shotguns at targets in fifteen. Now it was my turn.

“What do you think?” Jim asked.

I didn’t know it at the time, but the wizened, clean shaven man, giving me pointers on proper rifle etiquette had recently closed out a twenty-year tenure with Canadian Forces, and taken a job handling and assessing weapons like the one in my arms for the RCMP. All I knew is that this guy handled himself like a pro.

“I think like I have no idea what I’m doing.”

“Ever fire one of these before?”

“This is going to be completely different from that.”

I didn’t have to take his word for it. I remembered the C6 as a heavy, bulky chunk of metal that wore me out from carrying it around after five minutes. This rifle, in contrast, was longer, thinner and considerably lighter.

The ladies were chatting behind me. Susan was a seasoned markswoman with her own assortment of weapons, including a Chinese semi-automatic rifle just on the sweet side of legal and a mean-mugging Mossberg auto-shotgun that she’d already used to punish a target from decent range. My wife had taken her turn with the rifle I was now holding and was busy vaping somewhere behind me.

I believed her. I lay down on my front, leg curled into a half-fetal position, and peered down through the site. My first target was fifteen feet away but I couldn’t see it. A simple adjustment—tuck a beanbag underneath and move the barrel until the red dot in the centre of the sight lines up with the red plushy star.

Breathe in. Breathe out. Flick the safety off. Breathe in. Breathe out. Squeeze the trigger on the out-breath, don’t pull it. Pop! The rifle jerked and a spent jacket arced into the bushes. The star bounced off the rock in a plume of dust and I was treated to an instant dopamine hit. I readjusted for the second shot twenty feet out, the third shot at thirty, repeat. Repeat. Repeat. Until I got to the target fifty feet away and peered down the sight.

Suddenly I imagined myself as T.E. Lawrence forcing the enemy to redistribute their armies at the Battle of Megiddo. Or maybe some Russian soldier, coughing up a lung at the Battle of Osowiec after ingesting a mix of poisonous gasses, but rising to charge into battle. That’s a disconcerting thought and this was an equally disconcerting feeling. Each of those involved killing human beings. With the rush of hitting a target, it was easy to forget the instrument in my arms was essentially a death-dealing device with one purpose, and I knew there was no reason outside of direct warfare why I or anyone else would have any need for these weapons.

David Grossman, a ex-military psychologist, published a theory that hinged on the notion that humans are hard wired not to kill each other, and psychological and training techniques have been invented throughout history to get over this barrier. The honour culture in pre-second world war Japan being one example, and the introduction of operant conditioning (a form of behavioural stim-response training designed to functionally automate responses) into the training of Vietnam war soldiers being another.

These had relative success rates. Another point of his theory was that part of post-traumatic stress disorder involved guilt over actions taken during warfare. Essentially, symptoms could be enhanced or reduced by the proximity to the deed because the mind could effectively engage plausible deniability regarding whether or not it had killed.  Soldiers would do anything they could to avoid killing.

Hence, for someone close up, like a trench-fighter killing opponents with a gory thrust from a bayonet in 1916 France, there would be no doubt and a maximum chance for PTSD to take root. Meanwhile, someone roaming the periphery of a battlefield with a sniper’s weapon, and thereby fighting and killing from distance, would have a much better chance of not picking up PTSD.

It also occurred to me that the weapons we were firing may already be obsolete. Not necessarily replaced by a better, more accurate weapons, but by an entirely new technology. Devices that continue the historical trend of pushing soldiers farther away from the killing ground. I’m talking about the drone. If Grossman’s theory is correct, then the drone makes the most sense. Most school-children are used to causing pixellated death onscreen through video game lines like Call of Duty, which simulate combat situations. As an aside, the theory seems to work to here, with expected deviations.

Here’s an excerpt from the New York Times article on the issue:

“Far from exhibiting a sense of carefree detachment, three-fourths reported feeling grief, remorse and sadness. Many experienced these ‘negative, disruptive emotions’ for a month or more. According to another recent study conducted by the Air Force, drone analysts in the ‘kill chain’ are exposed to more graphic violence — seeing ‘destroyed homes and villages,’ witnessing ‘dead bodies or human remains’ — than most Special Forces on the ground.”

But we’re not necessarily talking about warfare specifically, but the confluence of psychology and technology when it comes to defense, and that leads us to Kwesst Micro Systems (KWE.V).

We’ll return full circle to drones later.  First Kwesst is tech company involved in developing defense technology used to make life easier for both military operators and police forces around the world. If you’re like me, and absolutely loathe the idea of investing in companies that build and sell guns, ammunition, missiles, bombs and technology to profit off the pain and suffering of your fellow human beings (while contributing a vicious self-perpetuating positive-feedback loop), but also understand that we live in a world where defense is a necessary evil, then a company like Kwesst should be on your radar.

Their technologies are fit for:

No guns, missiles or bombs to drop. If anything, these are deterrents and deflections to these items.

From lethal to less than lethal

The rounds I was firing had a lethal designation courtesy of the muzzle-energy and velocity of the rifle. Despite that they weren’t big. They were about as big as the top two joints of my middle finger. Jim took one of the rounds apart for me to demonstrate the order of operations, displaying the gunpowder and explaining the ballistics of it. The percussion cap provides a controlled explosion, which kicks the propellant in the cartridge into high gear, sending the tapering metal cylinder at the top hurdling towards the target at high speeds.  Simplicity itself.

Less than lethal rounds work in a similar fashion, but with less muzzle energy. The civilian defense market is glutted with less-than-lethal alternative weapons (‘nonlethal’ is a misnomer because any of these weapons can be lethal as the mortality stats bear out). These include a cartridge casing that generates spin to a projectile. The projectile itself is soft and frangible, and mates to the interior cartridge casing and fires at velocities and using muzzle energy far below what’s considered the ‘lethal’ threshold. This is optimal for home defense, but also for civil defense, including the rare occasions when police need to subdue a crowd after their home team lost a hockey game or something.

Kwesst’s options include, at least for right now, weapons in the shape of pistols and shotguns sporting low-energy cartridges, but they have plans on provide semi-automatic and fully-automatic options in the near future.

Here are the target markets:

The next stage in communications

Earlier this year, Kwesst received a patent for a programmable multiwaveform RF generator to be used as a battle decoy. Think of this like high tech ventriloquism. The ability to throw off your opponent by effectively throwing your digital voice causes them to expend resources chasing down phantom voices and troop movements that aren’t there.

This technology has already drawn the attention of U.S. Special Operations Command, and has been pre-qualified for government funding. Naturally, there’s interest in developing the technology throughout NATO and other partner countries. This particular set of interest comes from a dark time in recent military history when two full Ukrainian mechanized battalions were obliterated by Russians in three minutes after being located by their electronic signal emissions.

The company’s next steps for this technology are to achieve full procurement from the U.S. military, but also to facilitate partnerships with electronic warfare/counter measure companies, including such giants as Motorola Solutions, D-TA Systems. Right now this segment of the market is huge with the U.S. market alone valued at $500 million.

It’s called Tactical Awareness and Situational Control System (TASCS). It’s essentially the meanest smartphone app you’ll ever see, and no you can’t get it for IoS or Android. It’s an snap-on weapons adaptor that allows for real-time streaming from any source, including drones. It sends a feed to any users’ smart display device and weapons system.

Here’s the TASCS attached to a 81 mm mortar, making the world’s first SMART-mortar. 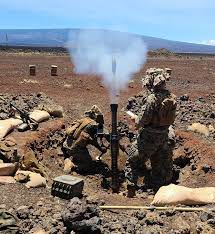 From their investor deck.

Last, but not least, the return to drones.

Kwesst doesn’t make high flying white phantom drones that drop bombs. Instead, they make mini-drones that hunt and destroy big drones before they can drop their payload.

They’re soldier launchable micro-drones, or drone missiles. They’re either guided (by TASCS, perhaps) or completely autonomous—locking onto enemy drones, using artificial intelligence to do all the necessary calculations, and then smashing into their target at speeds up to 350 km. All within a four kilometre range.

If you’ll allow me a self-indulgent moment—that’s fairly badass.

Right now, Kwesst has ongoing contracts with both U.S. and Canadian counter-drone authorities, as well as partnerships with counter-drone companies with electronic countermeasures, but no kinetic counter-measures. This represents a hitherto virtually untapped multiple billion dollar global market for safe, non-explosive interceptor solutions against hostile drones. Right now, though the market is estimated at $500 million.

If there’s a downside to this company it’s that government contracts can only take you so far, and their less than lethal options revolve in markets glutted with options and alternatives, and with greater market penetratio, and less necessary time spent explaining the science.  Everyone knows how a taser works.  You point the gun at the person (or persons) you want to incapacitate and press the trigger.  Ditto for pepperspray and stunguns.  They’re standard kit for law enforcement and middle aged women walking to their car at night.

Companies like Mace Security International (MACE.OTC) have the kind of brand recognition enjoyed by companies like Xerox, Google, and Johnson and Johnson’s Band-Ade brand, in that said brand is no longer just a noun, but also a verb to describe the function of the product.  We google information, we apply band-ade solutions, we xerox copies, and Cindy-Lou maces her attacker.

If this company is going to take off, then it’s going to need to find a way to differentiate itself, maintain its defense contacts and maybe get their less-than-lethal tech into a riot car the next time the Canucks (or whoever, let’s be fair) lose the Stanley Cup Final.

Still, there’s no reason to sit on the sidelines while the defense dough-bucks go downstream past you, but you’re the type who likes to sleep at night and not worry that the money you’ve put into a company is causing harm to other human beings, even in the most oblique of senses, then a defense-centric company like Kwesst Micro Systems may be what you’re looking for.