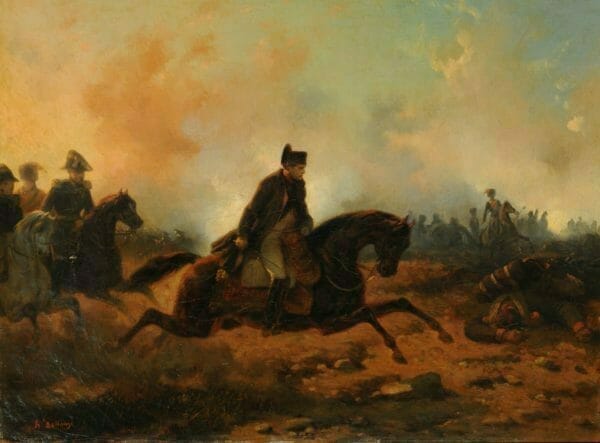 ‘The secret of war lies in the communications,’

Napoleon enjoyed many advantages over Wellington at the outset of the Battle of Waterloo—numerical superiority and familiarity of territory being two—but what he lacked and what ultimately cost him the war, was Wellington’s efficient communication system.

What Waterloo teaches us is that it doesn’t matter ultimately what advantages you have if your lines of communication aren’t strong to convey orders, then the resulting confusion will signal defeat. We’ve come a long way since June 18, 1815. We have technologies that facilitate these communications both on and off the battlefield, making it easier for the brass in the head office to keep in touch with what’s going on in the field.

Now Napoleon would sit at home in Paris and direct troops from the comfort of his plush imperial chair. But the advances in communications have technology have produced an arms race of technology to sabotage or disrupt those all-important communication lines. For every scanner in pursuit of a hidden cache of weapons, there’s a jammer looking to keep them hidden.

On that note, Kwesst Micro Systems (KWE.V) received their patent for their previously announced programmable multiwaveform RF generator to be used as a battle decoy. The patent is one of the core techs for the company’s Phantom electronic decoy line.

The technology has already caught the eye of U.S. Special Operations Command, and has been pre-qualified for government funding with an estimated value of $1 million, pending approval.

That’s not all. The company has also stated that there’s interest developing for the technology throughout NATO and other partner countries for a tactical decoy that keeps enemies from locating and targeting friendly forces. The interest comes from an incident in 2016 where two full Ukrainian mechanized battalions were destroyed by Russians in three minutes after being located by their electronic signal emissions.

“Apart from the potential near-term dollars involved, this qualification and invitation to participate in trials with key agencies in the U.S. and another NATO country signals serious interest in the Phantom system. These concurrent developments also appear likely to accelerate the pace of market uptake. Accordingly, with the upcoming close of our $4 million financing announced April 9, 2021 we will be prioritizing the productization of Phantom to be in the market sooner than originally planned,” said Jeff MacLeod, KWESST founder, president and CEO.

What does it do?

Phantom is a compact, lightweight electromagnetic transmitter that mimics the EM signature of a tactical military unit, which can redirect and confuse adversaries about the location of NATO and partner nation forces.

Equity Guru’s own Lukas Kane reported on this back in December:

It’s the digital version of throwing your voice to distract enemy forces away from your position, or perhaps into a position more advantageous for your own forces.  How cool is that? 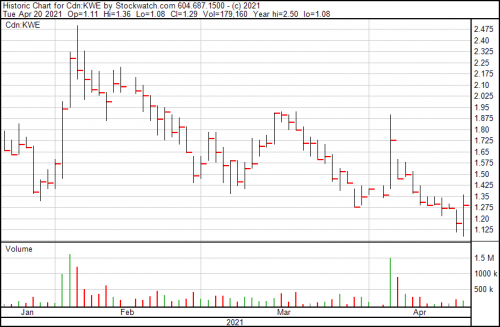