WallStreetBets and the meme/retail crowd is bringing back some excitement to the markets! After analyzing the AMC chart yesterday, my major level has been breached in one day. Today and tomorrow will be BIG days for AMC and other meme stocks. But I will answer why under the Technical Tactics portion of this article.

AMC is up for the sixth day in a row, with a current increase of 15% for the day with prices hitting highs of $23.22.

Just recently I predicted an AMC breakout, which triggered on Tuesday, in this article. I go over some of the fundamentals, and AMC still has the catalyst of theatres re-opening around the country with full capacity.

There is something I observed yesterday that I want to point out. Both GME and AMC had 10% plus gains yesterday. However, I did not see much coverage on the meme stocks except one article early in the morning. In fact, neither GME nor AMC showed up on the top gainers list. To add more to the drama, neither stocks were trending on Twitter, when in the past, moves such as this always saw the meme stocks trending.

A bit suspect, and some believe it is because the institutions got stuck shorting once again. It seems they may have taken calls as hedges now as AMC is trending on Twitter. #AMC500k to be exact. Those diamond hands are celebrating. 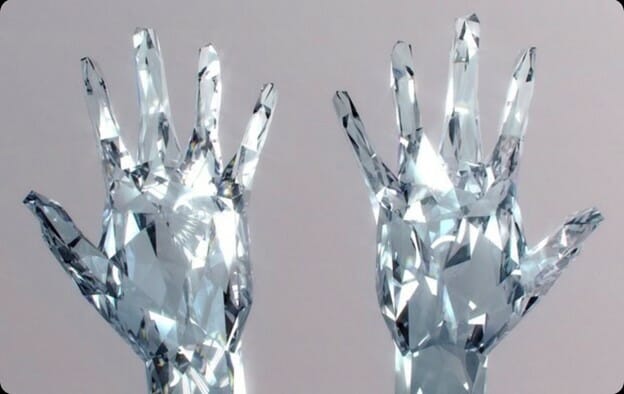 We spoke about the return of the retail crowd back into the stock markets. We are watching the Russell 2000 for this development, as we are predicting this money to head into small caps…maybe after taking profits from GME and AMC.

The folks over at Zerohedge have said yesterday saw a tie in most volume of AMC’s traded options ever. And then today, AMC hits a market cap of $10 Billion as meme stocks explode. 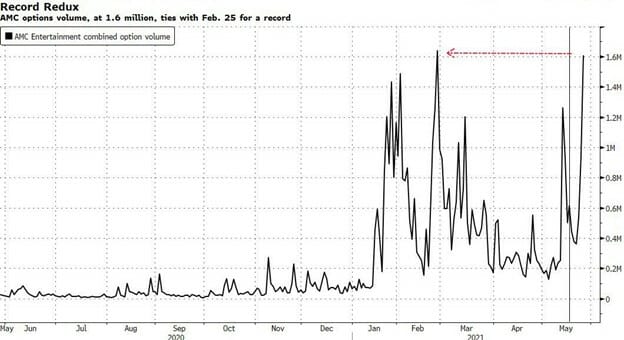 Going back to the idea of institutions getting caught on the wrong side, perhaps the rise in options had to do with this: 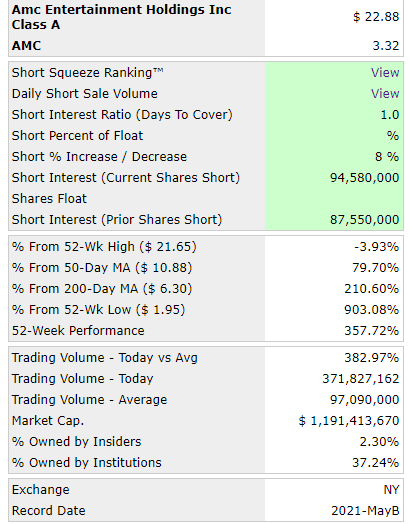 Shortsqueeze.com is indicating there are 94,580,000 current shares short. Another short squeeze is being attempted. As I just type this up, AMC has taken out current highs and is making another run higher tagging $23.46! 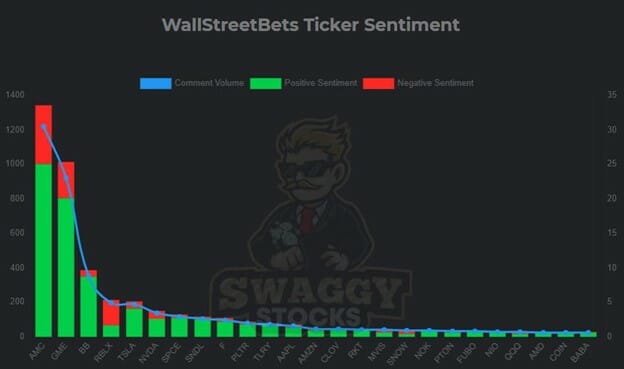 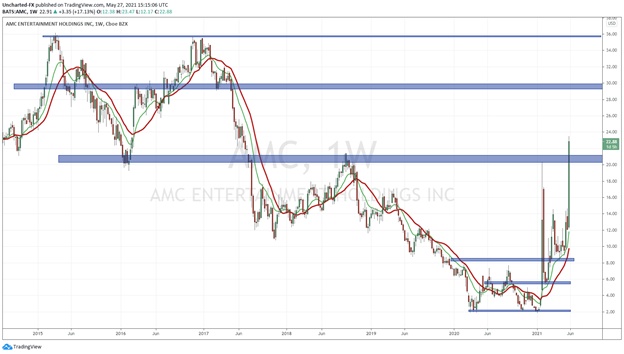 I hinted at today and tomorrow being a big day for AMC and other meme stocks. It has all to do with the weekly chart, and the weekly candle closes. Weekly candles close at the end of the trading day, so post market Friday, and showcase price action for the entire week of trading. A lot of big money and institutions make their moves on these long term charts. It might be slow for some of us retail guys, but this is what the big money looks at so it is worth your while.

I discussed this major flip zone (an area that has been both support and resistance) at the $21 zone in yesterday’s Market Moment. I cannot stress how important this zone is. Current price action is showing us breaking above this resistance zone. But we must get a weekly candle close.

This means we want to see prices of AMC close above our $21 zone by the close of tomorrow. If this happens, we can make a sustained run to $30.00 on a breakout. If that level gets taken out, $36.00 and then new record highs are next!

So far things are looking positive. The meme crowd is back and driving prices higher. Will they really hold to 500k? I don’t think so. Many of them have had market experience with the first short squeeze in AMC and GME. I think most of them will consider taking profits quicker. Remember last time some brokers limited selling on the meme stocks. That still haunts some people to this day.

Eyes on tomorrow’s close. But let’s also see if AMC can hang on to its gains today.