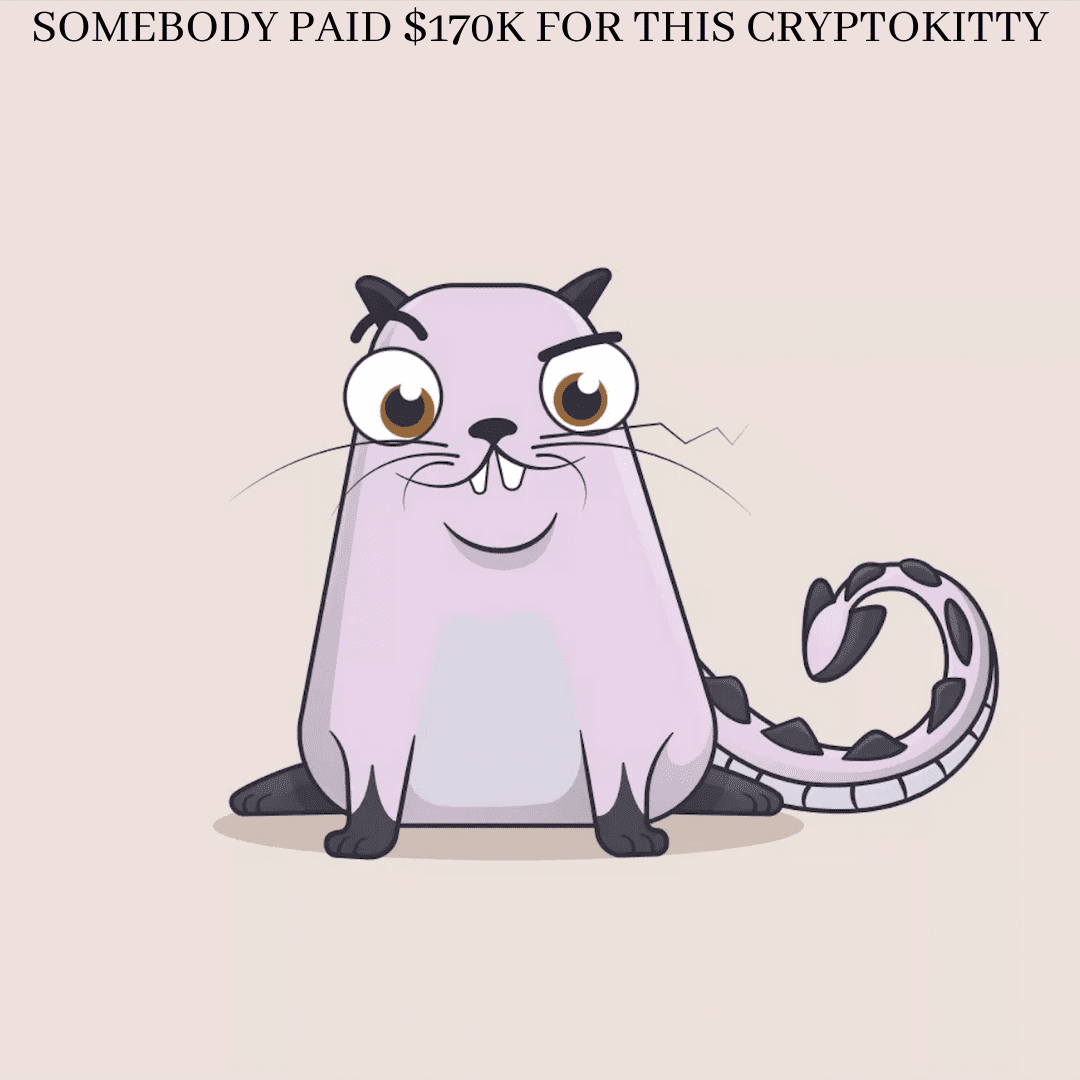 And I think I hate my generation.
In fact, I am quite certain of it.
For at the very least we created the selfie. And with it, a limitless narcissism.
We also conceived of things like the $20 avocado toast, green juice, and putting anything and everything into “bowl” form.
It is this generation that made us think we were supposed to look like (mid-20s) Gossip Girl characters in Grade 8, and that the painfully white cast of SATC was a “realistic” representation of a friend group in New York City.
And finally, without my generation, I would not have had to spend the better half of my week feeling like an out of touch grandparent researching “blockchain??? What is Ethereum and why do people keep saying it?? Why are people spending 170K on a digital cartoon cat? Are they ok? Is this a conspiracy?”

I wrote an article last week that I only half-understood. As did all of my readers. So, here’s hoping we all get some clarification.

Let’s start at the beginning and work our way back…
The creation story we never wanted:

Blockchain is the technology that underpins digital currency (such as the nightmares of Bitcoin, Dogecoin, Ethereum, and the like). The tech allows digital information to be distributed, but not copied. Meaning, each individual piece of data can only have one owner.

You may hear it described as a “digital ledger” stored in a distributed network. Blockgeeks (I obviously didn’t invent this embarrassing phrase) have a good analogy to help understand how Blockchain works:

“Picture a spreadsheet that is duplicated thousands of times across a network of computers. Then imagine that this network is designed to regularly update this spreadsheet and you have a basic understanding of the blockchain.”

Why was this complex tech horror show ever brought into our lives?

Information is constantly reconciled into the blockchain database, which is stored in multiple locations and updated instantly. The records are public and verifiable. Since there is no central location it is harder to hack, as the information exists simultaneously in millions of places.

Cryptocurrency proponents boast the distributed storage without a middleman — you don’t need a bank to verify the transfer of money or take a cut of the transaction. In theory, this could improve the average joe’s accessibility to valuable investments, without the middlemen curating their rich patron’s favour by limiting that access.

So again, never a shocker but always a disappointment, it comes down to money and ownership.

For my visual learners – I stole this graphic from a man named Paul. 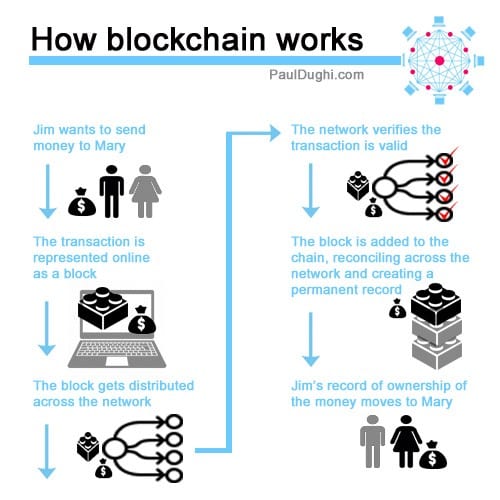 PART 2: Ethereum defined – and no, this is not a new birth control pill.

If you have had the misfortune to be around the type of people who “chat” about Ethereum, you probably know it to be some sort of cryptocurrency, like bitcoin. Ether (or an ETH coin) is the cryptocurrency built on top of the Ethereum blockchain.

Ethereum is both the blockchain platform and the programming language that runs on the platform  and helps developers build, publish and distribute applications. (I know that sentence sounds like a Communications degree, which is to say, entirely vague and completely all-encompassing).

From what I’ve gathered, Ethereum is like a not-so-cute marketplace of financial services, games and apps that can’t steal or censor your data. It basically one-upped bitcoin by not only acting as a space for digital money sans payment providers/banks, but also serves as a tool to create a variety of other digital assets (hello, NFTs).

Do you see why I hate my generation? You know it’s bad when you read the ‘101’ article 5 times over and still have a real Phoebe from Friends energy on it.

A NFT stands for non-fungible token. In human words, a unique, one-of-a-kind asset.
In other words, no two NFT are alike.

Most NFTs are part of the Ethereum blockchain (but it is worth noting that other blockchains can implement their own versions of NFTs). Basically, blockchain technology is what allows for the ‘one-of-a-kind-ness’ that defines and places value on the NFT. Ethereum is just the most common software, as of now, on which to put the NFTs.

In investor-speak, NFTs are like any other speculative asset: you buy it and hope that one day, the value goes up and you can sell for a profit.

A far more informed co-worker than me explains:

NFTs are used to create verifiable digital scarcity and confer ownership across multiple platforms. They’ve found widespread utility in applications and programs involved in crypto-art, collectibles and gaming, but their utility could theoretically expand to things like real estate.

Because as it goes in our sadistic, capitalistic world – everything is monetized.
Literally everything.
Take this very average tweet by Shark Tank man/blow up doll, Mark Cuban:

A new platform called Valuables allows individuals to authorize their twitter accounts and mint any tweet that belongs to them, creating an NFT. The tweet then becomes recorded on an immutable Ethereum ledger that says, “this person authored this tweet and owns it”.

The concept of buying a digital asset is disconcerting. Doesn’t it contradict the idea that digital content is infinitely replicable? Can’t someone retweet? Take a screenshot, as I have done in this article? Or, what’s more, can’t the owner/Tweet-originator delete it?

All reasonable questions, but lest we forget, we live in a ridiculously unreasonable world.

A world where the permanence of blockchain and its ability to define one token and one tweet as one’s own, speaks to the basest nature in human beings: greed and ownership.

This deeply lackluster tweet from Mark Cuban will forever be on the blockchain, so no matter what happens on Twitter, one Tim Kang gets to own this inspired poetry for a lifetime.

And I think I hate my generation.
For at the very least, I have had to type “NFT” 11 times in this article.
And at most, have the sinking feeling that this is only the beginning.

Until next week, when I hope my editor will spare me from this topic (comment or email something else, anything else!!) 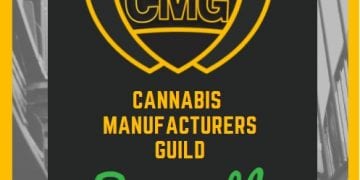 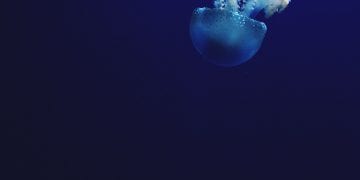 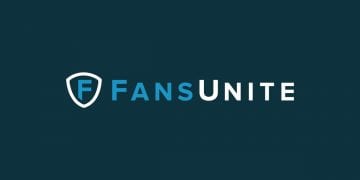