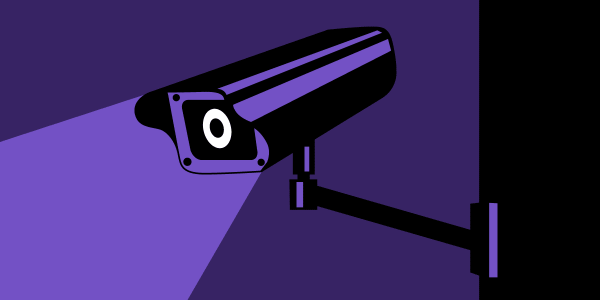 You could be reasonably forgiven if in the middle of the 1980’s you suspected that Japan was a model for the future. It was a neon paradise, fraught with all that’s glittery and golden within capitalism, including all of its promise but with its pain carefully hidden away in the subtext. But as most science-fiction authors will acknowledge, the majority of potential futures dreamed of in their philosophies are little more than reflections on the present. William Gibson, author of Neuromancer and futurist par excellence, indeed recognized this pattern.

Japan was the second largest economy in the world at the time, owing to the lack of a necessity for a military. Japan itself was an American project post World War 2, a vat grown economy, fed and fattened on dollars that would have funded their military, and acting as a bulwark against the rise of a competitor.

Its byproduct, in addition to technological advancement, computer chips and strange tentacle anime, was peace.

Japan has fallen on economic hard times since then and given away its number two spot to an emergent China, and now like Japan in the 80’s we look to China as the embodiment of the future. But where the United States relationship with Japan ensured the prospects of an enduring peace, the uncertainty wrought by a contentious relationship with China provides no such certainty.

It’s strange how much can change in a generation.

The dominant ethos during the late 80’s and 90’s, the era of the nascent internet, was that information wanted to be free. It was a far more innocent age before government agencies invaded our privacy by mining our social networking offerings for information, and those self-same media outlets were complicit in surveillance.

In the future, your privacy will come at a premium.

During COVID-19, we used Zoom for the majority of our office communications. We had office socials from our living rooms, and offered interdepartmental educational talks and generally tried to overcome the malaise that came with prolonged isolation. We didn’t know that our calls weren’t end-to-end encrypted, and if we had have known, it’s unlikely we would have cared. We didn’t have any expectations of security because we had nothing to steal. No secrets were shared and no vital information was imparted.

But that’s not always going to be the case with every company that uses their service, and other services like it. Especially since Zoom Video Communications (ZM.Q), the company behind the Zoom app, has no intentions of adding end-to-end encryption to Zoom calls for free users.  If you want to protect your privacy and information via their service, then you’re going to have to shell out for their commercial service.

“Free users for sure we don’t want to give that because we also want to work together with FBI, with local law enforcement in case some people use Zoom for a bad purpose,” Zoom CEO said Eric Yuan, Zoom CEO.

As if somehow commercial clients wouldn’t ever break the law.

It really does seem that Zoom favours one variety of criminal over the other here, and if protection and privacy is simply a matter of signing up as a commercial client, complete with fake business name and whatever other information the service may require, then why wouldn’t would-be sex traffickers join their money laundering white-collar criminal brethren in getting a commercial account?

Either way, if services like Zoom are to be the future in a post COVID-19 world where the prospect of working from home is a few bad months away, then the company is going to have to do better. In recent months, Zoom’s security protocols have been tested and found wanting. In April, the company’s encryption collapsed, and Zoom got hacked courtesy of its vulnerable Windows client.

Your every move will be on display

Does everyone remember MySpace? The place where you could advertise your shitty band and link it to your private page. How about Livejournal? Home to a million emo kids, spelling out their teenage drama one badly misspelled post at a time. Sometimes these places could be threatening, but it was mostly from the other users. Someone would lip off on livejournal and there’d be the standard pile-on, and occasionally someone would be outed for some deviant sexual practice and consequences would follow. Mostly, it was treated like a joke—idiots being idiots—and you could spend hours going down the LJ-drama rabbit hole laughing at other people’s drama.

Then along came Facebook (FB.Q) and shit got real. First, it’s been demonstrated throughout Facebook’s short history that Zuckerberg is the kind of guy who read George Orwell’s 1984 and took notes on the marketable value of surveillance.

Speaking of Orwell. What would he make of social media? An elaborate digital smokescreen that promises social connection, but actually works as a dual portal for advertising, social conditioning and government surveillance. It’s probable that he would have been amazed at the ease and efficacy by which citizens formed an orderly queue to sabotage their own privacy. Amazed, but maybe not surprised.

Market logic dictates that if you don’t like Facebook, you can leave, but dopamine logic may make that hard for a large cross section of the population. Facebook and other social media outlets may end up being the Philip Morris International (PM.NYSE) of this generation—most of us didn’t know we were addicted until long after the fact.

Now Facebook’s taken that one step further by inventing their own cryptocurrency.

In contrast, Jack Dorsey, the CEO of Twitter (TWTR.Q), wants to reconfigure his social media platform to be the complete opposite of Facebook. Dorsey’s a fan of Bitcoin and cryptocurrency in general, and wants to reinvent Twitter in a decentralized format. That way it will ensure anonymity.

Have you been on Twitter lately? It’s the online version of Mos Eisley from Star Wars. You know? “A wretched hive of scum and villainy.” It demonstrates the weakness of the free market of ideas argument with every putrid retweet of the latest conspiracy theory du jour, and decentralizing it would strip tweeters of any strains of accountability whatsoever. We already have one 4chan. We don’t need another.

Somewhere between Facebook’s draconian information crackdown policy and Dorsey’s intended information free-for-all, there needs to be a happy medium. We haven’t found it yet, but for some reason investors keep giving them both money.

Decentralized wikipedia and the minecraft school of forbidden knowledge

We could draw parallels all day long between the rise of surveillance culture in the United States and the weakening of constitutional rights—maybe invoke Caesar’s dilemma in the necessity of the weakening of those rights for the bolstering of security. We can point at China with their authoritarian control over their population and say that’s a premonition of our future, but without a crystal ball and some serious prognostication powers, we can’t tell for certain.

But as the divide between the rich and the not-rich widens there’s going to be a need for more police, and more surveillance.  Privacy will dwindle as the governments are going to increasingly want to know what you’re talking about to ensure you’re not a threat.

It’s improbable that the United States will be able to implement a social credit system like the one they have in China—for that you need cultural compliance formed from decades if not hundreds of years of ingrained obedience. Individualism and adversarial competition is baked into the culture of the United States, not to mention a healthy amount of violence, racism and fear.

But that doesn’t mean we’re safe from censorship. You only have to look to 9/11 for an incident where the U.S. government took advantage of fear imposed by the existential threat of terrorism to snatch up sweeping powers. That’s why we need initiatives like Everipedia and The Uncensored Library.

Everipedia is a decentralized online encyclopedia. And no, we don’t already have one of those. Wikipedia can be altered by anyone. Everipedia runs on a blockchain and offers censored content which cannot be altered or contravened by any overzealous world government. With this you can neither burn the books nor remove them. You can only control access, and even for governments as powerful as China, that’s proven remarkably difficult.

Here’s what they’ve been doing with it thus far:

On April 23, 2018, an anonymous activist attached a letter to an Ethereum transaction alleging that that Peking University covered up the sexual assault of a student by her professor. And in July 2018, Chinese activists published an investigative report on the blockchain that revealed how Chinese babies are given low-quality vaccines.

In contrast, The Uncensored Library takes advantage of the world’s most popular video game in a fascinating way. It was designed by Reporters without Borders in collaboration with tow media agencies and BlockWorks, a UK-based company that builds virtual worlds in Minecraft. What they’ve done is take various censored and banned books and built a virtual library within Minecraft to store them.

Since its launch in mid-March, its 100,000 visitors, including about 3,000 of whom were from heavily censored countries have spent a combined amount of time equal to at least five years in the library.

There’s still more to say about the confluence of internet of things sensors feeding data to artificial intelligences, and storing the information on a blockchain and what it means for your privacy. About IBM’s (IBM.NYSE) contributions to various smart cities initiatives to use predictive analytics to monitor your movements and predict your behaviours. About predictive policing and the social havoc it could bring. But let’s not belabour the point anymore than we already have.