Yes, this virus targets the elderly.  But only 9% of seniors live in senior care homes. Among seniors in their 90’s, only 44% of them live in care homes.

“A retirement home in Canada that lost nearly half its residents to coronavirus is scrambling to protect the remaining healthy inhabitants who lived alongside infected neighbours for nearly two weeks,” reported The Guardian.

Pinecrest nursing home, a privately run facility in the town of Bobcaygeon, Ontario, has emerged as one of the country’s deadliest Covid-19 hotspots.

Twenty-seven of the home’s 65 residents have succumbed to the disease, and the spouse of one resident, who often volunteered at the home, has also died.

But it was not until last week – after 16 deaths – that sick residents at the home were finally separated from healthy residents, according to CBC News.

The question – for the elderly and investors in this sector – is: are these problems fixable?

The short answer is yes.

Some of the changes are easy and obvious.  As the outbreak gathered steam, auxiliary unionized care workers in BC were picking up shifts in multiple facilities.  An asymptomatic carrier could quickly pollinate numerous elder care homes.

But let’s be clear: during a pandemic, a 95-year-old is always going to be vulnerable in a home with other seniors. Removing the 95-year-old isn’t always an option.  The resident may be dependent on staff for medication, food, hygiene etc.

Growing old is a messy business.

The challenge is not to make a perfect system, but to mitigate the health risks of long term care, intelligently and ethically.

If you believe this situation is salvageable, then now is a good time to look at senior care home stocks – which have hammered in the aftermath of this scandal. 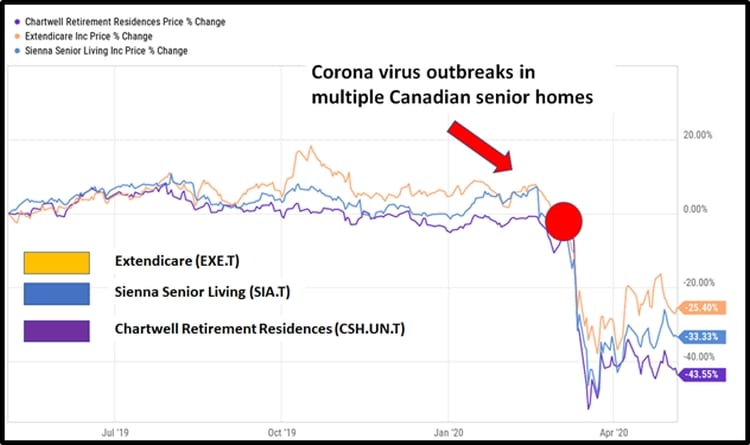 Chartwell Retirement Residences (CSH.UN.T) is a $1.7 billion real estate trust that owns and operates a range of seniors housing communities.

“It is likely that your parent moved into a retirement residence because you all recognized it is the best place for them to live,” stated Chartwell, “Retirement residences are committed to keeping their residents safe and helping them have the best quality of life possible during the pandemic”.

A total of 18 residents and nine staff have tested positive for COVID-19 since an outbreak was declared on April 2, the facility said.

“The restrictions on residence visits during this pandemic will have a negative impact on our occupancy levels,” stated Vlad Volodarski, CEO of Chartwell, “as we are not permitting visits by or on behalf of prospective residents”.

In the meantime, Chartwell is participating in a new national initiative – CAPES (Canadian Alliance to Protect and Equip Senior Living), which has processed more than 15 million pieces of PPE destined for retirement and long-term care homes across Canada.

Chartwell currently has $338 million of liquidity including over $131 million in cash, and $950 million of unencumbered assets, a conservative capital structure that will allow it to access further debt if needed.  2019 yearly revenue was almost $1 billion. 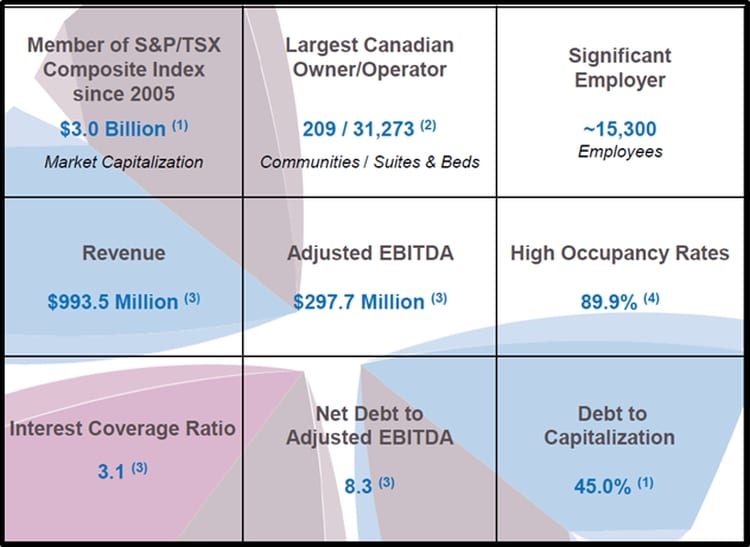 Extendicare (EXE.T) is a $535 million company that operates or provide contract services to a network of 122 long-term care homes and retirement communities.  The breakdown here is that 69 of them are owned, and 53 are contract services.

Extendicare reported that “actions required to combat COVID-19 have led to increased costs, primarily in respect of PPE and labour.”

The provinces in which we operate have all announced various programs and financial assistance to address these increased costs and other challenges. Long-term care occupancy in virtually all our homes remains above 97%.”

“While we are focused on addressing the COVID-19 challenge in the near term, we remain confident in our future,” stated Dr. Michael Guerriere, President and CEO of Extendicare.

$129.8 million of cash and cash equivalents
Access to a further $70.2 million in credit facilities
Q4, debt maturities are $23.5 million of CMHC mortgages 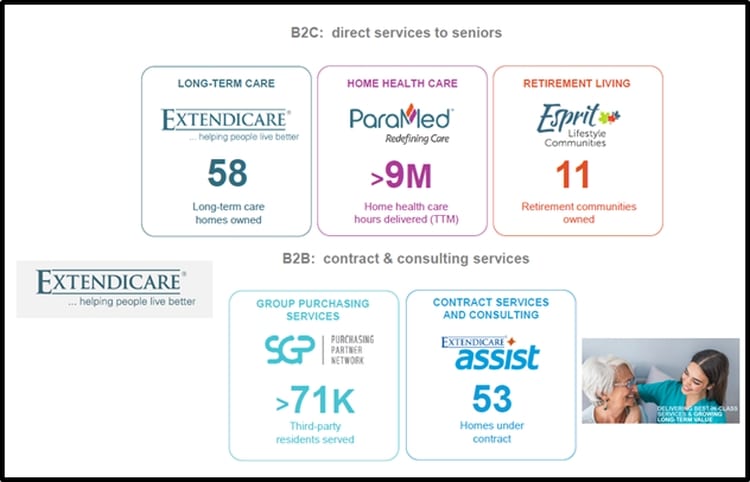 Sienna has been transparent about instances of corona virus in is various Facilities.

“We are committed to keeping you informed as the situation evolves,” stated Sienna, “We want to hear from you, so please share your ideas, questions, or stories of inspiration.  Here is a dedicated email for this purpose: COVID-19@siennaliving.ca. 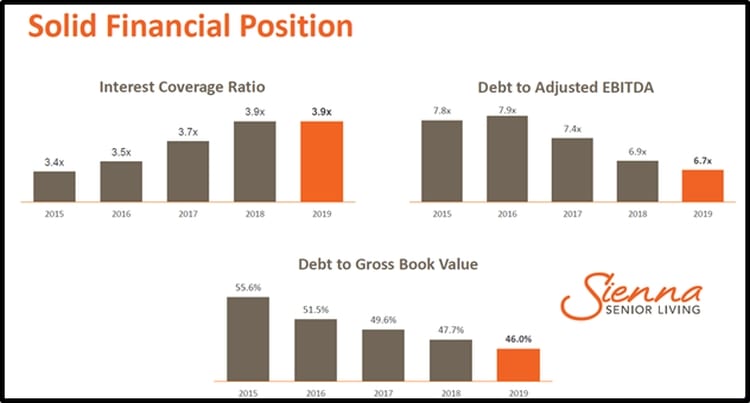 “Kerry Bowman, a professor of bioethics and global health at the University of Toronto, said there were “profound systemic problems” within Canada’s long-term care facilities before the pandemic ever began,” stated Global News.

“Anywhere you’ve got service workers — people doing caring work — that is low pay, low status, and along with that, (provides) lower amounts of training, you’ve got a recipe for disaster,” stated Colin Furness, a University of Toronto health policy expert.

Chartwell Retirement Residences (CSH.UN.T), Extendicare (EXE.T) and Sienna Senior Living (SIA.T) have been knocked off their feet by the current health crisis.

Let’s see if they can get back up.