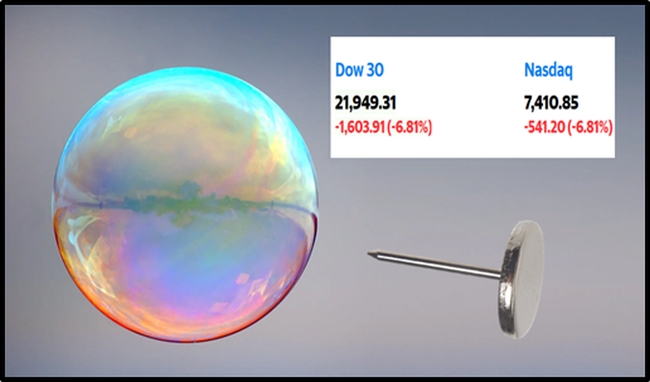 The proverbial shit has hit the fan.

U.S. stocks fell 9% Thursday before recovering some losses, when the Fed chirped in with a “major $500 billion asset purchase program” [money printing].

Peter Schiff, CEO of Euro Pacific Capital has street cred because he predicted the 2008 crisis 2 years before it happened.  For his insights, he was laughed by TV pundits who dubbed him, “Dr. Gloom”.

Despite gold’s price-slide this week, Schiff is still bullish on bullion.

What happens to house prices in times of financial crisis?

Housing prices across the U.S. fell 33% during the 2008 recession.  In Canada, house prices dropped too – but not as much – and they recovered quicker. 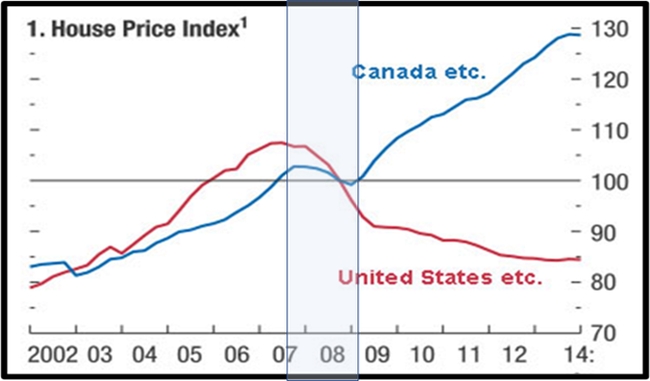 In 2008, when home prices fell, millions of Americans stopped making mortgage payments and subsequently lost their homes in bankruptcy liquidations.

Widespread layoffs in real estate, construction and banking hammered consumer spending and catalysed wider misery in the economy. Nine million Americans lost their jobs in The Great Recession, while unemployment spiked from 5% to 10%.

During the housing bubble that began in the 1990s, home prices more than doubled by 2006 before crashing, according to the National Association of Realtors. The housing market remained in the doldrums through 2012.

These week, 20% of U.S. real estate agents nationwide said buyer interest is declining because of the coronavirus, according to a flash survey from the National Association of Realtors

“A home transaction is a major commitment, the uncertainties on how the economy will play out and the spread of the virus itself are barriers to home-buying and selling,” stated Yun, “The stock market crash is raising economic anxieties, while the coronavirus brings fear of contact with strangers.” 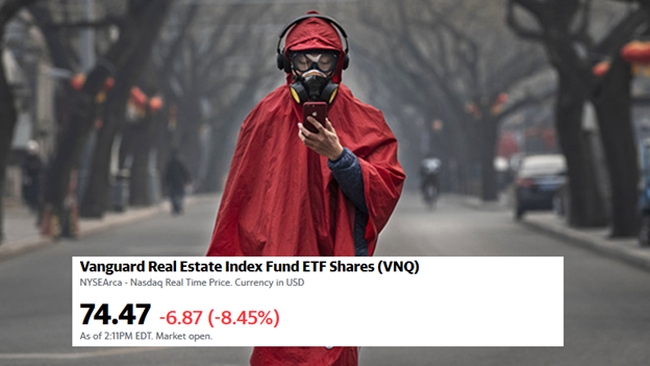 Luxury homes in Vancouver, BC were already falling prior to the global spread of the coronavirus.

In January, 2020 Vancouver was ranked the second least affordable housing market on the planet in an International Housing Affordability Survey.

According to the UK-based research group, Jubilee Debt Campaign – 27 countries are in “debt crisis”, with another 80 “at risk”.

European countries with debt-to-GDP ratios over 100% include in Belgium, Greece, Portugal and Italy.  Emerging market debt is more than $15 trillion.  Moody’s downgraded the status of sovereign debt in 24 nations including China.

In this hailstorm of financial panic – every asset class will go down.

As the dust settles, investors will move into “hard assets” like art, gold and real-estate.

“It’s the financials that are really getting killed,” stated Schiff, “They have made all the loans that are not going to get repaid, so this is just like 2008, only it’s not just the banks that are going to need a bailout, it’s the hotels, it’s the airlines, it’s companies like Boeing, it’s the cruise lines.”

“Gold is going to be the only safe haven left standing,” stated Schiff, pointing out that “gold has historically fallen alongside equities in the opening phases of a bear market”.

“Air Canada recently cancelled direct flights between Toronto and Hong Kong. With cancelled flights from Asia, and a possibility of more to come, foreign buyers aren’t coming to look at properties,” he added.

This week, it has not been profitable to own gold or real-estate.

History suggests that both asset classes will perform well in the first phase of recession recovery.