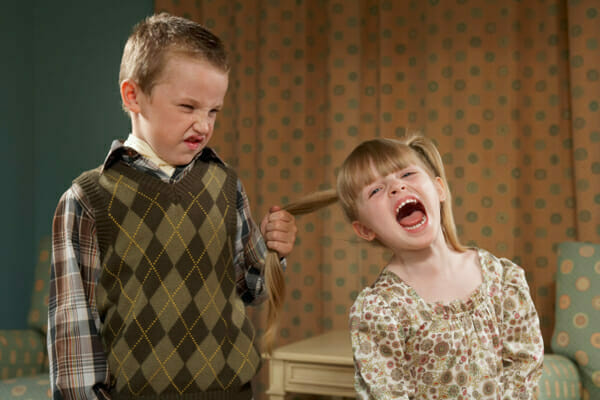 The story begins back in 2010 when Google (GOOG.Q) stole 11,000 lines of Oracle’s original code, said it was open source, and starting throwing money at high priced lawyers to make their legal problems go away. They didn’t. Instead, Oracle (ORCL.NYSE) rode them from the district courts of California to the doors of the Supreme Court, which wouldn’t even hear the case and instead told Google to get bent.

Now in a curious case of deja vu, Google and Oracle are back at the doors of the Supreme Court, and Google is trying to buy its way into excusing its theft and avoid paying Oracle the money it owes it. Except this time, Oracle’s got some high powered friends, including the Trump https://e4njohordzs.exactdn.com/wp-content/uploads/2021/10/tnw8sVO3j-2.pngistration, and a wide array of organizations and individuals from technology, arts and culture, government, advocacy, and academia. Each of whom filed amicus briefs in support of Oracle earlier this week.

“Google is attempting to rewrite the fundamental copyright protections that fuel innovation in this country. The amicus briefs make clear that to avoid significant consequences well beyond the software industry, Google’s self-serving arguments and attempts to rewrite long-settled law must be rejected,” said Dorian Daley, general counsel for Oracle.

Most of life’s important lessons are learned early. For example, kids learn on the playground that size matters. Children with larger bodies can assert their dominance on the small and isolated. Usually, they gather support through coercion or a meeting of like minds, and form de facto blocs that assert their dominance until broken up by either an authoritative body (like a teacher) or stomped out by a competing bloc. In which an individual’s size can be defeated by the size of a group.

The same is mostly true as an adult, except the tools and instruments are significantly different. Instead of intimidation backed up with the threat of a pudgy fist, adult bullies use their deep pockets, lawyers and the law, to push around the weak and the isolated. The authoritative body is like the Supreme Court. Google is one such bully.

Let’s dispense with the notion posed by Google that suggest Oracle’s code was open source and therefore subject to fair use, and there’s an inherent danger in setting a precedent that shuts down innovation by giving companies the ability to deny access to basic code elements through copyright law. Google has been stealing from us all for years, and this is just another round of their spin. Their tools are sneaky legalese, and when that doesn’t work, high priced lawyers and deep pockets.

You don’t have to go far to find it either. Look at your terms of service.

We start out relatively benign with this:

“Some of our Services allow you to upload, submit, store, send or receive content. You retain ownership of any intellectual property rights that you hold in that content. In short, what belongs to you stays yours.”

Nothing wrong there. Except, oh wait, there’s more:

“When you upload, submit, store, send or receive content to or through our Services, you give Google (and those we work with) a worldwide license to use, host, store, reproduce, modify, create derivative works (such as those resulting from translations, adaptations or other changes we make so that your content works better with our Services), communicate, publish, publicly perform, publicly display and distribute such content. The rights you grant in this license are for the limited purpose of operating, promoting, and improving our Services, and to develop new ones. This license continues even if you stop using our Services.”

So what you put on google can be used by google in any way google wants without your consent, even after you’ve been taken it down. You can contest it, sure. That’s your right. Maybe argue that this doesn’t constitute ownership. But remember that Google has deep pockets and an 400-strong army of lawyers, and even if you were to win in a lower court, they could still appeal. The cost of an appeal would be negligible to them and you would likely never see the end of the appeals process rather than the inside of the Supreme Court before your money runs out. So it’s in most folks financial interest to just let it happen, whatever it is, and seek life elsewhere.

But sometimes on the playground the bully picks on the wrong kid. He looks smaller but actually has that weird wiry-kid strength, and even worse, he has the support of other kids who are tired of the bully throwing his weight around. That’s Oracle.

Here’s what The Songwriter’s Guild of America wrote in their amicus brief,

“[W]hat is good for Google is not synonymous with what is good for the public. […] In fact, a ruling for Google would be “promoting” software innovation only in that the purported “innovation” would be furthering Google’s private interest—i.e., using works without permission or a license fee.”

So no. This Supreme Court battle isn’t just about Google’s misuse of 11,000 lines of unlicensed code, and the money they owe Oracle. It’s actually about whether or not we actually own anything that we put on the internet, and whether or not company’s like google have the right to use it in any way they want. It boils down even further into one singular question:

How long are we going to let these companies push us around?

Full Self Driving: fact or fallacy? EVs and Autonomous Driving.

Google (GOOG.Q) controls the flow of information and is now coming for your money