Powell: “Nothing about this expansion that is unstable” 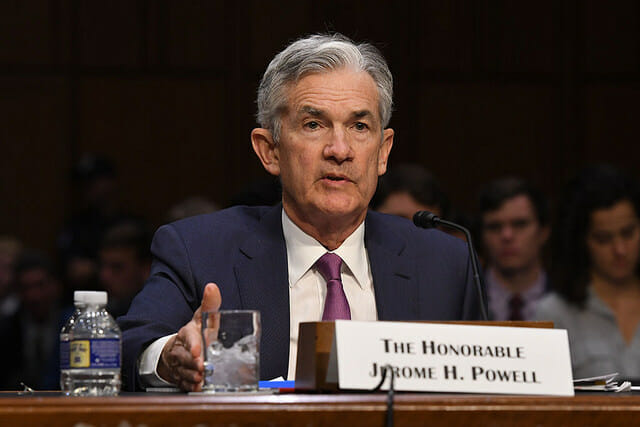 A translation of this article is available in Chinese at our content partner NAI500 here.

“Quis custodiet ipsos custodes? | Who will guard the guards?”

Federal Reserve Chairman Jerome Powell said that the Fed is keeping a close eye on the possible fallout and impact of the coronavirus outbreak in China. Powell hasn’t made any claims yet as to what this means either in terms of possible liquidity injections or a rate cut.

The FOMC thus far has signalled that it plans to leave rates unchanged, barring if the global marketplace demands a “material reassessment” on policy outlook.

When asked a question about the current economic conditions, Mr. Powell made an interesting remark by saying that “There’s nothing about this expansion that is unstable or unsustainable.”

Allow me an attempt to prove otherwise.

On that note, here are some facts about the current state of the economy:

Total US household debt rose by $601 billion in the fourth quarter from a year earlier, or 4.4%, crossing the total debt mark for $14 trillion for the first time.

This amount is $1.5 trillion above the previous peak in Q3 of 2008. Mortgage borrowing and student debt are both on the rise, as well as auto loans.

In a strong economy boasting a strong labour market, American Credit Card debt rose to a record in Q4 2019. The total outstanding amount that consumers owe in credit card debt now sits at $930 billion, well above the previous peak before the 2008 financial crisis.

In a low-interest-rate environment, refinancing mortgages is an attractive way for banks to make money.

According to Research Group Inside Mortgage Finance, lenders have extended over $2.4 trillion in home loans last year, the most since 2006. This is a 46% increase since 2018.

On the one hand, refinancing a mortgage at a cheaper interest rate could be seen as a good sign for the economy, as it leaves consumers with higher disposable incomes that can spur consumption and investment.

Here’s my argument about why I think this is unsustainable.

Since we also have greater borrowing, let’s reframe the argument :

3. This should improve one’s real (disposable) income
4. Increase in real income improves the real creditworthiness of a household/individual
5. Improvement in creditworthiness means you can borrow more ( not that you should )
6. You borrow more to spend more because the cost of borrowing is cheaper.

This, however, is not the case.

The reason I don’t side with Mr. Powell on the “sustainable” expansion rhetoric is that the total number of delinquencies – payments late by 90 days or more on outstanding credit card debt also rose.

This means that a) either a proportion of the population is systematically not doing well, or b) you have looser lending standards by banks.

In either case, it means that people are beginning to borrow more than they can afford to pay back, the classic starting point of inflated asset prices – and then bubbles.

Again, I’m not a permabear, my job is simply to report on, and highlight the inconsistencies if and where I see them. There’s a massive difference between what the Fed chairman says how things are and what they actually are.

This is a conversation, and if you have any thoughts on the matter, I’d love to hear from you about this! As always, your thoughts, suggestions, and replies are always welcome.