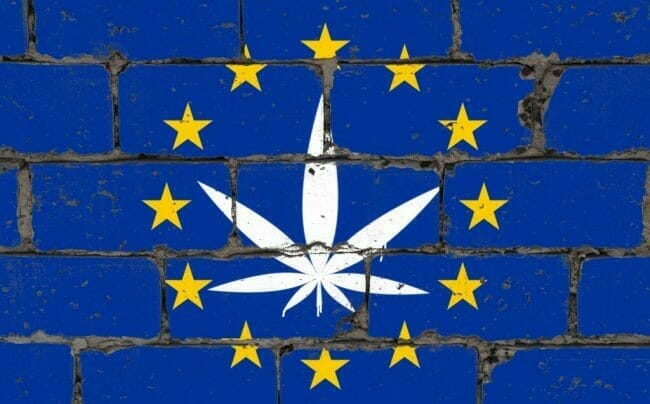 This LOI complements a previous distribution deal made with Wright & Well CBD therapeutic products in Greece and Cyprus, which is part of Yield’s plan to slowly move their distribution chain throughout the emerging european CBD market.

“This plan to acquire Canniva Capital and take the resulting issuer Canniva Botanicals public as a partially owned subsidiary is part of Yield Growth’s intention to build long-term value for our shareholders by building our subsidiaries, financing them and taking them public with independent management teams,” said Penny White, chief executive officer of Yield Growth.

Canniva will need to raise $1 million at $0.10 a share for the acquisition to go forward, but once it does Yield will have an obligation to go public and get listed on a stock exchange either by IPO or RTO within six months. Yield Growth will then own 50 million shares and 70% of the new company.

The growth of the cannabis market in Europe hasn’t been as explosive as that of the United States, because of the various regulatory differences between the countries. But there’s a movement underway spearheaded by the World Health Organization to reschedule cannabis, and a vote due in 2019 by European Parliament to increase EU nations’ access to medical cannabis, and do more research on its public health effects.

“Our main priority is informing national and EU institutions about the opportunity that this treatment is offering. The use of cannabis for medical purposes was forbidden for so many years due to the strong national laws on narcotics that there was no opportunity of gaining experience with cannabis,” said Sita Schubert, secretary general of EUMCA.

The European Union is planning on adopting Germany’s approach to medical cannabis regulation, according to the European Medicinal Cannabis Association. Under the current German narcotics laws, you can do five years in prison for simple possession, but authorities are not required to prosecute for small quantities, unless someone were to do something stupid like smoke in public or near children.

But Angela Merkel’s Christian Democratic Party (CDU) is taking that a step further:

“Cannabis could be freed for personal use, of course with controlled production and distribution. The resources freed in the police and judiciary should be used to fight the illegal trade,” said Marian Wendt, the interior policy spokesmen for the CDU.

The Eurozone carries countries with a lot of debt and legalizing cannabis could easily produce another avenue for tax revenue for the aggrieved areas, especially with the spectre of an economic downturn haunting us at every corner. It’s clear from the accelerated rate at which Germans are enjoying the benefits of medical cannabis, which has put the country at number three on the list of the top largest non-North American markets, that there’s a market there. We don’t need the Brightfield Group to tell us that Europe’s CBD market is expected to grow 400% over four years and be worth $1.7 billion by 2023 to know it’s going to be lucrative.

We just need parliament to do their jobs and legalize it already.

After that, there’ll be nothing to stop Yield’s expansion.

Yield Growth (BOSS.C) sets up clinical trial to determine whether mushrooms are good for weight loss