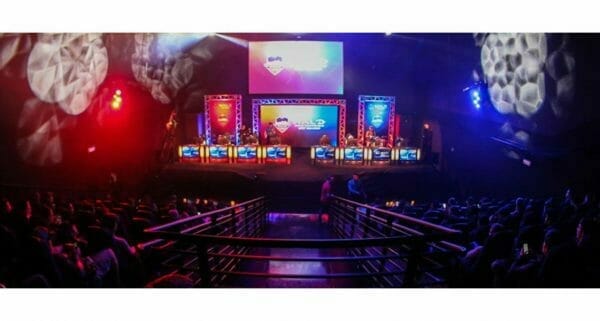 Let me say it now and get it out of the way. I’m old and I only have a partial understanding of the esports fascination, and don’t understand sim motorsports at all. I think of both like baseball—absolutely fun to play, but when forced to watch it, I’m bored stiff.

But what I do understand is that baseball is like a religion to its most rabid fans. These superfans take their game seriously enough to memorize the fine statistics on every baseball card they collect. They take their children to the games, buy season tickets and will travel thousands of miles to be there with their team for pivotal moments.

That’s the only universe where buying a social media platform makes sense.

For example, we have Millennial Esports (GAME.V), which signed an LOI to expand its e-sports and motorsport content creation and distribution platform by taking a controlling stake in the leading automotive YouTube channel, LetsGoRacing today.

The platform focuses on motorsport and esports racing content, and was created by the same guys who brought us The Apprentice. Since its inception in 2013, the channel has been viewed more than 40 million times by fans across the globe, who have watched 270 million minutes of content. That works out to 513 years of viewing racing, motorsport, gaming, features and esports competitions.

Alright. So that’s not nothing.

Here’s Darren Cox, Millennial Esports President and CEO, on why he chose this platform:

“Adding LetsGoRacing to our pending purchase of DriverDatabase.com has the same intention expand an engaged and passionate fan base by providing new products and content that blur the lines between esports and motorsports. The YouTube channel provides brands with a platform to engage with a key demographic. LetsGoRacing already has a passionate and engaged follower base, and we’ll be looking to expand that. It also provides us with a great storytelling platform for other exciting programs we have commenced including Worlds’ Fastest Gamer and our recently-announced Miami esports racing arena.”

LetsGoRacing co-founder Andrew Hill intends to add more content, increase live streams and add more storytelling to the platform with GAME’s help. They intend on adding more content like the Japanese Super Formula championship and the Nurburgring VLN series. LetsGoRacing will be the YouTube home for content from the GAME’s World’s Fastest Gamer finals, which kicks off next week in the U.S.

Ten racers from different gaming platforms will compete over a 12-day #CaliforniaDreamin motorsports tour for the chance to earn a real-world race drive valued at more than US$1 million.

There’s also the fact that motorsports aren’t exactly Overwatch and Fortnite, either. These games are niche even within the esports realm. These games make revenue by attracting eyeballs to advertisers, and they do so on a grand scale.

Still Gran Turismo draws in 10 million users, and the subscription-based racing sim, iRacing.com is active with over 50,000 active, and total franchise sales for sim racing games exceed 500 million units, which in terms of a fanbase, isn’t a bad start.

Engine Media Holdings (GAME.V) continues on with Gears Esports for another season