America kicks China’s ass at this one thing – and it’s going to push gold to USD $3,000 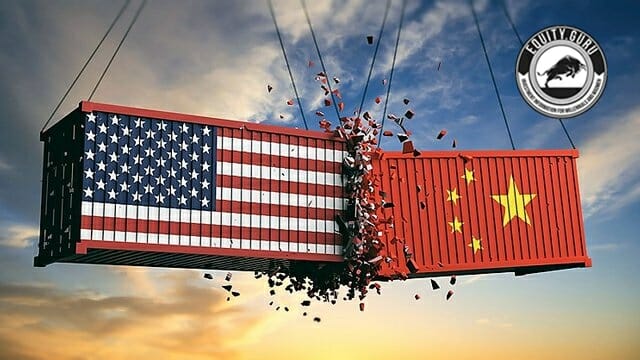 The U.S-China trade war has catalysed a furious debate about the cultural and economic differences between the two countries.

If you don’t have time to wade through a 30,000-word article, we highly recommend the Netflix documentary “American Factory” (2019, 115 min) produced by Michelle and Barack Obama.

The story is this: in 2008, GM shut down its Dayton Ohio car manufacturing plant because it was losing money (assembly-line grunts were making $29/hr).

With little education – and no government efforts to re-train them – most of the 20,000 laid-off Ohio workers were unable to find new jobs.

Imagine the excitement when a Chinese businessman, Cao Dewang, decided to re-open the Ohio plant as an automotive glass factory (Fuyao Glass America), re-hiring many of the idled ex-GM workers!

The excitement wore off fast.

The starting wages at Fuyao Glass America were $12.84/hr.

The American workers’ “output is pathetic,” stated Vulture Magazine, “The Chinese managers observe that they are ‘pretty slow. They have fat fingers’.”

“Cao and his ilk aren’t malevolent, exactly,” continued Vulture, “They simply equate productivity with happiness and expect American workers not only to feel the same but to be grateful for the opportunity to experience such happiness.”

Okay – big deal – American workers are a bit lethargic and have lower IQs than the Chinese – but the U.S. has a much bigger GDP, right?

Here’s a beautiful GDP graphic to prove it – courtesy of the talented crew at The Visual Capitalist. 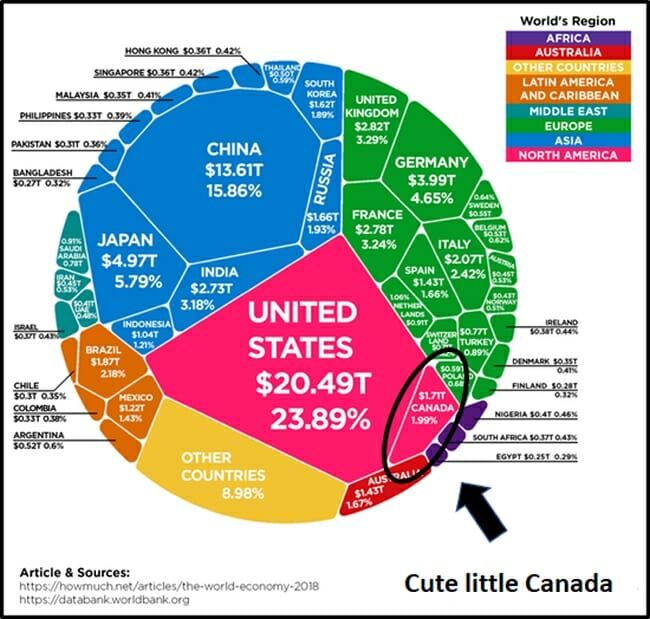 “The gap between China and the United States is narrowing,” stated The Visual Capitalist, “in nominal terms, China’s economy is now 66.4% the size.”

How can America be so economically dominant, with such a weak-ass workforce?

Because “workers” are yesterday. 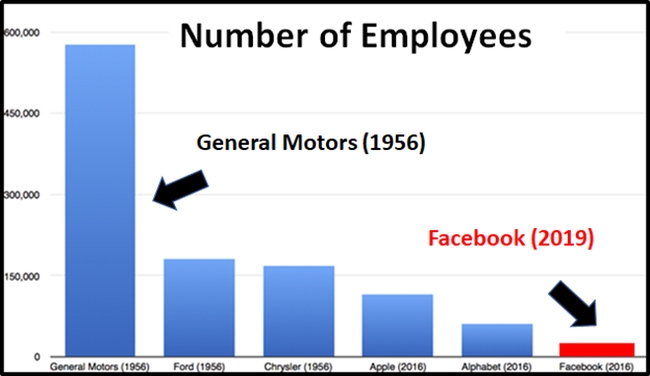 “These days, the number of employees is less important as automation and sophisticated programs take over,” confirms Forbes Magazine.

These tech giants incur fewer costs in comparison to those in the auto industry. Facebook and Alphabet generate the majority of their revenue from digital advertisers. And Facebook spends virtually no money on raw materials or keeping inventory. 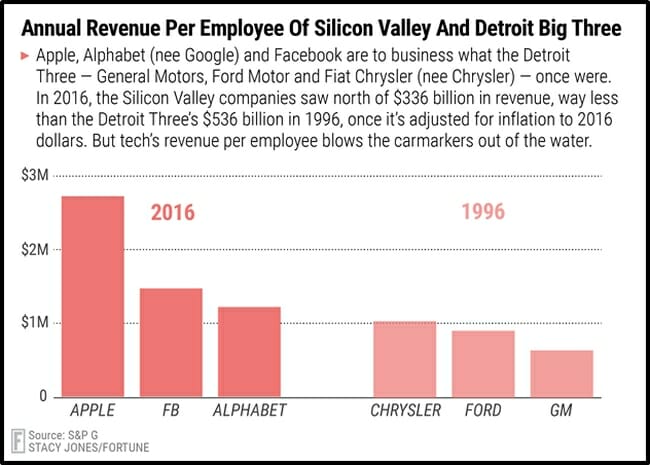 “Bringing manufacturing back to the U.S.” sounds great – but it’s going to jack the price of all the useless shit Americans buy to cheer themselves up.

In the old days, spending borrowed money was considered risky.

Americans are the greatest shoppers in the world!

This is their special talent.

Without U.S. shopping – the GDP graphic looks like this. 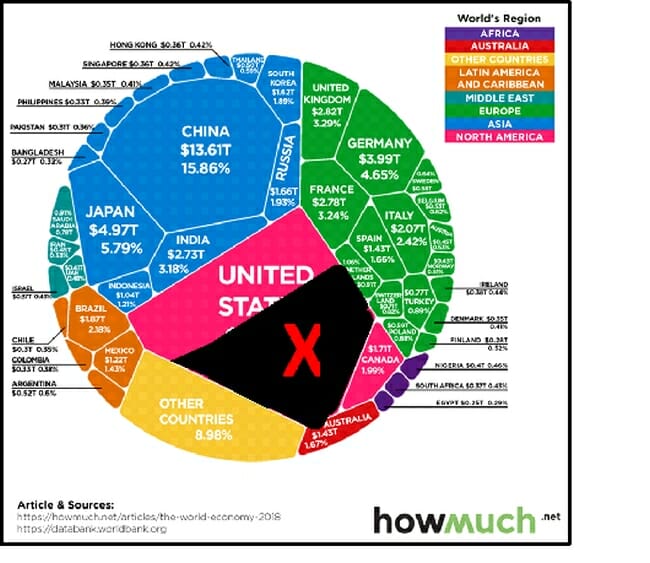 Shopping in China accounts for only 54% of China’s GDP.

They don’t get it!  They buy boring shit like groceries, furniture and new cars.

That means that U.S. consumers will have to buy less stuff, or borrow more money.

If you’ve ever tried living off your credit cards, you understand that “borrowing more money” to buy shit you can’t afford, is train-wreck in the making.

When the confidence in fiat currency finally implodes, there will be a stampede to gold.  Legendary mining investor Frank Giustra talks about it here.

Burkina Faso is victim to violent outbursts, most of which is attributed to the jihadist group Ansarul Islam – who have sworn allegiance to Al-Qaeda.  Understandably, it gets a lot of bad press.

“Our premise is that mining can be a good thing for the people of Burkina Faso,” we wrote, “in the same way that factories in China helped drag 400 million people out of poverty.”

This year, well-run gold companies have started to perk up. 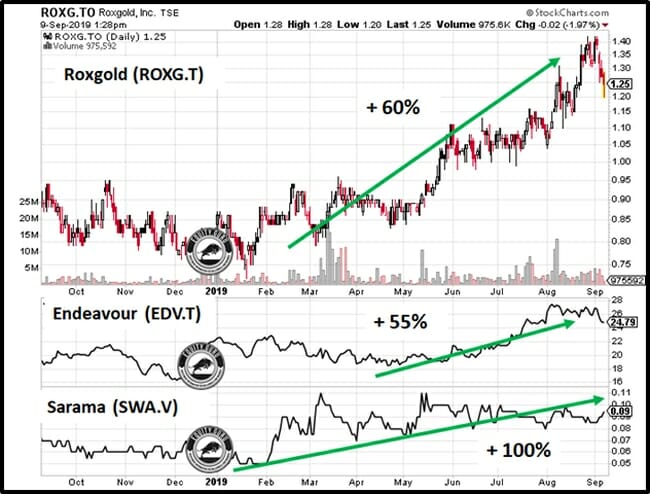 “What Cao [the CEO of Fuyao Glass] doesn’t grasp is that Americans no longer have faith in a social contract,” states Vulture Magazine, “It’s the worst of communism (become a cog, a zombie drone) and the worst of free-market capitalism (you’re expendable in all ways).”

There is only one winner.

Its name is gold.

Full Disclosure: Equity Guru has no financial relationship with the companies mentioned in this article. The writer owns stock in Roxgold, Endeavour, Sarama and West African Resources. 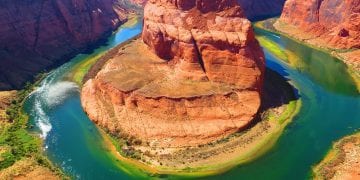 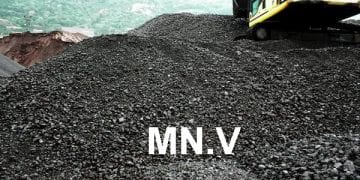