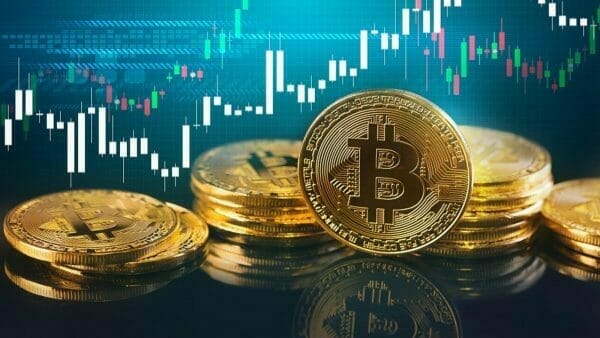 Originally, Satoshi Nakamoto intended Bitcoin to act as a hedge against the greed and incompetence of central bankers, which he saw as central to most of the economic woes of his time. Remember, of course, that Bitcoin was created during the aftermath of the 2008 housing crisis market meltdown.

It’s a popular sentiment among Bitcoin enthusiasts that cryptocurrency, because of its decentralized nature and relative freedom from the depredations of governments, could levy a threat to the established economic order. There’s some merit to the argument, but it’s got more facets than simply providing a decentralized medium of exchange independent of manipulation from central banks.

It sports the ability to go dark—meaning that movements on its blockchain are completely hidden—and that’s necessarily means that any variety of illegal activity can (and has) been done. It’s a strong argument for regulation, and in my view, the strongest argument. At least with Bitcoin, you can follow the numbers back to the block and find the end-user, effectively tracking every transaction.

Unlike an electronic payment transmission system there are no approvals for transactions. There is no bank to moderate the flow of transactions, and unlike a private currency issuer, they cannot invalidate the currency, set limits and expiration criteria, or play any other stupid legal games with terms and conditions. Cryptocurrencies use the internet for speed, while also being based off of blockchain technology to prevent counterfeiting and ensuring authenticity.

All of these factors combined mean that some governments will see cryptocurrency as a threat to their monetary policy, as they have no control over mechanisms such as interest rates, currency in circulation or other aspects of modern economic regulation. Because it’s so difficult to track and tax, (although governments are working on this) it can even have an effect on fiscal policy.

Some countries have recognized the inherent threat behind cryptocurrencies, while others have seen only opportunity, and a desperate few have sunk their hopes into it. A fourth column includes the countries that are either in the middle between threat and opportunity.

No country has realized their full potential.

Cryptocurrency is technically legal in India, but the government’s attempts at regulation have made dealing in crypto prohibitively difficult. First, the Reserve Bank of India banned banks and any regulated financial institutions form “dealing with or settling virtual currencies.”

India’s Ministry of Finance released a crypto report, including a draft bill to ban cryptocurrencies on July 22, a day before the Indian supreme court was scheduled to hear the case on crypto.

“Different parts of the crypto community has been trying to make the government officials aware of the benefits of crypto from the last 24 months or more. However, the flawed crypto report suggests that the inputs from the community were never taken into account while preparing the report. We’re going to reach out to our elected members of parliament in India as they will be the final authorities to decide whether this report should be adopted,” said Nischal Shetty, CEO of local crypto exchange Wazirx, told news Bitcoin.com.

If this fails and cryptocurrencies end up illegal in India, then India will lose out on $12.9 billion worth of market activity, according to Sidharth Sogani, CEO of crypto and blockchain research firm Crebaco Global.

Another unforeseen effect of cryptocurrency is that governments would use it to circumvent international economic policy machinery, such as United States sanctions. This is exactly why Venezuela launched the petromoneda (called simply, The Petro) in 2017. It was backed by the country’s oil reserves, gas, diamonds and gold reserves and intended to supplement their failing  bolívar fuerte currency as a means of circumventing U.S. sanctions.

On 20 August 2018 the bolívar soberano  was introduced, with the government stating it would be linked to the petro coin value.

Even if the petro turns out to be a scam, as many of its detractors think it will, it still suggests a positive turn of attitude towards cryptocurrency.

It will need it because Venezuela’s currency, the bolivar fuerte, is useless after suffering from drastic hyperinflation.

The effects were widespread. Three million Venezuelan’s sought a better life elsewhere. The price of essential goods like toilet paper and medicine soared, and crime and desperation mounted.

It makes sense that cryptocurrency would take off in a country like Venezuela, because it effectively cut out the necessity for banks, and was beyond the reach of governments.

Iran has a different take on cryptocurrencies. While a new law passed August 4 by the Iranian government makes it clear that the government does not recognize cryptocurrencies as legal tender when it comes to payments or trading, they’ve authorized mining as an industrial activity.

Now that mining has been officially authorized, entities engaged in the activity will be required to seek a license from Iran’s Ministry of Industry, Mine and Trade.

The subsidized energy rates, which are presently at a half-cent per kilowatt, have drawn miners from all over to relocate their operations to the country.

The downside here is the exorbitant taxes that prospective miners will need to pay, which may deflect interest away from Iran.

“Final costs remain to be seen, but if they turn out to be too high, miners will immediately shift their whole operations abroad to more friendly neighbouring destinations, including Georgia, Armenia or even Iraq,” said Hamed Salehi, cryptocurrency expert.

China’s relationship with cryptocurrencies is perhaps a bit more predictable than Iran or Venezuela: they tried to stomp them out, and then realizing they can’t do that, they’re trying to beat them at their own game.

“China, who has previously banned ICOs and cryptocurrency trading, has called bitcoin a ‘safe-haven asset’ (via its state-run media agency) and is now reportedly stepping up its own efforts to create its own cryptocurrency, following Facebook’s unveiling of Libra,” said Corentin Denoeud, CEO and cofounder of Blockchain Studio.

The rest of the world should take note of what’s happening in China. The country banned cryptocurrency exchanges (including Bitfinex, Binance, Huobi and OKEx) and ICOs and crypto-enthusiasts took their economic aspirations outside of Chinese jurisdiction.

“It is common for people to use VPNs [virtual private networks] to trade cryptocurrencies, as many exchange platforms relocated to Japan or Singapore. I think the new move literally means it would be even harder to circumvent the ban in China … people promoting related business programmes may be arrested,” said Donald Zhao, a bitcoin trader who moved to Tokyo following the ban.

Most VPN’s will let a user avoid detection, intrusion and surveillance.

When Facebook (FB.Q) introduced their white paper for their Libra cryptocurrency, the People’s Bank of China sat up and took notice.

Concerns regarding currency competition, and about an inherent challenge to their economic sovereignty arose, they started putting their heads together to come up with a counter to the threat offered not just by Libra, but by all cryptocurrency.

For right now these are only rumblings and rumours because the overall fate of Libra is unknown, but the future prospects for a cryptocurrency backed by the Chinese government aren’t just smoke.

Most countries don’t know what to do about cryptocurrencies. Every country sees something different in them: some view them as an economic saviour, while others see them as a threat and a scourge. Still other recognize an inherent opportunity when they see one, and seek to capitalize.

But if there’s one fact that should be abundantly true in all cases it’s they’re not going away anytime soon.