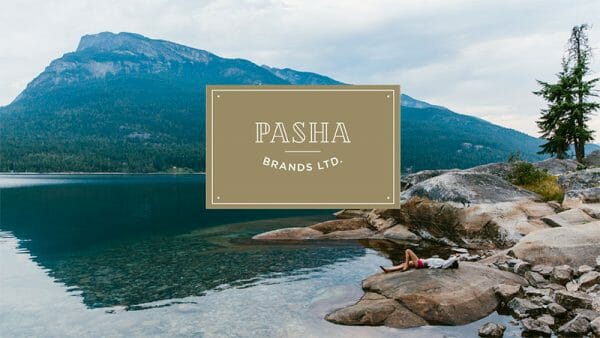 Tight regulations mean companies need to get creative to get their product to market and still remain compliant, and nobody knows that more than Pasha Brands—so much so that they’ve built their entire business model around it.

Pasha acts as a bridge between craft cannabis growers, that would otherwise lack representation or avenues to get their product to market due to government regulations, and government approved manufacturers, branders and retailers.

“Through BC Craft Supply Co., small craft producers throughout Canada will now have nationwide sales representation for their world-famous craft products – without ever having to make a sales call. The Great North leadership team’s experience in the wine and spirits sector translates well into the newly established Canadian cannabis industry and is of great value as we look to build our business throughout Canada,” said Jason Longden, CEO of Pasha.

The partnership allows Pasha to leverage Great North’s nationwide sales and distribution network, including their sales and marketing teams, and established network of government cannabis distribution boards and private retailers.

Great North’s reach extends from coast to coast across Canada, including relationships and expertise in both the public and private retail sectors. Great North borrows data analytics capabilities from the wine and spirits industry and applies them to cannabis, providing suppliers with a data-driven approach to selling cannabis.

Under the agreement, BC Craft Supply Co. will purchase cannabis products from licensed micro-cultivators for processing and sell the finished products through provincial and territorial government distribution systems in Canada.

Craft cannabis, like craft beer, involves experimentation and specialization, and that’s hard to do in such a tightly regulated market.

The federal government legalized cannabis and downloaded it on the provinces, and most of the provinces immediately slapped enough regulations to effectively strangle most of the life out of it. It’s unfortunate, but the provinces have set up distribution models that make it nearly impossible for craft growers to participate.

For example, Ontario restricts online cannabis sales to the Ontario Cannabis Store, and originally only allowed 40 bricks-and-mortar stores to open up upon legalization day, 22 of which are currently open. Right now that means that the only weed available is from the big LPs that can afford to navigate the hazardous licensing waters.

The rallying cry went out in B.C. last year, spearheaded by the Craft Cannabis Association of BC, which said small-scale operations were being pushed out of the emerging recreational market as provincial governments sign supply agreements only with LPs. The end result put 14,000 full-time people, mostly from smaller communities, out of work.

“Craft growers are using their knowledge, their unique strains, and small-scale, hand production techniques to provide a superior product,” said Rosy Mondin of the Cannabis Trade Alliance of Canada, and a board member at Pasha. “If they cannot distinguish themselves from the industrial mass production of the LPs, they will not survive.”

That brings us back to Pasha brands.

Last month, they signed and consummated a LOI to acquire Medcann, a fully licensed, Health Canada-approved processing and cultivation facility. Now they can provide more variety of strains and recognizable brands than government outlets, and with less risk.

Now that they have a wide distribution network, it’s not unreasonable that we could all be enjoying Pasha’s products quite soon.

Check in later as this story develops.