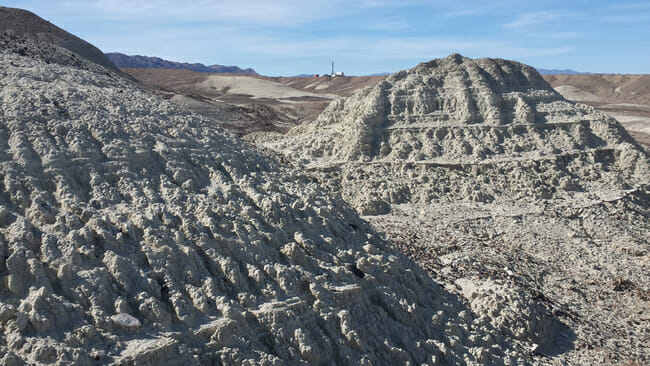 Cypress Development (CYP.V) was back in the news recently, hitting another milestone, de-risking its Clayton Valley lithium project in mining friendly Nevada.

By now we should all be aware of the role lithium (Li) plays in our daily lives. 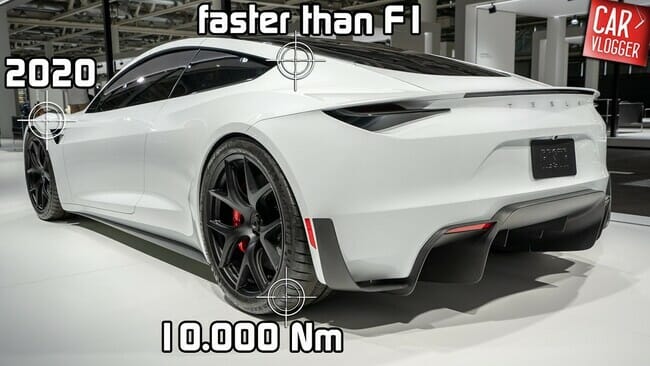 Supply and demand figures are always moving targets, especially for the raw materials underpinning the evolution of new technologies, but make no doubt about, the E-Mobility (Electro Mobility) supercycle has found a whole new gear. 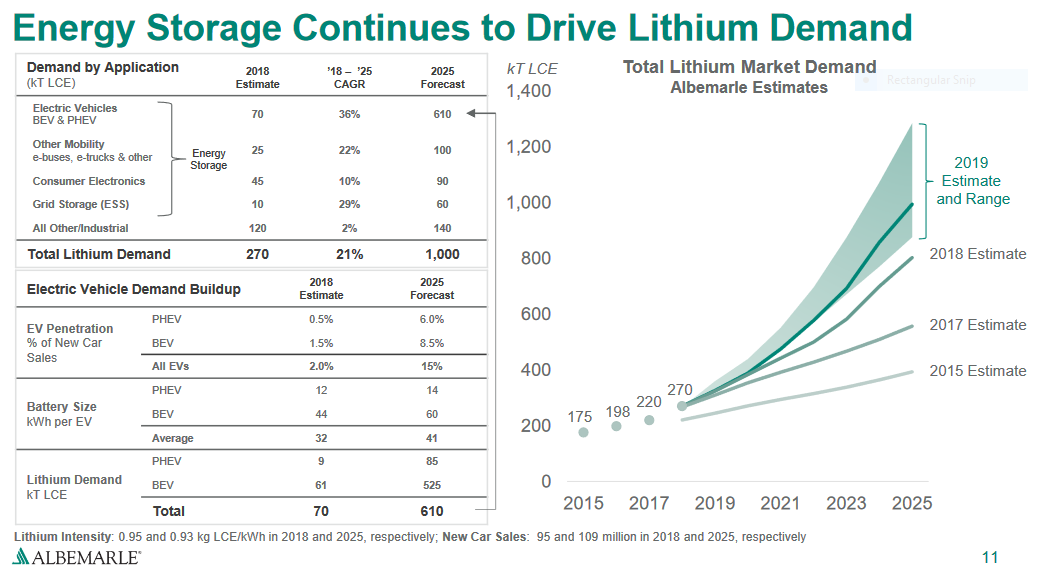 U.S. lithium expert Joe Lowry spoke recently to his supply side concerns when he addressed a packed house in Perth recently:

You’d think lithium stocks would be flying off the shelf right now, based on these future demand predictions. But strangely enough, good quality lithium development companies – those holding significant, strategically located Li deposits due to come online over the next four to five years – are doing the square root of dick. They’re trading as if there isn’t a supply concern in the world. They languish, unloved, under appreciated.

One explanation is that money abhors a vacuum. A ‘vacuum’ is a fair characterization for the majority of today’s resource markets, though gold and silver stocks are beginning to show signs of life.

Today’s trader, investor and fund manager prefer large and liquid. They prefer big-cap stocks they can get in and out of at the drop of a hat.

It’s like a twisted shell game, except there’s more riding on this one than the average investor will ever know… until it’s too late.

This unloved status for all things resource related will change soon enough, when real cracks begin to develop in the global equity hierarchy; when money retreats from overpriced big-cap entities and begins rooting out real, tangible assets.

My thinking (fwiw): when smart money moves into these smaller companies, and I’m betting it will, it’ll be like trying to force the contents of the Hoover Dam through a garden hose. Credit goes to Doug Casey for that bit of literary brilliance.

This world-class lithium-bearing claystone resource is strategically located next to Albemarle’s Silver Peak mine, North America’s only lithium brine operation. 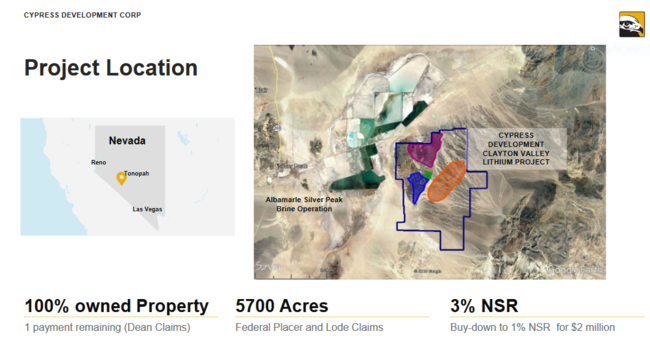 The resource breakdown is as follows:

This resource serves as a nice foundation. It was developed rapidly and efficiently, requiring only 2,000 meters and less than $1M to bring it to the preliminary economic assessment (PEA) stage.

It’s rare to witness these kinds of efficiencies in the junior exploration arena. CYP management deserves an effusive tip of the hat for this one.

Note that unlike lithium brine operations, which rely on evaporation to concentrate the alkaline metal, claystone mining scenarios produce LCE in a matter of hours, instead of years.

If you’ve been following recent events, you know that the company continues hitting one de-risking milestone after another, pushing Clayton Valley aggressively along the devlopment curve.

In the coming weeks, the company will table a highly anticipated prefeasibility study (PFS). This will be an important news event.

For those requiring a refresher, a PFS takes a closer, more comprehensive look at the economics of a project. Infill drilling – tightening up the spacings between drill holes and elevating the resource to the measured and indicated categories – adds greater certainty and validity to the number crunching. The PFS also includes metallurgical test work and the commencement of baseline studies.

This could be a major catalyst for the company’s share price as a PFS that meets or beats the PEA tabled earlier this year will likely attract a strategic partner, one with deep pockets.

The company has already had discussions with a number of interested parties who have expressed interest in Clayton Valley – a robust PFS will likely put them in a very receptive mood.

A note of caution: it’s important to understand that Clayton Valley is a clay-hosted deposit rather than your typical salt lake (salar) brine operation. There are no large scale deposits of this type currently in commercial production.

The market may be in ‘wait and see’ mode as some of the more advanced projects (Ioneer’s ‘Rhyolite Ridge’ project and Bacanora’s ‘Sonora’ project) push their clay-stone deposits towards production.

Having stated the caution above, mining technology advances rapidly. There are a lot of beautiful minds and innovative companies whose sole focus is to pioneer new processing methodologies.

Cypress has already demonstrated healthy extraction rates via an innovative leaching process of its very own.

One distinct advantage with a claystone deposit is that unlike salt lake (salar) extraction projects, where production levels are difficult to predict due to a host of variables (rain, snow, etc), these deposits are easier to scale and production rates can be tabled with much greater predictability and confidence. This is a key consideration, especially with the wacky weather events we’ve been witnessing around the planet in recent years.

Like Cypress, Lilac has some seriously good names on their board.

“Cypress has established one of the largest lithium resources in the United States and Lilac is excited to work with the Cypress team to move this domestic resource towards commercial production. The United States is home to a variety of important players in the electric vehicle sector and is an epicenter for innovation. This Nevada project has the potential to deliver the critical raw material needed by every North American automaker to compete over the next decade.”

The Cypress press release goes on to state:

Today, most lithium is produced from lithium brine resources in South America or hard-rock resources in Australia. Clay resources offer a potential new third branch of the lithium resource base and include large domestic United States resources such as Cypress’ Clayton Valley project. However, to date, clay resources have not achieved commercial lithium production due to technical challenges associated with lithium extraction. Cypress and Lilac are addressing these challenges together with a highly efficient and modern mining process.

Cypress has already developed an innovative leaching process which reduces the quantity of sulfuric acid needed to leach lithium from the claystone material.

Acid consumption is, by far, the largest cost driver for the Clayton Valley project (see reagents and supplies in the chart below).

A reduction in the consumption demonstrated in the PEA could have a very positive impact on the project’s economics.

The bolded text above is a significant detail. If the companies are able to use common, existing mining technology to complete the extraction process, Clayton Valley’s economics could become even more compelling.

This could also open up a universe of development synergies with existing producers. Cypress’ neighbor, Albemarle, is likely watching these developments closely.

Lilac extracted lithium from the clay leachate using Lilac’s patented ion exchange process. Following initial engineering work on the Cypress leachate, Lilac was able to recover 83% of lithium from the leachate while simultaneously rejecting greater than 99% of sodium, potassium, and magnesium impurities. The remaining lithium in the leachate can then be recycled back to the leaching stage to effectively allow further recovery of the lithium.

This is interesting. The fact that the remaining lithium in the leachate can be recycled back into the leaching cycle opens the door to even higher recoveries. We don’t have those figures yet. We’ll find out soon enough.

This is very positive news.

“Lilac’s results are promising and offers us another path forward to effectively recover lithium from our process solutions. Our project is a significant potential source of domestic lithium and we are pleased to be working with Lilac in applying their ion exchange technology.”

Importantly, this new process, and the positive recovery rates highlighted in this press release, will be factored into the PFS due later this summer.

Next stop for Cypress and Lilac: advanced engineering, a pilot plant – sights fixed on commercial development.

I could wage a fair argument that lithium stocks are ridiculously undervalued based on global demand expectations going forward. I could go further and say that Cypress is even more undervalued when compared against its peers. The following chart clearly demonstrates how completely out of whack the company’s valuation is.

Cypress is currently trading at roughly 0.7% of its NPV, while Lithium America and Bacanora trade at 2.6% and 11.7% respectively. Waaaaay outta whack!

I suppose I could ramble on for hours, but it all boils down to the fact that the market can be exceedingly obtuse.

I believe this current pricing inefficiency represents a unique opportunity to acquire an extremely undervalued company and asset, particularly for those with a medium to longer term investment horizon.

The market will eventually catch on. The upcoming PFS, due to be tabled later this summer, could represent a significant catalyst.

Postscript: take a look at Cypress’ corporate presentation – it has been updated.