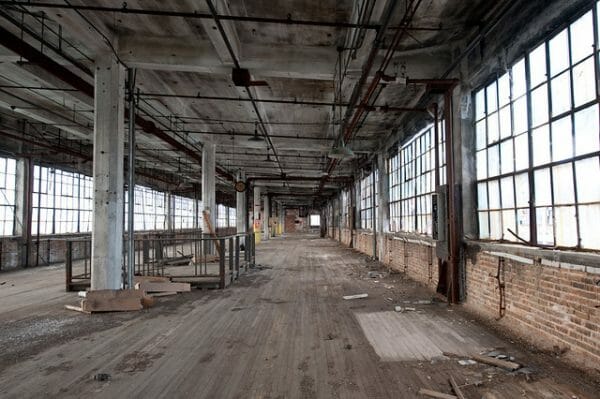 Michigan’s glory days are long gone. Detroit is a wasteland of crime, drugs and violence. The car manufacturers and factories have mostly disappeared in search of overseas opportunities, and with them went the heart and soul of working class America. Unemployment is rampant. Despair is a way of life.

Companies like Grown Rogue International (GRIN.C) are trying to make a difference as evidenced by their recent partnership with local cannabis retailer Inferno Gardens.

But even their stories need qualifying.

Grown Rogue’s entry into the Michigan market isn’t going to bring back the prosperity of the 1950’s, but at least it will provide some jobs, and more options than convenience stores and the unemployment line.

Grown Rogue is a multi-state vertically-integrated cannabis company doing business in Oregon and California, and now expanding into the city of Muskegon, Michigan. Their partnership with Inferno Gardens will include a dispensary, and a 24,000 square foot indoor manufacturing facility with available cultivation and processing options when it’s in operation. It’s also going to provide jobs when the facility is finished in 120 days and the licensing is complete.

And they need these jobs because right now Muskegon’s prospects aren’t good:

Muskegon has seen the job market increase by 0.2% over the last year. Future job growth over the next ten years is predicted to be 21.0%, which is lower than the US average of 33.5%.

University in the United States is a luxury that only the rich can afford, which leaves Muskegonians with few options.

They can work long hours in the retail or tourism industries, and struggle to make ends meet while they wait for the chance to get into a janitorial or similar position at one of the big firms, like defense contractor, L3Harris Technologies (LHX.NYSE), or GE Aviation.

Those people are the talk of the bar on Friday night. These are the people they tell their children about—work hard in school, stay away from alcohol and drugs—and you too can get a job at L3 cleaning worker’s toilets.

But even those aren’t a given. There are no guarantees for the working poor.

Among Muskegon’s honoured commercial dead are Sears, and the Muskegon Mall, which all but killed the retail sector.

But at least now there’s a third option.

Voters went to the ballot box back in 2008 and told legislators to legalize medical use, and then followed that ten years later with 56% voter approval to legalize recreational use. Now the first recreational cannabis dispensaries are expected to open in early 2020.

“Our facility in Muskegon will have the capacity to produce approximately 4,000 lbs yearly of premium cannabis.  This translates to $13-14 million in yearly revenue using today’s average market prices in Michigan. We expect demand for high quality cannabis products in Michigan to continue to outstrip supply for many years,” said Jacques Habra, Chief Strategy Officer of Grown Rogue.

It’s not much, but it’s something to build on.