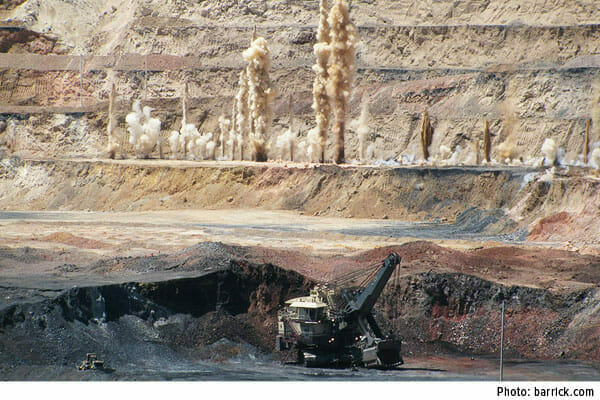 Earlier this week, we talked about the potential for an upside breakout in gold.

We talked about a little technical pattern called a Golden Cross, and how it might be cueing up a trend reversal.

We talked about the $1,300 resistance level, and the need to push past it before the metal gets cut loose. 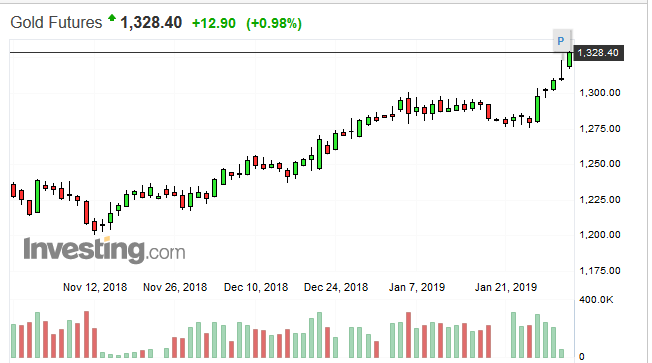 It’s beginning to look like we have a bonafide breakout on our hands here.

Of course, we can’t rule out a free-for-all between bulls and bears, a battle royale.

It wouldn’t surprise me if gold chopped around this level for the next week or two before launching its next assault on higher ground.

But then again, it could just continue to rip higher.

Read: Gold: uncharted waters – the technicals, the peak of discovery, the opportunity

… and the importance of assessing jurisdictional risk…

In this era of heightened geopolitical tension, protectionism, terrorism, despotism, what have you… there’s a strong case to made for elevating ‘jurisdiction risk’ to the top of one’s due diligence checklist. 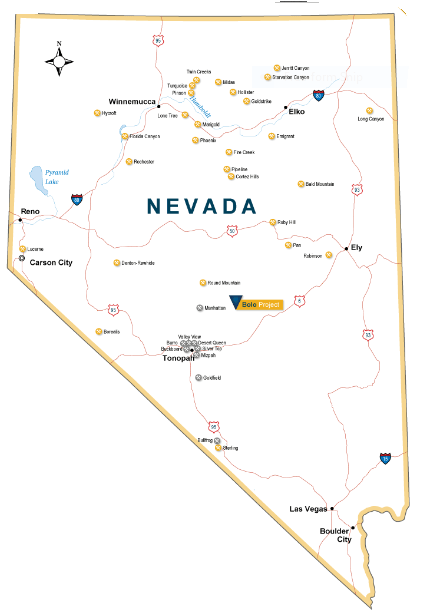 Nevada, in case you don’t know, is one of the friendliest mining jurisdictions on the planet, currently ranked number three by the Fraser Institute. It’s also top shelf in terms of global production where it’s currently ranked 4th in the standings.

Though money has been spent here, some US $3.3M, this is an under-explored piece of ground. No modern geophysical or geochemical surveys have been conducted on the property.

The project has heaps of untapped potential.

Bolo is a Carlin-type setting – its mineralization is similar to the Pinson, Lone Tree/Stonehouse, and Turquoise Ridge/Getchell gold deposits, all multimillion-ounce orebodies defined by high-angle structures.

Surface sampling has defined widespread gold mineralization along two parallel north-south trending faults – the Mine Fault and the East Fault.

Significantly, alteration along the Mine Fault has been traced for 2,750 meters – outcrop samples returned gold values of up to 8.6 g/t gold.

Modern-day geophysics and geochemistry will help fine-tune and prioritize these target areas. 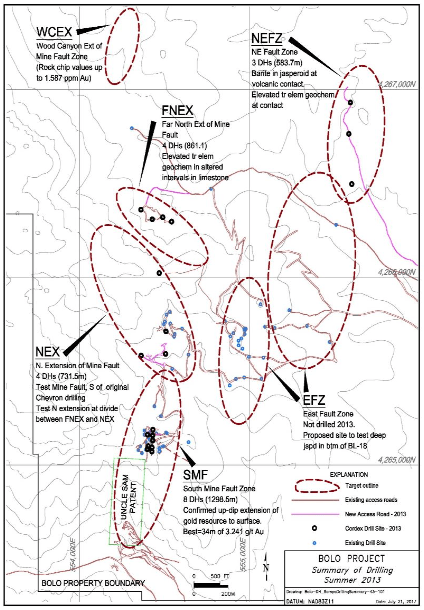 Drilling by Columbus Gold back in 2013 yielded a number of stand out intercepts.

From Bolo’s South Mine Fault Zone:

These are solid hits. If similar results were released today, in this market, they would attract an immediate following. 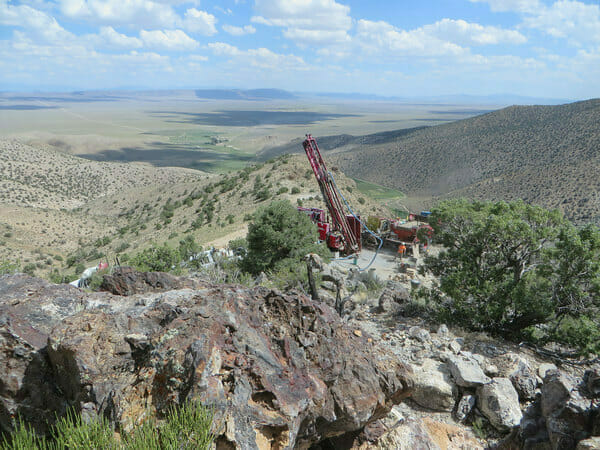 “If this is such a great Carlin-type property, why hasn’t it been making headlines?”

Great question. The fact is, Bolo once belonged to Columbus Gold (CGT.TO). It was tied up in their project portfolio for years, gathering dust, completely overshadowed by their Montagne d’Or project in French Guiana.

In a plan to unlock the value of projects like Bolo, Columbus spun off its U.S. exploration assets into Allegiant Gold (AUAU.V).

Allegiant, looking for a skilled and motivated team to do Bolo justice, joint ventured the project to Barrian.

The terms of the joint venture between Barrian and Allegiant are spelled out in a Jan. 22 press release:

Something to consider: Barrian negotiated hard to get that remaining 25% worked into the deal. Allegiant stood its ground, refusing to deal away the entire project. That speaks volumes. It says something about the value Allegiant places on Bolo. 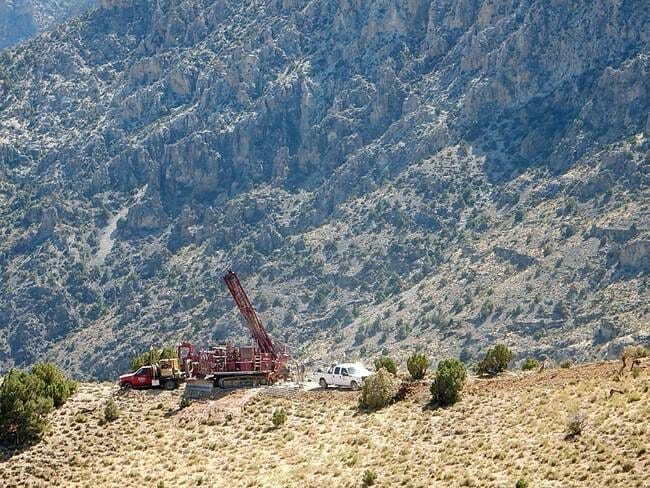 Barrian has immediate plans for Bolo…

For H2, a first phase exploration campaign will include:

Initially, the company plans to drill in the direct vicinity of where the historical holes cut significant mineralization. Example: DH-BL-38 and its 133 meters of 1.28 g/t gold from surface (including 30.5 meters of 3.24 g/t). From there, it’ll likely be a process of stepping out with the benefit of modern geophysical / geochemical surveys in hand.

Groundwork on the project could begin as early as the first week of February.

The are no permitting issues at Bolo – the company can build up to 77 drill pads. That’s a lot of freedom to probe the subsurface. They can go as hard as they want and as fast they want.

If gold suddenly goes on a tear, management won’t hesistate in adding rigs and meters to this first phase of drilling. “Drill baby drill’ will become their motto.

In addition to Bolo:

The company also has a past producing silver property in its portfolio. 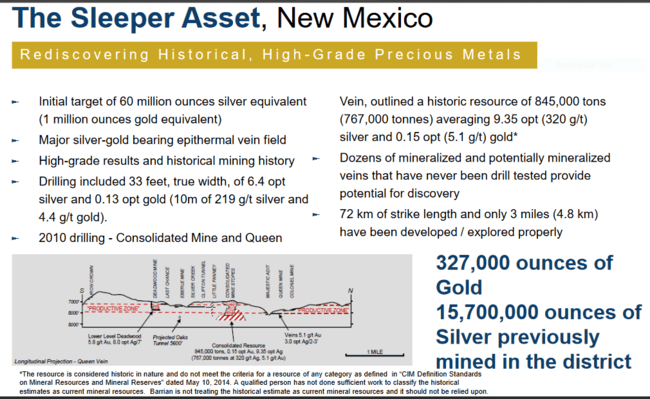 From the co’s investor deck.

Barrian is currently compiling data on Sleeper. If precious metals do indeed go on a tear, as I suspect they will, Sleeper will be roused from its slumber and subjected to an aggressive exploration campaign.

This is an impressive team.Their skillsets range from mining and capital market expertise to advancing and monetizing exploration assets. Bottom line, this crew knows how to deliver shareholder value.

*MINING FOR MILLENNIALS*: – that’s what’s on page one of Barrians investor deck.

Think again. The most successful video game over the last 10-years is Minecraft. Kids are obsessively mining for resources all day every day, pissing off their parents to no end.

That should be a big fat clue for mining execs looking for ways to draw greater attention to their stock.

Barrian is onto something here.

The traditional mining crowd is growing older. They’re growing less tolerant to risk. And mining is a high-risk arena.

High-risk investments are better suited to a younger audience – those with the benefit of time and energy to bounce back should they take a financial hit.

Equity Guru’s Chris Parry has been active on this front in recent days. In a very timely and potentially trend setting piece, he stated…

If you’re in business in the public markets and you don’t talk specifically to younger investors, you’re not likely to be in business in the public markets for long. The old audience – the one that doesn’t like our animated gifs and bristles when we put ‘motherfucker’ in print, the guys who send legal threats when we tear apart their pump and dumps and don’t understand what the Streisand Effect is – they’re dying off, year by year. And those who are still clinging to life are hanging on to their fixed income until the flesh falls away.

Parry’s offerings on the subject are must-reads…

Read: Mining for minors: Time for resource companies to figure out the money is in millennials

Barrian is backed by good people, a good asset, and a strong shareholder base. 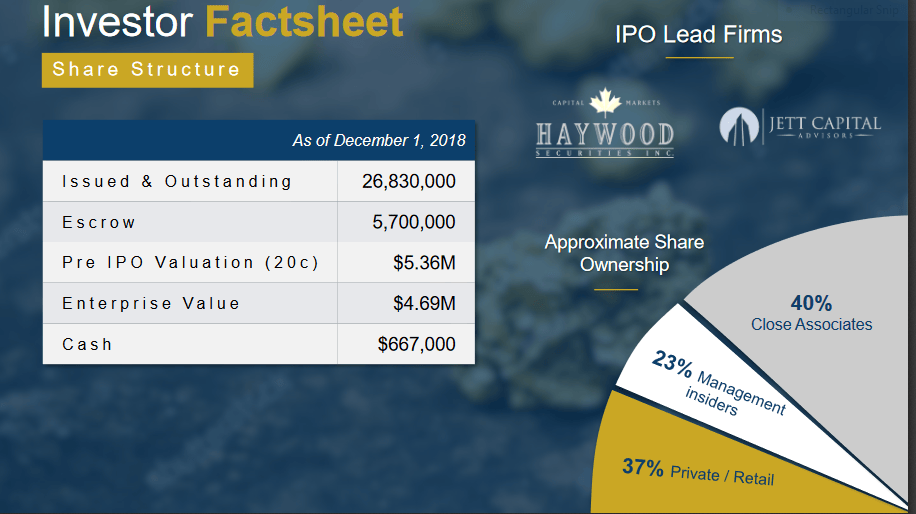 The company will come out of the gate with roughly $4M in the till and immediately put boots to the ground.

Lastly, it’s important to remember that gold producers are rapidly depleting their resource bases. Forced to scale back exploration spending during the lean years, they’re now desperate to replace those ounces. They’re on the hunt.